A daughter who alleges she was disinherited by her father for having a mixed-race child will seek leave to appeal from the Supreme Court of Canada, after the Ontario Court of Appeal earlier this week upheld testamentary freedom in supporting the man’s will. 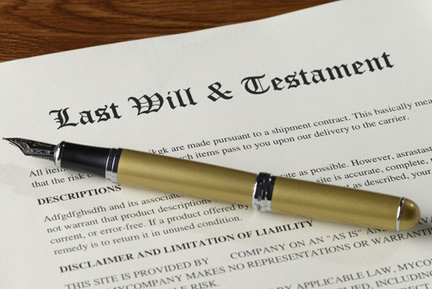 The deceased, Eric Spence, was born in Jamaica and moved to England with his two daughters, Verolin and Donna. In 1979, when Eric immigrated to Canada, he brought Verolin with him and left Donna with her mother, eventually losing touch with them.

Verolin claimed in her affidavit that her relationship with her father was close, and only soured after she told him that she was having a child fathered by a white man. Eric was emphatic over the years that her “white bastard son” would never set foot in his house.

When Eric died in 2013, at age 71, he left a will that bequeathed his entire estate, worth $400,000, to his estranged daughter, Donna. The will was unambiguous: “I specifically bequeath nothing to my daughter, Verolin Spence, as she has had no communication with me for several years and has shown no interest in me as her father.”

Last year, Superior Court Justice Cory Gilmore set aside the will, finding that the “clear and uncontradicted” reason for disinheriting Verolin was based on a racist principle, and that the man’s will “offends not only human sensibilities but also public policy.”

That decision, however, was struck down Tuesday by the Ontario Court of Appeal, which found in Spence v. BMO Trust that testamentary freedoms were absolute — that neither the Human Rights Code, nor the Charter, nor public policy arguments are sufficient to override someone’s final, private, legal bequest.

The decision also notes that, while third-party evidence points to an uncontradicted racist motive, the will itself contains no racist statement, and inferring one would open the floodgates to challenges by disappointed beneficiaries.

Estate lawyers will no doubt view the appeal court’s decision as a big win that protects the interests of their clients. Justin de Vries, counsel for the respondent, declined comment beyond saying that his client was content with the decision.

“The Court of Appeal gave its reasons, and they gave case law to support it, and they said were not going to allow the floodgates to open. I get that. It’s just a question of whether or not the Supreme Court of Canada will agree.”

While the appeal court suggests that legal and unambiguous bequests are sacrosanct, Deverett doesn’t believe an expressly racist will could survive a court challenge. And he says there are examples where human rights protections against racism have trumped private economic freedoms.

Deverett, for example, points to an article written by none other than Chief Justice Beverley McLachlin entitled “Racism and the Law: the Canadian Experience,” in which McLachlin cites the 1939 SCC decision Christie v. York.

The case involved Fred Christie, a black man who was denied service at the York tavern after a Montreal Canadiens game. Christie’s lawyer argued that Quebec’s laws forbade such discrimination, but the Supreme Court at the time was of the view that private commercial freedoms were absolute.

The 1939 decision states: “ . . . the general principle of the law of Quebec is that of complete freedom of commerce. Any merchant is free to deal as he may choose with any individual member of the public. It is not a question of motives or reasons for deciding to deal or not to deal; he is free to do either.”

The point being, times have changed.

“If that were to happen today, there would be no question that that would not be sanctioned by the courts,” says Deverett. “I think that maybe it’s time for our view of testamentary freedom to be re-evaluated by the Supreme Court.”