A meeting that took place between a client and Justice Harriet Sachs 16 years ago has disqualified her and two other two judges on a recent Ontario Divisional Court ruling in a child support case. It was in the same month Sachs was appointed to the bench 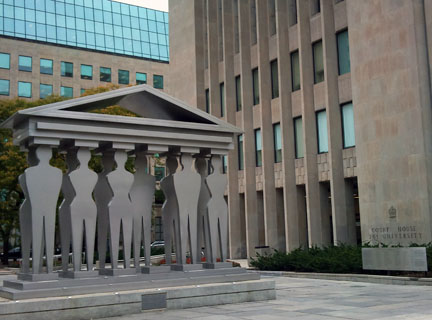 On March 5, counsel for “D.G.C.” moved to set aside the appeal decision of a panel from Jan. 13, 2015 authored by Sachs and agreed to by justice Eva Frank and David Brown.

Several weeks after the panel released its decision in the case involving a 15-year-old girl seeking child support, counsel for the father wrote to the court to advise his client had discovered that in late 1998 a solicitor-client relationship had existed for a brief period of time between Sachs and D.G.C. That solicitor-client relationship ended when Sachs was appointed to the bench Nov. 24, 1998.

Some correspondence from Jan. 11, 1999, on letterhead of the firm at which Sachs had practised, showed Sachs had advised D.G.C of her appointment to the bench and enclosed an account for services rendered.

At the time the appeal was first heard on Nov. 28, 2014, neither Sachs or D.G.C. had any recollection of the previous solicitor-client relationship.

D.G.C did not allege actual bias, instead submitted that his retainer of Sachs in 1998, when she was in private practice, and his disclosure of privileged information to her at that time, gives rise to a “reasonable apprehension of bias” in respect of the judge’s participation in the decision. D.G.C. said “such a reasonable apprehension of bias requires that the decision be set aside.”

“D.G.C. also deposed that during the course of the retainer he met and had numerous and lengthy discussions with Sachs J. During those discussions he disclosed everything about his case, including private details and privileged information, and he received advice, upon which he had acted.”

The man only recalled the relationship upon discovering a piece of correspondence during his preparation for a Feb 19, 2015 case management conference in the proceeding — some 12 weeks after the appeal was first heard.

“This was at the same time the applicant was bringing a motion seeking urgent child support. Coincidence? I think not,” says Jessica Braude, of Wilson Christen LLP who was acting, along with Jeffrey Wilson, for the child in the case.

“Even if they did find there was bias, the decision was a unanimous decision. He basically wants to start from the beginning,” says Braude. “We have a re-hearing March 27. We’re back at square one, wasting court resources. It’s just economic attrition.”

However, in light of the evidence, Justice David Brown wrote in his decision on the matter:

“. . . notwithstanding the passage of some 16 years since the time of the brief solicitor-client relationship, the lack of recollection of that relationship by both D.G.C. and Sachs J. prior to the release of the Decision, and the independent concurrence of Frank J. and myself in the Decision authored by Sachs J., in my view prudence dictates that the Decision be set aside, this panel stand down from this matter, and a new panel be constituted by the Associate Chief Justice to re-hear the appeal.”

Litigator Kevin Toyne says: “The court seems to have found there was a reasonable apprehension of bias and disqualifies the entire panel as a result of that.

“You would have expected the disqualification if it had been a 2-1 decision and Justice Sachs had been the deciding vote on the majority decision. But for the entire decision to be set aside when panel was unanimous, it seems the overarching concern that justice be seen to be done.”

Toyne, of Brauti Thorning Zibarras LLP, says if there are concerns about reasonable apprehension of bias, it’s usually best raised before the hearing starts, however parties rarely know who is going to be hearing their decision before the judges walk into court that day.

“That’s one of the reasons it’s often to make sure clients attend hearings because the lawyers may not always know there was a prior relationship. In virtually all cases the judge will have no recollection of it,” he says. “You don’t want to encourage litigants to lie in the weeds with issues of reasonable apprehension of bias and then raise them after they lose.”

The girl’s lawyers are bringing a motion to stay the original decision before the Divisional Court March 23 until the re-appeal hearing and re-appeal decision is released.