Delays in the criminal justice system have resulted in serious criminal charges and even convictions being stayed following the 2016 Supreme Court decision in R. v. Jordan, and change is desperately needed. 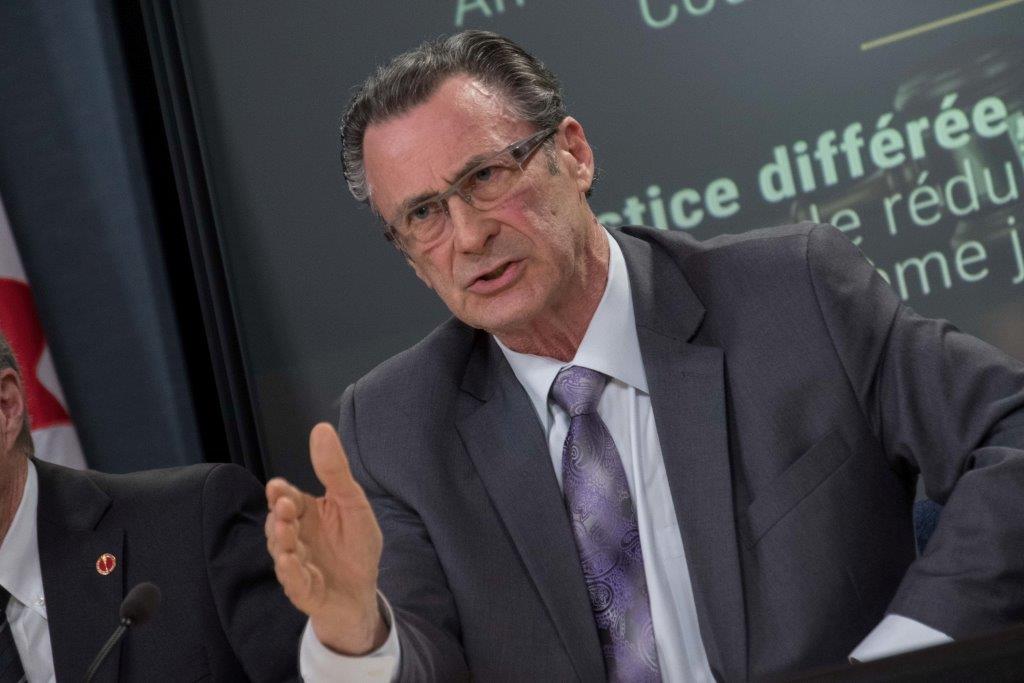 Offenders in serious crimes such as murder and sexual assault have had convictions quashed since then, and more than 4,000 stays have been instituted in Ontario alone, Senator George Baker, deputy chairman of the Senate committee, told Legal Feeds.

“You’ll see tens of thousands of cases thrown out” next year after the transitional provisions in Jordan are removed, says the senator. “We have a crisis on our hands unless necessary changes are made.”

In January 2016 the committee was mandated to review the roles of the federal government and Parliament in addressing court delays; its investigation involved public meetings from February to March 2016, and consultations with judges from Australia, the United Kingdom and other jurisdictions.

“We came to certain conclusions,” says Baker. One is that timelines should be established in the administration of criminal cases. For example, the senator says, the committee learned that it takes five times longer in Canada than in the U.K. to bring a criminal case to trial.

“In the U.S., and in every other comparable jurisdiction, they have timelines in the law; we don’t.” In the United States, no more than 100 days are allowed from the time a person is charged with a crime until the trial must begin, he says. “You have timelines in Europe, the U.S., the U.K., even Russia,” but not in Canada.

Most importantly, says Baker, “when you have very serious crimes,” such as for first-degree murder and child sexual assault, “there should not be a stay” — period. Travelling across the country, committee members saw that “it shocks the conscience of the Canadian community” when charges are stayed for serious crimes. It brings the administration of justice into disrepute.”

The Committee made 13 priority recommendations, among them:

• That the federal government amend the Criminal Code to include alternative remedies to stays of proceedings.

The committee recommends that the remedy for unreasonable trial delay be found in sentencing and in awarding costs. “Let’s introduce costs into criminal proceedings” as they are in civil proceedings, says Baker.

• That Superior Court judges be appointed on the day of a known retirement of a judge.

Most replacements of superior court justices are due to their mandatory retirement at age 75; their replacements should be in place and “ready to take over the very minute someone retires,” says Baker.

• That the Minister of Justice emphasize the need for judges to improve case management practices.

The Senate report called “the lack of robust case and case flow management by the judiciary … perhaps the most significant factor contributing to delays.” Baker says the court system is often bogged down in cases that are administrative and regulatory in nature. “Thirty per cent of all court cases in Canada involve administrative offences” such as violating a minor condition of probation or release, while serious criminal cases are delayed,” he says. “Those things can be taken out of the court system, and put in a different system.” And prosecutors try to prove each count brought against an accused, even minor, summary counts, when they should simply drop the minor counts in the indictment and focus on the major ones.

• That judicial officers be used in the criminal justice system.

In the Federal Court system, prothonotaries — full judicial officers who exercise many of the powers and functions of judges — are employed, at a pay rate of about 70 per cent of what superior court judges make. They also make the system work more efficiently by determining pre-trial procedural matters, says Baker, such as disclosures and applications for Charter violations. “We’re suggesting prothonotaries be introduced into criminal law, with the agreement of the provinces.”

• That there be full disclosure prior to trial

All evidence to be produced at trial must be disclosed before trial, and “any evidence introduced thereafter will need to be justified based on due diligence or previous unavailability,” the committee says in its report.

“Every single case where s. 11 (b) arguments [of the Charter, which guarantees any person charged with an offence the right to be tried within a reasonable time] exists, one of the issues is disclosure,” says Baker. This was the case in Jordan, and in Cody v. R., which the SCC will deliver judgement in tomorrow.

In December, the committee called on the Attorney General of Canada to request clarification from the Supreme Court regarding the transitional provisions outlined in Jordan. The Supreme Court’s approach to those will be seen tomorrow in Cody v. R., a Newfoundland and Labrador drug case with similar facts to Jordan.

“It will be interesting to see [if] the Supreme Court will expand the transitional provisions,” he says. As of next year, the timeframes established in Jordan for moving criminal cases through the court system will remain, but without the transitional provisions for dealing with cases already moving through the system when the Jordan ruling was released — unless the Supreme Court expands on these provisions. If not, Baker says, “we’ll have tens of thousands of persons convicted of serious crimes having their charges thrown out.”