If you were given a blank sheet of paper and asked to design your in-house legal department from scratch, what would it look like?

That’s a question posed by futurist and author Richard Susskind, to a group of about 50 in-house counsel during a Canadian Corporate Counsel Association Master Class yesterday in Toronto. 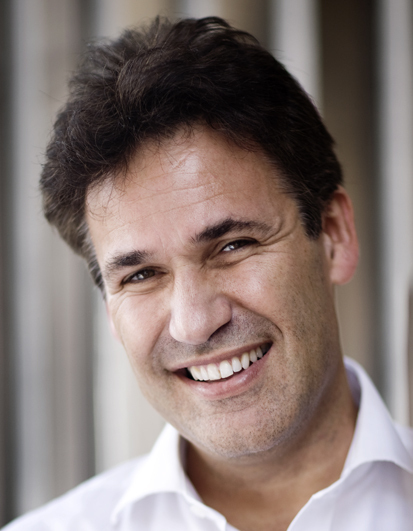 Susskind, who wrote The End of Lawyers? Rethinking the Nature of Legal Services in 2008, told the group if they feel they’re getting inefficient service from their outside law firms, they should sit down and look internally first and decide how they can collaborate internally and externally to deliver more legal services for less cost.

“What I find remarkable is that you all agree that in an ideal world you would do XYZ, but what are you actually doing? If you agree there’s a better way of delivering legal services, the challenge is how do we get there from here? What’s your strategy for the future and how do you have that strategy discussion with your department?”

Susskind says in-house counsel need an “collaboration strategy” that will take in to consideration how they will source all manner of legal services and use technology to prepare for the next five years — a period he predicts will bring significant change to the profession.

“It’s the more-for-less challenge,” he says. “It will define the next generation of legal services.”

While some general counsel claim they are upping their in-house head count because they feel they are farming out too much work at higher cost, Susskind says he doesn’t see that as the solution. Instead, there needs to be a better assessment of staffing levels for legal tasks that may include more hiring of paralegals rather than adding more lawyers, and better use of technology.

He also spoke about the commoditization of legal services and an argument that many matters shouldn’t fall under the category of specialized services.

“A lot of us regard legal work as bespoke but there are more efficient ways of dealing with standard legal matters and I believe a lot of legal work is going this way,” he says, pointing to tasks such as document review and drafting of contracts. “The truth is there is a lot of routine and repetitive work going on by lawyers at unnecessary expense at high hourly rates.”

He sees certain matters becoming standardized, systemized, packaged, and commoditized. Where work is considered routine the competition is going to be strong and that is where in-house counsel need to look closely for the best vehicles for delivering those legal services.

By the end of this year, Susskind says the legal profession must move into what he sees as phase two of a progression towards more re-sourcing and computerization of legal services.

In-house counsel also need to be more vocal about what they want from their law firms, suggesting they don’t just need reactive help but legal risk management services.

“General counsel tend to underestimate the power they have over the legal market,” he says.

“One of the running themes I hear from general counsel about their law firms is: ‘Our external law firms are good, they’re aggressive but they are a little too reactive — they simply respond to questions we put to them — they aren’t proactive. We don’t want dispute resolution we want dispute avoidance, and we don’t want legal problem solving, we want legal risk management. We want defence at the top of the cliff, not at the bottom of the cliff.’”

Susskind suggests in-house counsel approach their outside law firms with a technique to start to change the discussion around the way service is delivered.

He suggests asking law firms to show how they would resource a series of cases that have already been completed and compare the proposals with what actually happened.

When it comes to alternative free arrangements he offered this advice: “When a law firm comes to you with alternative pricing ask them 1) Will it be less profitable for you? and 2) Will you be working differently? If the answer is no to both, then you should see it as just a different form of packaging. None of these firms wants to be less profitable.”

Research, he says, shows that going to alternative fee arrangement can trim 10 per cent off a legal spend.