As of lunchtime today, Heenan Blaikie LLP has lost at least 11 more lawyers to rival firms and sources say the partners will be voting on the firm’s dissolution at a meeting tonight. 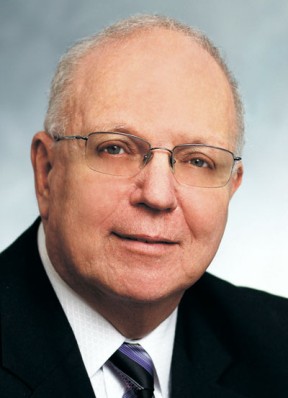 While rumours of the firm’s demise have been swirling for months with a series of high-profile lawyers leaving the firm, the pace has become quite dizzying in recent days.

As Legal Feeds reported on Monday, Heenan Blaikie’s senior partners have been discussing the future of the firm, amid financial woes said to stem from the tough economy and the completion of several major files.

There have been a long string of departures in recent months, but these appear to have accelerated in the past week and sources today said a partnership vote on the firm’s future will come as early as tonight.

He says: “I came back from Florida on Jan. 14 and went to a meeting, where they indicated they were doing some financial restructuring, or downsizing, and I was taken aback.”

Two firms approached him with offers, he says, but he was not interested until Heenan Blaikie's problems became more apparent after a meeting on Jan. 20. A deal was struck last Friday night. Lean was counsel on contract with Heenan so had no equity in the firm.

Another lawyer who left the firm recently noted while Heenan was aware of its problems and seemed to have ideas of how to tackle it, “Heenan exacerbated the situation for themselves by not moving fast enough.”

Heenan, like most other firms, is feeling heavy revenue pressure. The former Heenan lawyer says clients are now demanding steep discounts of 25 or 30 per cent. While the firms keep raising hourly rates, there is heavy discounting — sometimes suicide pricing — at the other end just to keep the work.

There’s an over capacity of lawyers in Canada, he says, and work is slowing down because of lingering economic uncertainty. As a result the corporate market in Toronto and across Canada is flat, with every firm feeling it. That is often hitting lawyers who can bill out at higher rates.

If the partners do decide to formally to dissolve, it will likely be an orderly wind down. There would be a negotiation with creditors, like landlords, banks, IT services, etc. Money will have to be paid out to get out of all those debts. Then comes the staff, who will get paid out and the rest is divvied up among the partners.

Given its current financial situation, one source says the firm will be able to dissolve its commitments to leases, and some long-term contracts but there likely won’t be much left for staff severance packages.

This source says the partners who have just left are unlikely to get anything in terms of their equity commitment paid back if the firm does dissolve. Most probably realized that, so they either negotiated with the firm they are joining, or they realized that they would be in a worse situation if they stayed, so they just forfeited their equity.

Fasken’s managing partner for Ontario Martin Denyes said: “We are pleased to welcome such talented individuals to our firm. The addition of these new members to our team is a great complement to our existing practices and represents significant growth for the Ottawa office.”

They include Chantal Slyvestre, who headed up that city’s real estate practice and was a partner with the business law group. She has joined Dentons as a partner and will lead the firm’s real estate team in Montreal. Slyvestre is joined by former Heenan partner Michel Poirier, who joins as counsel, as well as associates Sara Reid and Jonathan Nuss, and notary Marjolaine Arès.

In a written statement, Dentons’ Montreal office managing partner Claude Morency said: “The arrival of Chantal Sylvestre and her team brings leading expertise to our office in matters involving real estate law. Our financial services group is now stronger than ever with the addition of Joel and Marie-Josée.”

Montreal was previously the biggest office in Heenan Blaikie’s real estate practice; it is unclear on the status of the rest of that practice group. On Monday, Denise Lash, a partner in the firm’s Toronto real estate team, posted a note on its Condo Reporter web site saying it was “business as usual” for the condo practice.

Bhattacharjee has joined BLG as a partner and national vice chair of the firm’s competition and foreign investment review group. BLG’s national managing partner and chief executive officer Sean Weir said: “We are delighted to have Subrata join our growing competition law practice.

DLA Piper is in talks to pick up a group of partners out of Heenan Blaikie’s Toronto office, according to two sources with knowledge of the matter. DLA Piper declined comment. It could not be determined which partners DLA Piper was speaking with.

Some firms have been “overwhelmed” by the sudden upturn in interest from partners looking to make a lateral move, says Carrie Heller, president at The Heller Group Legal and Executive Search.

Firms are contacting partners directly, as well as being approached by partners interested in a potential switch, she says.

“It’s an interesting time if you’re a non-Heenan partner looking to make a move,” she says, adding: “The timing is more challenging, because there’s such a sense of urgency with the Heenan partners.”

While firms are always interested in partners with solid books of business, associates looking to switch firms may face greater difficulties, she warns.

When mid-sized Toronto firm Goodman and Carr LLP closed down in 2007, most associates quickly found new jobs, according to Heller, but the tougher financial climate in 2014 will make this much more of a challenge, she believes.

Lawyers moving with an entire practice group could have an advantage among firms looking for a cohesive, ready-made team, Heller suggests.