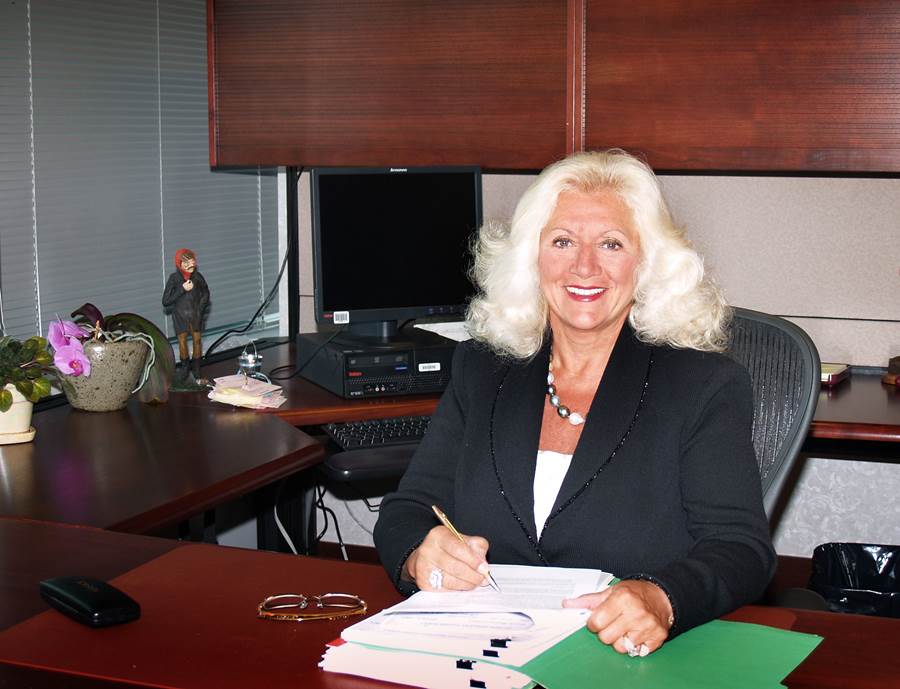 “I officially started on [October] the 26th, was when I was introduced to the staff,” says David-Evans.

She has extensive work experience in the public sector, including 31 years with the City of Edmonton.

She was a member of the Legal Aid Alberta board from August 2013 to September 2016, and she also served as a deputy minister for the Government of Alberta.

LAA — which has about 280 employees — has made headlines for funding challenges it has faced.

Earlier this year, in April, the media reported that the non-profit agency had received 37-per-cent more requests for service in the first three months of this year.

“Our issue has been funding . . . that continues to be a critical issue,” says David-Evans.

She says that, due to the economic downturn, there is still a higher amount of clients coming to LAA.

“If you looked just the other day, domestic violence in Calgary is the highest . . . they think that already this year it’s risen 36 per cent, so many of those people, of course, come to our doors for services,” she says.

On Oct. 20, the province of Alberta announced a funding boost for Legal Aid.

“An additional $9.4 million is being provided to Legal Aid Alberta, which administers the province’s legal aid program, to cover its operations and ensure the continuation of services for Albertans,” according to a government news release.

“This increase brings the total provincial funding for 2016-2017 to $77.9 million. Since May 2015, the provincial government has increased legal aid funding by 20 per cent.”

Regardless, David-Evans says the agency is still facing a “huge” financial crunch for 2017-18.

“It’s probably in the order of between $10 [million] and $12 million that needs to be provided into our budget. We’re working collaboratively with the Alberta government to try to figure out how to resolve that and we’re pretty positive about that opportunity to look at it collaboratively as a corporate issue,” she says.

“Legal Aid Alberta (LAA) is experiencing record call volumes and more Albertans than ever before are qualifying for legal representation. LAA has been chronically underfunded and this additional demand for service has created an even more desperate situation,” said an LAA news release.

The 2015 release announced service changes that included a three-per-cent increase in the Financial Eligibility Guidelines and more family duty counsel at the provincial and Queen’s Bench courts.

“The previous [provincial] government increased the financial eligibility guidelines back in [2014] by 18 per cent, and this government also increased the financial eligibility guidelines by another three per cent to ensure that the poorest Albertans . . . have an opportunity to get legal representation when they need it, and to get it quickly, and so that needs to be funded,” says David-Evans.

“For this year, the government has, in fact, funded that, but it hasn’t been without trials and tribulations since we moved through the funding issue, and certainly, prior to that, the organization has made huge changes in services to accommodate the funding pressures.”

If there is a funding gap, David-Evans says the board will make recommendations to the minister, who is ultimately responsible for making service changes at LAA.

“What we want to do is work collaboratively with the government of Alberta, and their various ministries, that both benefit from the services of Legal Aid, as well as we want to ensure that they’re aware of the cost avoidance of our services, in other words, the downstream costs that they would have to bear if the services weren’t here,” she says.

David-Evans said there will be three partners involved in choosing a permanent president and chief executive officer for LAA — the Government of Alberta’s justice department, the Law Society of Alberta and Legal Aid Alberta.

David-Evans did not comment on the reasons for Polkosnik’s resignation.

“All I can tell you is that she tendered her resignation, the board accepted it and, because of the financial situation of the organization, and certainly, we only have a very few [vice presidents] left, the board wanted to ensure that there was stability in the organization, so they asked me to step in and see if I would do this on an interim basis,” she says.