The Law Society of Upper Canada has suspended a Toronto lawyer for six months for failing to properly assist Roma clients with refugee claims. 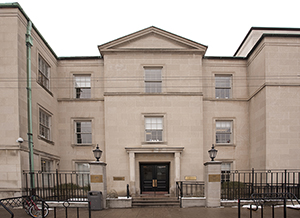 Joseph Farkas was found guilty of professional misconduct last year after a disciplinary tribunal found he had failed to supervise his non-lawyer staff when dealing with his clients’ claims.

While counsel for the law society had asked the panel to revoke Farkas’ law licence, the tribunal settled on the six-month suspension and determined the lawyer could return to practising refugee law if he completes a one-year supervision plan under the mentorship of a specialist lawyer.

“We are of the view that Mr. Farkas is a good candidate for rehabilitation. And to this end, after his suspension, he should be allowed to return to his refugee law practice under supervision,” the panel’s decision said, in Law Society of Upper Canada v. Farkas.

Lawyer Raoul Boulakia, who was not involved in the proceedings, says he has concerns about the fact that Farkas will be able to return to representing refugees. He says that if he were on the panel, he would have argued to revoke Farkas’ licence.

“To me the extent of harm that was done to so many refugees’ cases is not reflected in the penalty,” says Boulakia, who is a board member and past president of the Refugee Lawyers Association.

He questions whether Farkas should be allowed to practise refugee law, considering what he says is the lawyer’s lack of judgment in basic matters.

“I don’t think that representing the most vulnerable people in society is an entitlement,” he says.

The law society launched its investigation into Farkas after 10 Roma clients from Hungary filed complaints with the regulator. In addition to failing to supervise his staff on their claims, the clients said Farkas had them indicate on their forms that they were in danger of being tortured if returned to Hungary, without submitting information to support such claims.

One complainant said Farkas had provided inadequate assistance when she wanted to pursue judicial review of a decision denying her claim.

“They were refugee claimants seeking assistance in a complex legal process that was unfamiliar to them,” the decision said. “They required a lawyer’s guidance and assistance in preparing their accounts of what had occurred to them in Hungary, services Mr. Farkas failed to adequately provide.”

Counsel for the law society said Farkas had “failed to serve to the standard of a competent lawyer,” and that he was “dishonest and acted without integrity.”

The panel found that Farkas’ abdication of some legal work to his staff was not because of dishonesty, but because of an “egregious misconception of his responsibilities.”

In Hohot, Viktor Serhey Hohots improperly supervised staff, which did inadequate work. The lawyer was issued a five-month suspension, and was barred from practicing refugee law for a period of two years.

Erzebet Jaszi failed to pursue her clients’ applications, missed filing dates, overbilled LAO and failed to appear at hearings for clients. Her licence was revoked.

The panel found that Farkas’ misconduct was more similar to Hohots’ conduct than that of Jaszi. The decision said that while Farkas did an inadequate job, he acted “more diligently regarding their interests” and did not abandon his clients.

The panel also found that Farkas’ misconduct did not go as far as Hohots, who failed to prepare clients for hearings and failed to adequately represent their interests in hearings, according to the decision.

The panel also took into account the fact that Farkas had done pro bono work for four of the complainants, which it found showed he was not motived by personal gain.

In addition to the suspension and supervision program, the panel ordered Farkas to pay $200,000 in costs.

“The panel also wants to stress that, in ordering a six-month suspension as opposed to the revocation of licence, we are by no means endorsing the view that because no money has been stolen and no financial fraud has been committed, the Lawyer’s misconduct is thus not serious enough to warrant the harshest of penalties,” the panel’s decision said.

“On the contrary, the panel is fully aware that refugee claimants in general are vulnerable persons whose very life, liberty and security interests are at stake every time they are engaged in a legal process to determine their right to protection in Canada. The action of an incompetent refugee lawyer can have far more devastating impact than a dishonest lawyer who steals from his or her clients.”

Lawyer Lorne Waldman, who was the expert witness in the Jaszi and Hohots hearings, says the three cases show that the law society has sent a message to all lawyers that there are consequences if their representation falls below a certain level.

He says immigration lawyers had been concerned for a long time about inadequate representation Roma refugee claimants were receiving. The fact that the law society took on these three cases was very important, he adds.

“There’s no question that the lives of a lot of people were very detrimentally impacted by the incompetent representation they had in their refugee claims and given what’s at stake, that’s an extremely significant outcome for them,” he says.

Waldman added that as a result of these three cases, Legal Aid Ontario has introduced much stricter guidelines to ensure that lawyers who work on LAO refugee files are competent.

A spokeswoman for the Law Society of Upper Canada said it’s the regulator’s policy not to interpret or comment on decisions by the tribunal hearing panel.

Lawyers Marie Henein and Kenneth Grad, who represented Farkas in the proceedings, did not respond to a request for comment.