A rec hockey player in Ottawa has been granted a new trial after a judge was found to have erroneously applied speculative reasoning to her decision that convicted him of blindsiding another player. 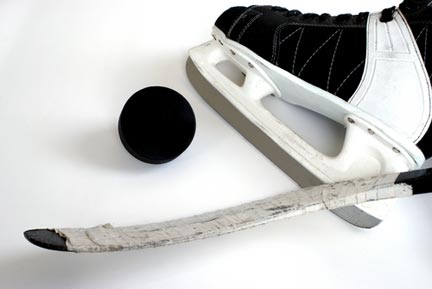 Gordon MacIsaac appealed his conviction of aggravated assault, which resulted from an on-ice collision during a senior men’s hockey game in 2012.

At the centre of the determination of guilt at trial was whether an on-ice collision involving MacIsaac and another player was an unavoidable accident or a deliberate blindside hit.

On Monday, the Ontario Court of Appeal in R. v. MacIsaac allowed the appeal and ordered a new trial, saying MacIsaac did not have a fair trial because the judge “engaged in impermissible speculative reasoning in reaching her verdict.”

On March 15, 2012, MacIsaac’s team the Tiger-Cats was playing in a senior no-contact men’s hockey league in Ottawa against the Pirates. During the last 47 seconds of the game, with the Pirates up by two goals, MacIsaac collided with Pirate Drew Casterton.

Casterton was knocked to the ice on his back and suffered lacerations to his face, a concussion, and the loos of two front teeth. MacIsaac was charged with one count of aggravated assault.

The court heard from 11 witnesses as well as a referee and various members of both teams. The Crown held that MacIsaac deliberately delivered a blindside hit to the left side of Casterton’s head.

The goalie on the Pirate’s team testified he saw MacIsaac leap off the ice, raise his arms, and hit Casterton in his shoulder and head area. He said MacIsaac’s arms hit Casterton’s head and that his facemask may have hit Casterton’s face.

The defence’s position was that the incident was an accidental, unavoidable, face-to-face collision.

At trial, Ontario Court Justice Diane Lahaie said most the witnesses showed “a clear bias depending on which of the two hockey teams he belonged to.”

She found the referee, was the sole “completely neutral” witness and that his evidence was credible and reliable. While his account of MacIsaac’s and Casterton’s positions on the ice — with the pair heading towards the puck behind the net — differed from that of the other witnesses, she accepted the entirety of his evidence aside from his testimony regarding a tripping incident earlier on the same play.

Lahaie also accepted all of Casterton’s testimony. The injuries to the left side of his face were consistent with his testimony about where he was looking and supported the conclusion that this was not a “face to face ‘head on’ collision.”

Lahaie rejected the evidence of one of MacIsaac’s teammates. She was “not prepared to find beyond a reasonable doubt” that the teammate had been on the ice at the time of the incident because it was “not logical” for three Tiger-Cats defencemen to be on the ice with the team down by two points and with so little time left in the game.

“Mr. MacIsaac intended to deliver a blindside hit to Mr. Casterton’s head and knew of the risks associated with head shots. He delivered it anyway as his frustration and desire for revenge took over,” she said.

She rejected MacIsaac’s claims that he left his usual position as a defenceman in an effort to steal the puck from Casterton and score a goal, that Casterton made an unpredictable turn rendering a collision unavoidable, and that MacIsaac did not have sufficient control over his speed to avoid hitting Casterton.

On the issue of consent, Lahaie found the hit amounted to a marked departure from the conduct expected in a no-contact hockey league that “consent to such conduct cannot be given.” As for mens rea, she held that MacIsaac foresaw the risk that his actions would cause serious bodily harm, but nonetheless chose to take that risk.

In a case where the circumstances are not proven or the inferences are not reasonable, or both, the factual inference drawn would be described as “speculative” or “unsupported” and if material to the outcome would not withstand appeal, says Patricia Virc, a lawyer with Steinberg Title Hope & Israel LLP.

“The criminal standard was being applied in this case. Perhaps an inference that is more of a stretch might be accepted in a civil context but you couldn’t do it in a criminal context where you might be putting someone in jail,” says Virc.

MacIsaac’s lawyers said Lahaie misapplied the law of consent and failed to consider whether MacIsaac had an honest but mistaken belief in consent.

He thought players in the league consented to any type of bodily contact that was foreseeable in a game, including deliberate blindside checks. The fact defence counsel did not raise the issue did not relieve the trial judge of her obligation to turn her mind to the defence and whether it was applicable in the circumstances.

Writing for the Court of Appeal, Justice C. William Hourigan wrote: “I agree with the submission of the appellant that the trial judge engaged in impermissible speculative reasoning in rejecting the evidence of the defence witnesses. This impaired the appellant’s right to a fair trial. On this basis, I would order a new trial. It is unnecessary, therefore, to consider the other issues raised by the appellant.”