The case of a Muslim woman seeking to wear her niqab to testify is being argued before the Supreme Court of Canada today.

The woman, identified as N.S., has accused her uncle and cousin of sexually assaulting her when she was a child. She wishes to wear her religious clothing — a hijab, a full body dress, and a niqab, which covers the entire face except for the eyes — when testifying against them. 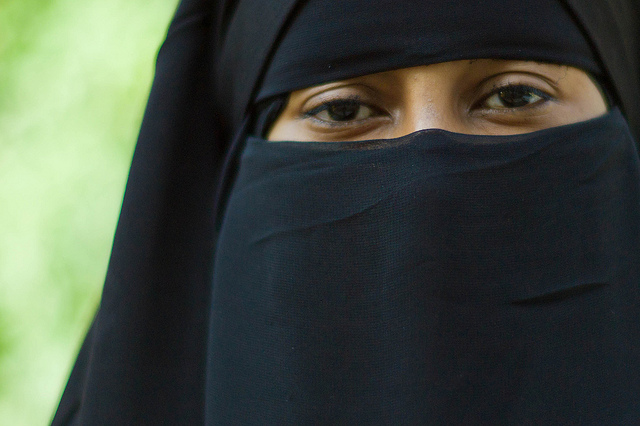 The defendants argue she should remove her niqab during her testimony and cross-examination to allow access to demeanor evidence, including seeing her facial expressions.

But N.S. claims the Charter of Rights and Freedoms protects her right to wear the niqab as part of her Muslim beliefs.

Joanna Birenbaum, director of litigation for the Women’s Legal Education and Action Fund, an intervener in the case, says if the SCC orders N.S. to remove her niqab, it could have far-reaching implications for sexual assault victims. “For Muslim women who already experience racism and other forms of discrimination, a signal from the court that the Canadian justice system is an unwelcome place to them will further exacerbate that problem.”

She says: “if [Muslim women] believe that they will be required to remove their niqabs or put through a demeaning and humiliating process before having a determination of whether or not they can wear their niqabs while testifying, they’re simply not going to report [sexual assaults].”

On the contrary, if the SCC rules that N.S. is allowed to wear her niqab, Birenbaum says it will not be “a huge shift in Canadian jurisprudence.” She points to the hearsay rule, which permits evidence to be submitted before the court without the ability to see or cross-examine the witness. Other examples include witnesses, such as children, who testify behind a screen or in another room, and transcripts read in court.

“With a niqab-wearing witness, that witness is in the courtroom answering questions. Fundamentally and ultimately it’s the evidence — the words, the statements — that the person gives which are most important and that evidence is fully available,” she adds.

The judge at the preliminary inquiry ordered that N.S. remove her niqab before testifying but an Ontario Superior Court judge later dismissed that order. The Ontario Court of Appeal then overturned the Superior Court’s decision, ruling that witnesses must remove the niqab on the stand only if it’s been proven that it would threaten the accused’s right to a fair trial, which must be determined on a case-by-case basis.

“If a witness establishes that wearing her niqab is a legitimate exercise of her religious freedoms, then the onus moves to the accused to show why the exercise of this constitutionally protected right would compromise his constitutionally protected right to make full answer and defence,” Justice David Doherty wrote in the Court of Appeal’s ruling.

The appeal court sent the case back to the preliminary inquiry judge, but N.S. appealed the decision to the Supreme Court instead.