Riders of electric scooters, or e-bikes, may escape future moving violations thanks to an Ontario Court of Justice ruling that determined a power-assisted bicycle does not constitute as a motor vehicle. 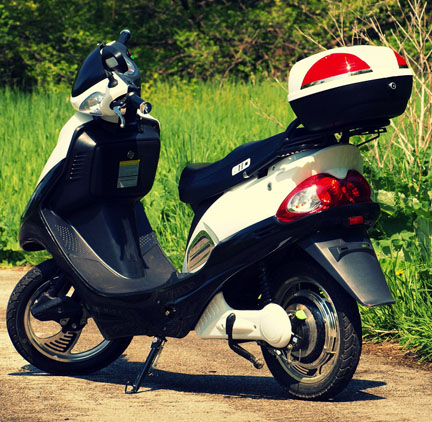 The decision came after a lengthy debate between the Crown and Pizzacalla, over whether the Highway Traffic Act classifies the bicycle as a motor vehicle.

Pizzacalla was allegedly accused of violating s. 2 of the Compulsory Automobile Insurance Act, and s. 7 of the Highway Traffic Act for operating a power-assisted bicycle without proper ministry documentation.

The charges were first made on Feb. 22, 2010, after constable David Attwood saw Pizzacalla operating “a blue and white 0202 Sports Cycle” along the curb lane of a two-lane road in St. Catharines.

Attwood followed the “scooter-like” vehicle for about 15 to 20 seconds, and noticed that it had no pedals and was battery operated, requiring “no muscle power.”

But according to the court ruling, Pizzacalla insisted that he did not require a driver’s licence and registration, indicating the e-bike had attachable pedals. He also claimed that according to the HTA, his vehicle constitutes as a “power assisted bicycle,” which exempted him from the alleged charges.

“When a ‘power-assisted bicycle’ is operated while missing some piece or part, does it then get taken outside the scope of exception?’” Dudar wrote. In court, he later determined that although the pedals were not in use at the time, they could be reattached, noting that the speed of the vehicle would decrease.

“I believe that it is clear, particularly in the circumstances of this case, that the vehicle was ‘capable of being propelled solely by muscular power,’ by simply re-attaching the pedals which were readily available,” wrote Dudar.

Dudar cited former rulings, including R. v. Vanberlo, which made it “clear that a change to a vehicle must be substantial to establish a basis for finding that it has converted from one use to another.”

Despite the Crown’s evidence that the vehicle required no manpower, Dudar determined that the e-bike’s attachable pedals constituted it as “power assisted” and not a motor vehicle.

“I would say this is analogous to saying that a pole vaulter without a pole is no longer “capable of pole vaulting,”’ wrote Dudar.

This is the second time that Pizzacalla faced charges for operating the motorized bike. In court, Pizzacalla noted that he had similar charges overturned after taking them to appeal.

How law firms can stay competitive

Bennett Jones’ Radha Curpen set herself on a path to distinguish herself in environmental law, ESG

How to deal with alcohol abuse in the legal profession