In a unanimous ruling that reaffirms the rights of prisoners to challenge their unlawful detention, the Supreme Court of Canada today denied Ottawa’s bid to quash provincial jurisdiction over habeas corpus applications. 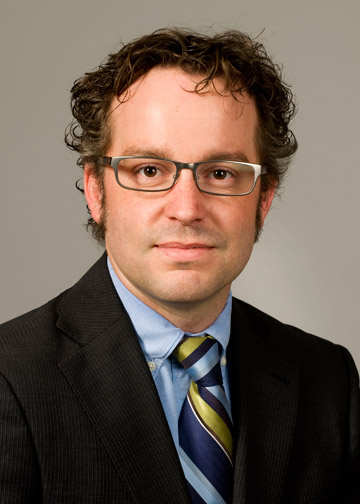 The case, Mission Institution v. Khela stems from a stabbing incident at a B.C. prison. Gurkirpal Singh Khela had been serving a life sentence for first-degree murder at Mission Institution, a federal prison in B.C. During his incarceration, he was alleged to have hired two inmates, in exchange for two grams of heroin, to carry out the assault.

When information arose implicating Khela, the prison’s warden issued an emergency order transferring him to a maximum-security prison. Khela filed a habeas corpus application at the provincial superior court challenging his transfer on grounds that proper procedure had not been followed. He won.

Mission (and ultimately the Attorney General of Canada) appealed, arguing the warden’s order was an administrative decision at a federal institution, and as such was subject only to judicial review at the Federal Court. That argument proved unconvincing, as the ruling was upheld by the province’s appeal court and today by the SCC.

Matthew Estabrooks, who practises administrative law at Gowling Lafleur Henderson LLP, represented the Canadian Civil Liberties Association before the court. Estabrooks says the decision is no surprise, given the court’s longstanding history of upholding the broadest rights under habeas corpus — one of the oldest writs in common law, which allows prisoners to compel the state to justify their detention.

“As the court points out, it’s very clear in the Federal Court Act that the Federal Court is given exclusive jurisdiction over certain traditional prerogative writs — but the habeas corpus writ is intentionally left out of that list.”

Indeed, the ruling, written by Justice Louis LeBel, makes clear the importance of habeas corpus is such that it cannot be limited by jurisdiction:

“This Court has recognized in its decisions that habeas corpus should develop over time to ensure that the law remains consistent with the remedy’s underlying goals: no one should be deprived of their liberty without lawful authority.

As Estabrooks further explains, “The state can’t take away any part of your liberty. Even if you’re already incarcerated, they can’t make you more incarcerated without providing some sort of justification for it. And every citizen whose liberty has been taken from them has the right to ask a court to require the state to justify that deprivation of liberty. And so LeBel’s point here is, if you restrict it to certain courts in certain jurisdictions, you’re really gutting the power of the writ.”

Interestingly, the merits of the habeas corpus application in this case do not involve the veracity or reliability of the information implicating Khela in the stabbing, but rather on the fact the information wasn’t disclosed properly.

Estabrooks says that, while federal prisons are allowed, in certain exceptional cases, to withhold information — “if a prison snitch is going to be exposed” — the appellant did not rely on these exceptions.

As a result, the transfer fell outside proper procedure. Estabrooks says this ruling is a reminder to prison wardens and other federal administrators that deprivation of liberty is not afforded the same deference as other administrative decisions:

“When depriving anyone of their liberty, including prisoners, the deprivation must be lawful. It must abide by the statutory and common-law requirements for the decision. It must be reasonable. It must be based on facts, and the proper procedures needs to be followed that give the prisoner all the procedural rights that they’re entitled to.”