In the widely anticipated class action trilogy appeal, the Supreme Court of Canada today reaffirmed the low threshold for certifying class actions in Canada and found that courts were free to backdate rulings where proceedings are interrupted by changes to law. 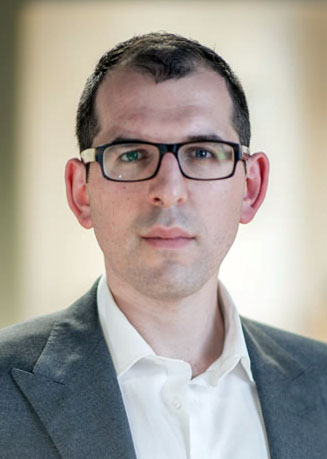 The trio of negligent misrepresentation claims — Imax v. Silver, Celestica v. Millwright Regional Council of Ontario Pension Trust Fund and CIBC v. Green (under which the cases are indexed) — involve a limitation period, provided for in the Ontario Securities Act, that extinguished suits if three years has passed since the alleged misrepresentation.

Prior to a legislative amendment in September 2014, there had been some confusion as to whether the three-year period extended until the application for leave was filed or until the leave was granted. Those issues were dealt with previously at the Ontario Court of Appeal in Sharma v. Timminco and then reversed in a later ruling where the appeal court heard this trilogy of cases.

The Ontario amendments led to clarification on the matter — specifically, that the limitation period is frozen when a notice of motion for leave is filed with the court. Motions judges in these cases used their discretion to apply the doctrine of nunc pro tunc (now for then) to backdate their rulings to reflect the new legislation.

The appellant corporations appealed, arguing before the SCC that the backdating amounted to retroactive law, but the Supreme Court disagreed. In today’s split decision, the SCC found that motions judges had discretion under their inherent jurisdiction to apply the doctrine of nunc pro tunc and dismissed the appeals of CIBC (4-3) and IMAX (4-3).

In the case of Celestica, however, where leave had not been filed prior to the expiry of the limitation period, the court ruled 3-4 that the action could not be saved. In all cases, Justice Thomas Cromwell served as the tie-breaker.

As Justice Suzanne Côté writes on behalf of the majority: “The standard of review that ordinarily applies to a judge’s discretionary decision on whether to grant an order nunc pro tunc is that of deference: if the judge has given sufficient weight to all the relevant considerations, an appellate court must defer to his or her exercise of discretion. However, if the judge’s discretion is exercised on the basis of an erroneous principle, an appellate court is entitled to intervene.”

Daniel Bach, one of the Siskinds LLP lawyers who represented the class against IMAX, calls it a resounding victory for plaintiffs in securities class action litigation in Canada.

“We’re very happy with the ruling here. We think it’s a big victory for our clients and we’re very happy to have assisted the class in IMAX as they fought this historic battle.”

The decisions deal, first and foremost, with the lower court’s interpretation of the Securities Act as it existed at the time. So Bach is quick to point out that legislative amendments have rendered most of those issues academic. What’s more important, he notes, is the analysis around the threshold for certification of class actions and the standard of leave, which were also being challenged by the appellants.

On these fronts, Bach says the SCC has unambiguously upheld prior decisions — namely in Carom v. Bre-X and Theratechnologies v. 12851 Canada — that set a reasonably low bar for leave and certification.

“They all agree that the common issues are properly certified, which is important. And they all agree that the leave standard is the low leave standard they articulated in Theratechnologies, which will I think make clear that, in the view of the Supreme Court of Canada, investors in Canada have a right to act in our capital markets without fear of misrepresentation and should have access to a right of action to protect themselves when there are misrepresentations. And they do that through this low standard,” says Bach.

Update Dec. 8: The link to Sharma v. Timminco has been corrected.