The Supreme Court of Canada will spend most of its week hearing the Senate reference, which poses questions around the tenure of senators, the process for appointing senators, property qualifications for senators, and the possibility of abolishing the Senate altogether. 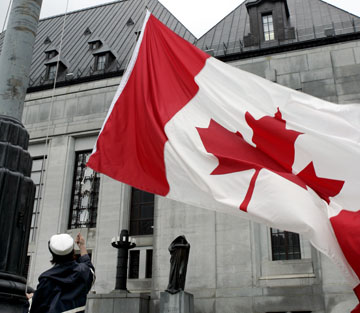 The governor general in council, on the recommendation of the justice minister, has referred several questions to the SCC regarding the Senate, including the tenure of senators, the process for appointing senators, property qualifications for senators, and the possibility of abolishing the Senate.

Maritime law: Réal Vallée, president of Peracomo Inc., is a fisherman who operated a fishing boat on the St. Lawrence River in a crab fishing zone. While fishing for crab in 2005, one of his anchors snagged a cable co-owned by Telus Communications Co. After this, Vallée saw a map in a local museum that had the word “abandonné” written on the area where he fished. Based on this, when Vallée snagged the cable again in 2006, he cut the cable with a circular electric saw. Telus sued him to recover the costs of repairing the cable.