The Supreme Court of Canada will hear four appeals this week, two of which question the conduct of undercover police officers in recruiting the accused into a fake criminal organization in order to obtain their confessions, also known as a Mr. Big sting operation. 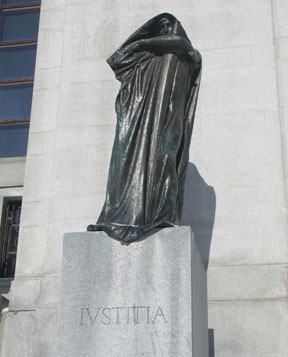 Criminal law: Nelson Hart was convicted of first-degree murder in the drowning deaths of his twin three-year-old daughters. Initially, there was not enough evidence to charge him so the police set up an operation where undercover RCMP officers recruited Hart to join a fake criminal organization. After gaining his trust and confidence, Hart confessed to killing his daughters. The majority of the Court of Appeal allowed the appeal and ordered a new trial on the basis that the trial judge erred by refusing to let Hart testify in camera and that the admission of his confession violated his s. 7 Charter rights. There is a publication ban in the case.

Criminal law: Jay Love told police that Dax Mack had confessed to killing Robert Levoir on a hunting trip. The police set up an undercover investigation where they recruited Mack into a fake criminal organization. Although the prosecution wasn’t allowed to use recordings of Mack, it was allowed to adduce viva voce evidence from the undercover operators. At trial, Mack and the third person on the hunting trip, Michael Argueta, blamed each other for the murder. Mack was convicted of first-degree murder and the Court of Appeal dismissed the appeal. There is a publication ban and sealing order in the case.

Access to information: A request was made under the Freedom of Information and Protection of Privacy Act to disclose a record with a list of the first three characters of Ontario’s postal codes along with the corresponding number of individuals residing in each area who are listed in the Ontario Sex Offender Registry. The ministry refused the request because the information could identify the whereabouts of registered offenders, but the information and privacy commissioner ordered that the release of the record. The Divisional Court dismissed the ministry’s application for judicial review. The Court of Appeal also dismissed the ministry’s appeal. There is a sealing order in the case.

Labour and employment law: Following the closure of the Wal-Mart store in Jonquière, Que., in April 2005, the United Food and Commercial Workers, Local 503 took legal action against Wal-Mart as a result of changes to the employees’ conditions of employment. The main issue here is whether the grievance arbitrator had the jurisdiction to decide the complaint made by the union.