Time is now for lawyers to vote

Many Canadian voters may think the federal election campaign is too long, but it’s short compared to the 2 1/2-month Law Society of Upper Canada bencher campaign that wraps up this week. 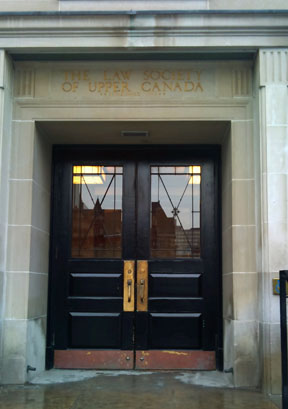 Voting ends this Friday at 5 p.m. Ontario lawyers, whose licences haven’t been suspended by the LSUC, can vote. Most of the voting is taking place online through a third-party company hired by the LSUC, Computershare.

As of this morning, candidate Mitch Kowalski says 30,000 LSUC members — that’s a big percentage of eligible voters — have yet to cast their ballot.

In what is a relatively complicated electoral process, lawyers can cast 40 votes: 20 for candidates inside Toronto and the remaining 20 for bencher hopefuls from elsewhere in the province. The top candidate in each of the eight electoral regions becomes a regional bencher. After that, the 19 candidates from inside Toronto and 13 outside the city who receive the most votes become benchers.

The election has been a reasonably interesting one, particularly given that a number of incumbents aren’t running as governance reforms at the LSUC encourage new blood at Convocation. Discussions of the issues have also been good with candidates organizing their own town halls online and through Twitter in order to engage voters. People like articling student Omar Ha-Redeye been active as well. Despite admitting he can’t vote, Ha-Redeye has posted his endorsements for bencher on his blog. In addition, people like Canadian Lawyers Abroad executive director Catherine McKenna have waded in on one of the big issues, the lack of articling positions for graduating lawyers, on her organization’s blog.

So while people may be mulling who to vote for in next Monday’s federal election, there’s also lots to think about when it comes to this week’s bencher campaign.

In the meantime, if you’re wondering who’s running, check out Law Times’ map of the candidates as well as our special Bencher Election 2011 web site.