Law students from around the country started off 2014 by descending on Montreal’s McGill University to take each other on in what has become an annual competition.

Twenty Canadian law schools were represented at the 19th annual Law Games, which ran from Jan. 2-6. The games give students an opportunity to meet other law students, but its ultimate goal is to provide participants with four days of fun before they head back to the classroom.

“It’s pretty exciting — every law school has their own little different take on Law Games,” says Ian Clarke, a fourth-year McGill law student and communications co-ordinator for the games. 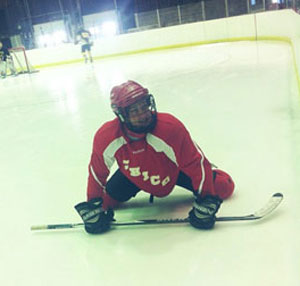 “There’s Sherbooke, who are kind of the troublemakers . . . but they have a lot of fun. Then there’s Western, the sporty school — everyone always jokes that they do steroids. Then there are the schools from the West Coast and they usually win the more talent-based, artsy competitions.”

The games also include a moot competition, which was judged by five professional lawyers, including McGill dean Daniel Jutras. 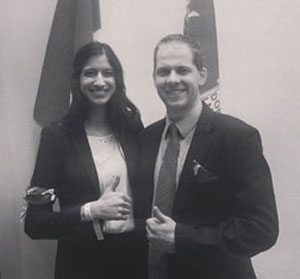 “The moot was interesting because, being in Montreal, all of our judges are fully bilingual,” says Rachel Tonelli-Zasarsky, a fourth-year McGill law student and co-ordinator of the moot. “Actually in the finals, we had an anglophone team – Western – competing against a francophone team – UQAM [L’Université du Québec à Montréal] — and the judges were able to figure it out. We had one team competing in English and one team competing in French, which is pretty special, I think.”

The games also include a talent show competition. Everyone was required to be dressed in costumes and had to prepare a five-minute skit showcasing the team’s creativity and skill in a choreographed routine.

“We always have one school that’s a bit of a reckless disturber,” Tonelli-Zasarsky says. “Team Sherbrooke — also nicknamed the Sherbrooke Machines — showed up on stage with a flame thrower.”

The team from the University of British Columbia won the talent show competition with their adaptation of “Cell Block Tango” from the musical Chicago.

Law Games is unique because it’s one of the only times law students will be in an environment with such a large number of other law students, says Stephanie Bachelet, fourth-year McGill law student and Law Games volunteer co-ordinator.

“When you play against other teams at the pub crawl, when you play against other teams in sports, you often find yourself chatting with someone from Windsor or another law school and you get to hear about where they’re going in life and what their law school experience like,” says Bachelet. “I think a lot of students appreciate it because Law Games is really the only time you get this big networking experience.”

“At a certain point you forget that all these people are law students and then you’ll hear that random comment about liability,” says Michèle Lamarre-Leroux, fourth-year McGill law student and co-ordinator of many of the sports competitions. “Then you remind yourself, ‘Oh yeah, we’re all lawyers.’ You kind of forget because it’s about the competition all the way.” 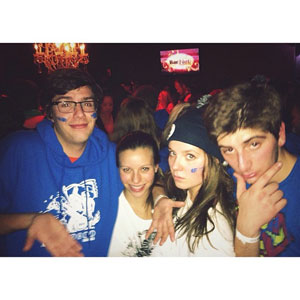 Many of the competitions occur simultaneously, which can lead to scheduling difficulties when events run overtime or are delayed. The McGill organizing team tried to prevent any further complications by updating participants on the progress of the games through social media.

“We were the first Law Games to use social media to update participants — we had a Twitter and a Facebook feed,” Lamarre-Leroux says. “That made it a lot easier to change the schedule at the last minute and get everyone in the same place.”

Preparations for this year’s games began in August. Clarke initially put in 15 hours of work a week, but as the games drew closer, he found himself putting in more than 40 hours a week. The rest of the team had a similar experience.

“We all put a lot of effort into it and because we’ve been getting a lot of positive feedback, it’s really been worth it in the end,” Bachelet says. “Articling is going to look very, very easy when you think about this endeavour and how much physical running around we did.”

Law schools will begin bidding for next year’s games in about two months’ time and the location will be announced in March or April.