On the surface, law and medicine seem like they’d attract starkly different students, but there is overlap. Both in terms of academics (bioethics comes to mind) and daily work (rapidly synthesizing information while interacting with clients or patients). So how does a kid fresh out of undergrad decide whether to write the LSATs or the MCATs? 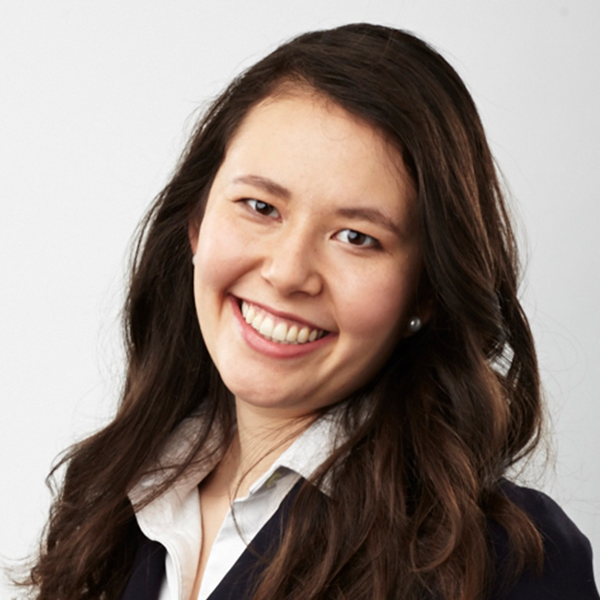 It's gavels and gowns versus scalpels and scrubs. It’s Harvey Specter versus Dr. McDreamy. It’s an english degree versus a biology major. On the surface, law and medicine seem like they’d attract starkly different students, but there is overlap. Both in terms of academics (bioethics comes to mind) and daily work (rapidly synthesizing information while interacting with clients or patients). So how does a kid fresh out of undergrad decide whether to write the LSATs or the MCATs?

Some U.S. universities such as Stanford, Duke and Vanderbilt offer joint JD/MD programs. But in Canada, legal and medical training are only available separately. So it’s more likely these students’ interests have evolved, rather than being set on overlapping specialties like medical ethics, palliative care and intellectual property law from the get-go.

Adam Shehata, a third-year medical student at the University of Toronto, actually began his career as a pilot and a flight instructor. But five years in, he found it was tough to advance in the aviation industry, and he applied to both law and medical schools. He didn’t get into medical school, but went to Osgoode Hall, after which he articled with a management-side labour and employment firm.

“One of the things I was thinking about when I was in law was I miss the immediacy of flying and of teaching people,” Shehata says. “I wanted a career that had the service of law. I wanted something that had the immediacy and technical component of aviation, the teamwork aspect of that. And to me, medicine was right in there.”

So Shehata took one more chance and re-applied to medical schools, and was accepted at the University of Toronto.

When he was interviewing for associate positions, “I had to choose between staying on Bay Street and getting paid a decent salary and maybe paying off the law school debt, and going further into debt with U of T Medicine,” he says. “[Medical school] had been a dream of mine for quite a while and probably wasn't going to come around again any time soon, so [my wife and I] said yes, this would be something we would do.”

Joseph (name has been changed), a second-year law student, went to medical school right after the third year of his biochemistry undergraduate degree.

“I knew pretty much from the get-go that I didn't share the same enthusiasm of many of my colleagues for clinical medicine,” he says.

He was most interested in the social determinants of health as well as the economics of the healthcare system, but found it difficult to pursue those questions within a traditional medical education. But, promised by his mentors that things would improve after graduation, he began an internal medicine residency. Unfortunately, Joseph found residency even less inspiring than medical school: The work was hyper-focused on one kind of practice, and he felt he couldn’t engage with patients’ ideas in the way he’d like.

“That was my first experience tackling bigger issues [such as drug regulation and information privacy] that affect the way the healthcare system operates overall,” he says. “It was having that more systemic impact I wanted to be having. But I also realized there was an interest in the legal issues there.”

So instead of returning to his residency, Joseph applied to law school. And so far, he’s enjoying it, finding the critical thinking required to be much more rewarding that his science undergrad or his medical training.

“I loved my first year,” he says. “For once, I felt I was actually studying what I wanted to be studying. It was brutally difficult. It was far harder than anything I'd had to study before,” but the increasing complexity of the materials has kept him motivated.

Shehata agrees law and medical schools are very different beasts. In law, students are responsible for mastering the material, but can choose how and when they learn, and few professors will notice, let alone care, if they miss a lecture. Medical students are tied to much stricter schedules and mandatory activities. But the biggest difference is the type of learning required.

“Without a doubt, medical school was far more memorization,” Shehata notes. “It's just the nature of medicine. Especially in emergency situations, it's required to have certain information at your fingertips.”

Law school, on the other hand, requires much more analytical work.

“You're taught to think critically: Why is this the way it is? What is the current state of the law, but also what could it be?” Shehata says. “You are the future lawyers and law professors and judges and politicians, and may potentially have the opportunity to change the law.”

But while Shehata enjoyed his clinic work and an “unparalleled” mediation intensive, most of his legal education was academic and theory-driven.

“I think that's been one of the criticisms of law school in general: we graduate great appellate lawyers and the practice of law is left up to other training areas like articling.”

For its part, medical school is much more hands-on, with students working in hospitals beginning in their third year, and continuing for years after graduation.

Nevertheless, legal and medical training have more in common than anxiety-inducing debt loads. Both involve significant interaction with the public, whether as clients or as patients, and the ability to read people is a transferable skill.

“In medicine, you learn how to talk to people,” Joseph notes. “If someone comes to the emergency department, you have to be able to adapt to all their particular circumstances, otherwise you won't have their trust and that seriously impairs your ability to help that person.”

He adds this kind of interpersonal skill is also useful in law to understand the reasons behind a client’s decision, strategy and motivation.

With a medical degree and half of a law degree under his belt, Joseph’s advice to those debating between the two professions is to take some time to discover what you really want.

“People should never feel pressured to enter career paths just because they embody that traditional sense of success,” he says. “… If someone is a very curious individual, I think it's better to take more time rather than less. Just because you can enter a particular career pathway early doesn't mean you should.”