Censorship in the Internet age

OPINION
How would censorship work in the Internet age? Australia gives us a sneak preview of the gong show that ensues when medieval thinking is applied to a wired world. 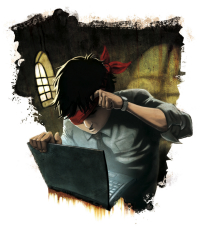 Australia’s government nannies have officially banned 1,370 web sites. They’ve drawn up a blacklist, just like the medieval index of banned books. Right now it’s a voluntary pilot project to which Internet service providers can submit. But if the trial run is deemed a success and made law, anyone who links to a blacklisted site can be fined $11,000 a day. That means it will be a crime not just to provide the contents of a web site, but to merely reproduce its address.

But here’s the tricky part: the government won’t even say what those 1,370 banned web sites are. It’s secret. So there are 1,370 web sites out there that could result in your criminal prosecution in Australia. But you won’t find out what they are — until you link to one of them. That’s right out of Alice in Wonderland. The pretzelian logic goes like this: if the Australian government were to list those 1,370 banned web sites, then not only would they be breaking the rules themselves, but that list would serve as an advertisement. Out of the billions of web pages on the Internet, 1,370 would be given special attention, inviting anyone curious to check them out.

Of course, people who compile the secret blacklist know what’s on it. But apparently they can be trusted not to succumb to the temptation to look at the sites. And the list was sent to selected Australian Internet companies for a trial run. That didn’t work out quite as well. The list was leaked to Wikileaks, the web site that specializes in publishing confidential documents, especially embarrassing internal government memoranda.

And that’s when things got even weirder. Wikileaks published the entire blacklist on one of its pages. So now that Wikileaks page, too, has been added to the blacklist. It’s number 1,371.

Many banned sites are merely offensive, but not illegal. And some sites are perfectly innocuous. For some secret reason, the web site www.vanbokhorst.nl is on the blacklist. If you’re not in Australia, feel free to give that one a click. It’s not a pornographic site. My Dutch is rusty, but it appears to be a web site for a forklift rental company in Holland.

How did Van Bokhorst get on the blacklist in Australia? Nobody knows because the process was kept secret, even from Van Bokhorst. It’s unlikely that Van Bokhorst had any Australian customers. But that’s not the point. Someone is making these clandestine decisions about what Australians can or can’t see.

We’ve seen this sort of censorship in other countries — and not just from the likes of communist China. Thailand brought in a similar blacklist in the name of protecting its citizens from child pornography. But — surprise! — within months, the blacklist had other web sites on it, including 1,200 banned for criticizing the Thai royal family. A secret list, in the hands of a government, practically guarantees that sort of political abuse.

Australia’s trial-run blacklist has plenty of questionable items on it, and not just Dutch forklift companies. Hundreds of Internet poker sites are banned. Poker, unlike child pornography, is not a crime. It may be a vice, but how to handle that is a political debate. Australia’s blacklist ends that discussion with force.

And now a web site about abortion politics is on the blacklist. You can probably guess which side of the debate is being censored, but either way, it’s abominable censorship.

We associate book burnings with witch trials and the Nazis, not with mild-mannered bureaucrats. But book burnings in the 21st century require no matches — just self-righteous censors and a somnolent public.

Ezra Levant is a Calgary lawyer and author. He can be reached at ezra@ezralevant.com