From my experience on Bay Street, the biggest roadblock to true meritocracy and inclusion is unconscious bias. 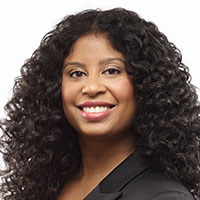 It has been over a year since Hadiya Roderique wrote Black on Bay Street, shaking Bay Street to its core. It has been almost a year since I wrote my reflections on the Law Society of Ontario’s statement of principles. There is no doubt these articles – and more recent ones – have sparked a discourse. The feelings and issues are easy to articulate, but the next steps for our legal profession are not.

From my experience on Bay Street, the biggest roadblock to true meritocracy and inclusion is unconscious bias.

While I commend the Law Society of Ontario and law firms for taking important steps to move the dial forward, progress is either not moving fast enough or has stalled. Lexpert and other rankings still do not mirror the profession’s diversity. In 2016, 29.4 per cent of lawyers in Ontario were racialized, yet less than 7.8 per cent of all law firm partners were racialized (partners of all practice sizes and practices). Racialized lawyers are over-represented in solo practice and under-represented in law firm partnerships.

Anecdotally, a bencher recently stated at Convocation that it will be difficult for women and members of other underrepresented groups to become leaders at Convocation if bencher term limits are reduced from 12 years to eight. It seems this bencher meant to imply that women and minorities cannot build traction as quickly as their counterparts. If true, the statement is a sad reflection of our society. If not, it is troubling that our leaders would make such a statement.

The study is powerful because law firm partners (considered to be at the upper echelons of our profession) rated the exact same memo differently based on their unconscious bias. When they expected to find errors (with Black Thomas Meyer), they found them. Although this study is American, I expect the results would be the same in Canada.

This bias is exactly why some lawyers succeed and others do not. We as a profession are subconsciously more critical of the work done by female, racialized and indigenous licensees. I suspect that means we invest in them less due to our ‘objective’ belief that they are not as strong.

The Twitterverse and beyond has highlighted the horrible courtroom experiences of female or racialized lawyers, where these lawyers are misidentified as an assistant, client or the accused. More dangerous than these comments is that the lawyers making them are also likely not investing in female and racialized lawyers, making it harder for equity-seeking lawyers to succeed in this profession since law is the ultimate apprenticeship.

You cannot self-teach how to cross-examine a witness or write a professional but firm letter that preserves your client’s interest. Consider that recently that the Law Society rejected the idea of eliminating articling because of the broadly held belief that experiential learning under a practicing lawyer is fundamental to ensuring competence. Under our apprenticeship model for law, we need to ensure that all lawyers have equal access to training and mentorship.

Talent is not limited to a specific population. There should be no reason why those who succeed in our profession are from disproportionately from one demographic. We as a profession can do better.