Is it time for a power shift in the rules of civil procedure?

At the very time that the volume of litigation in our largest centres is growing, our courts face a crippling shortage of judges and infrastructure funding. We need to ask whether now is the time for major procedural changes that would give power to our courts to rationalize and speed up the flow of civil litigation. The changes I am suggesting would assist both the courts and the parties to reach resolution earlier and at less cost by giving more power to the bench. 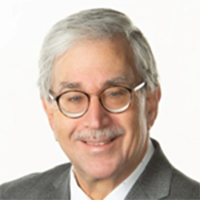 At the very time that the volume of litigation in our largest centres is growing, our courts face a crippling shortage of judges and infrastructure funding. We need to ask whether now is the time for major procedural changes that would give power to our courts to rationalize and speed up the flow of civil litigation. The changes I am suggesting would assist both the courts and the parties to reach resolution earlier and at less cost by giving more power to the bench.

The crux of the underfunding problem is that our civil justice system was designed for a simpler, less litigious, pre-Charter society. As matters presently stand, we cannot meet demand as the volume of civil lawsuits increases, funding levels remain stagnant and priority is given to criminal law files in light of the Supreme Court of Canada decision in R. v. Jordan, delaying disposition of civil actions, often on a moment’s notice. The paradox is that 97 per cent of all civil actions settle before trial.

Most of our provincial governments are strapped for funds while they run deficits. Despite continuous demands for more funding, Ontario courts, which service 43 per cent of Canadians, receive a 3.5-per-cent slice of the provincial budget.

While asking for additional judges and more funding, does it not make sense to assist our courts by redesigning judges’ procedural powers? This redesign would necessitate changing the Rules of Civil Procedure to increase efficiency by enhancing the flow and disposition of litigation. Presently, only four provinces — Nova Scotia, Ontario, Alberta and British Columbia — have any rules that provide either for case management or mediation. British Columbia and Alberta require mediation with some exceptions, but they leave parties free to mediate as late as seven days before trial in British Columbia and before actions are placed on the trial list in Alberta. In Nova Scotia, mediation at the trial level is voluntary.

In 2010, British Columbia and Alberta undertook major rule reform and instituted case planning conferences in order to simplify and streamline the flow of civil actions. In those provinces, judges are directed to establish specific procedural deadlines, list necessary procedures, set time limits for discoveries and set limits on document production and on expert witness evidence followed by a mandatory trial management conference to streamline the trial process. In Nova Scotia, case management is optional.

In Ontario, whose procedural rules have a much longer history, both case management and mediation are for the most part optional. Rules 77.01 (2) and 77.02 not only leave the burden of case management to the parties, they also restrict their application to Ottawa, Toronto and the Windsor area. Ontario’s Rule 24.1, which imposes mandatory mediation, is similarly worded, and it permits mediation to be delayed until document production, inspection and examinations for discovery are completed.

Prioritizing the discovery process defeats the fundamental purpose of mediation, which focuses on resolution of the parties’ interests rather than their legal rights. By doing so, the existing mandatory mediation rule slows down the process and puts the cart before the horse. If mandatory mediation were scheduled early, before the parties lock in their legal positions, more actions might settle earlier. If the courts, especially in Ontario, are to better manage the intake of new actions, four critical changes are needed.

Firstly, mandatory mediation should apply across the province to all actions again, subject to any specifically enumerated subjects in Rule 24.1, which contain their own resolution processes. Making mediation mandatory would prioritize settlement.

Secondly, mandatory case management under rules such as Ontario’s Rule 77 should apply to all actions across the province except for those subjects specifically enumerated, which contain their own processes.

Thirdly, the court should be empowered to schedule a mandatory case-planning conference following the lead of British Columbia and Alberta.

Fourthly, the same case management judge whenever reasonably possible should be assigned to preside at every stage of the proceeding. Having the same judge take control of a file would enhance continuity.

Once again, the lack of streamlining causes unnecessary delay when statistics show that 97 per cent of actions settle before trial, often at the 11th hour. There is no denying that this proposed rule change represents a radical power shift away from parties to the courts. The important question that governments, the legal profession and the public have yet to face is how to deliver the quality of a Porsche for the price of a Chevrolet. The obvious answer, as much as we may resist it, is that it’s impossible.

We need to face the fact that the time-honoured concept that everyone should be entitled to their day in court may have to yield to the financial reality that, as citizens, we can’t have what we are unprepared to pay for. If we are to assist our courts, we need change that matches resources to their capacity to perform. And a critical part of this match is balance between intake and output.