Is McDonald’s a better career choice than law school? 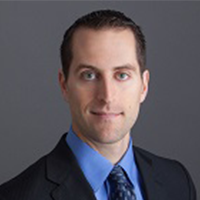 If we assume that a primary factor driving career choice is expected pay and net worth, we can take a rough measure as to the value of pursuing one vocation over another, in this case, fast-food versus law.

To explore this, let’s consider Erin and Ryan; two hypothetical, 18-year-old twins, possessing similar abilities. Initially, both live at home and have just completed high school. Conveniently, their home is located within walking distance of both the University of Toronto and a McDonald’s. Having graduated, both are permitted to continue living at home rent-free but will otherwise be responsible for their own expenses. Each twin is committed to investing in themselves, Erin through educational attainment, and Ryan through workplace training and capital accumulation.

Erin enrols at U of T in the faculty of arts and sciences. While she will not work during the school year, we will assume she secures employment each summer at minimum wage ($14-per-hour). From the University of Toronto Financial Planning Calculator, we will extrapolate her yearly expenses to be $16,020, comprised of $7,700 for tuition, $1,000 for books, and $7,320 otherwise (food, phone, health and entertainment). Subtracting her earnings from her expenses, Erin will be required to borrow approximately $30,000 through graduation (an amount typical for Ontario undergraduates).

Ryan conversely, has had enough of school, and has decided to get a job at McDonald’s, where he is fortunate enough to secure full-time hours. He, likewise, starts at minimum wage. His annual expenses are $7,320.00, and any savings are invested at 2.75-per-cent annually. If we assume that Ryan manages to earn a 50-cent raise each year (commencing at the start of his second year of employment), and saves any income in excess of his expenses, by the time of Erin’s graduation, he will have close to $100,000 saved.

Conversely, Erin decides to pursue legal education, and incurs additional, application-related expense before being admitted to the U of T. She will continue to live at home, but her non-school annual expenses will increase to $8,745.00 yearly, while her total expense will increase approximately $44,000.00 per year (extrapolated for U of T’s 2019-20 financial-aid program policies and procedures booklet). Unlike many of her law school peers, we will assume that Erin is able to find paid employment during the summers. If we assume Erin paid full-sticker price, her debt would be in excess of $140,000 upon graduation. If we assume Erin graduates with an average amount of law school debt, her debt would still be $83,000.

By the time Erin started law school, Ryan had worked his way into the management training program. If we assume his starting pay was $17.50 hourly, and that thereafter he earned hourly raises of $2.50 every year, by the time of Erin’s law school graduation, he would have close to $200,000 saved, placing his net worth significantly ahead of Erin’s. Though Ryan would still not have advanced to earning the median income for Ontario ($62,700.00 in 2017), he is well on his way there.

Upon graduation, Erin is significantly in debt. If she decides to pursue a career in law, she will be facing several headwinds. Initially, while the population of Ontario has grown by approximately 24 per cent since 2000, the number of lawyers has grown from approximately 30,000 to almost 54,000, with another 4,500 aspiring lawyers continually moving through the licensing process.

Additionally, Ontario has recently expanded the scope of paralegal practice, further increasing the supply of legal-service providers. Conversely, demand has remained stagnant, and by September every year, between 200 and 300 candidates have failed to secure articling positions. Were Erin to fall into that cohort, she would incur thousands of dollars of additional licensing fees (that would otherwise be borne by her employer).

Not surprisingly, some articling positions are offered without pay, or with nominal stipends, that fall far short of the minimum wage. Moreover, where an articling placement ends badly, it is no longer unheard of for graduates to end up homeless and on the streets, as illustrated in Acumen Law Corporation v Ojanen, 2019 BCSC 1352 (CanLII).

If we assume that Erin is an average lawyer, she can expect to advance throughout her career towards the median pay of approximately $90,750. While this may seem out of line given average hourly rates for lawyers, it must be recognized that most lawyers are only engaged in productive (paid) work for approximately 1.6 hours a day. Her take home pay will be significantly lower over her early career, as she must begin repaying her loans. Likewise, if she ever wants to catch up to her brother’s net worth, she will have to very aggressively save, given his sizeable head start. She will also have to hope her brother doesn’t transfer to Chipotle, where he could make close to $100,000 yearly, if he’s promoted to, what they call a “restauranteur”: the general manager of a location.

Assuming Erin is an average lawyer, it will likely be some time until she hits six figures, if ever. Putting a down payment on a home will be more of a dream than a reality for the foreseeable future.

While Erin could perhaps make much more than the average in law, the chief question for consideration is whether the expected returns justify the high up front cost. Though fast food jobs aren’t thought of as especially prestigious, the above example indicates that for the average would-be lawyer, a career in fast food may be a smarter bet, and may, in fact, make you richer.