Lawyers across Canada should oppose a law that violates the rights of and discriminates against their colleagues, says Nour El-Sabah Farhat 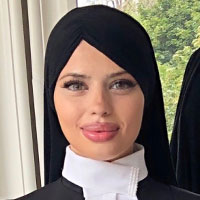 On June 16, the National Assembly of Quebec sanctioned the violation of the fundamental rights and freedoms of a part of the Quebec population by passing into law Bill 21, An Act Respecting the Laicity of the State.

At a time when the protection of civil rights has never been so necessary, the Quebec government has chosen complacency and a risky arbitration between fundamental freedoms and populism. There is, sadly, nothing to hide the Quebec government's disregard of the fundamental rights of minority groups, which is unprecedented in Canada since the adoption of the Charter of Rights and Freedoms.

Our democracy depends upon the rule of law, the neutrality of the state, respect for democratic institutions and for minority rights.

However, in passing this Act – under which new hires in the public service who are in positions of coercive authority are banned from wearing religious symbols such as headscarves, and residents must have their faces uncovered to give or receive specific public services -- Quebec has engaged in a democracy of public display, responding to populist majority opinion at the expense of its visible minorities.

These new barriers erected between the majority and minorities make the inequalities already present even more flagrant, and the gulf between the state and its minority citizens is flooded by the search for scapegoats.

The Act imposes a ban on wearing religious symbols by state officials who embody the authority of the state and who exercise a power of coercion, e.g., judges, prosecutors of the Crown, police officers, and even schoolteachers.

The Act equally applies to public servants and employees of the state who work in the justice system. Thus, not only will an individual wearing a religious symbol not be able to exercise the function of a judge or Crown prosecutor, but s/he will not be able to work as a lawyer in any Quebec ministry, legal aid office, or the clerk's office of a municipal court, for example. This is a real obstacle to access to employment for lawyers belonging to religious minorities who wear symbols of their religion.

It goes without saying that an agent of the state — a lawyer in particular — must show religious neutrality and reserve with regard to the expression of her religious beliefs in the exercise of her functions. Her decisions as part of the service rendered must be impartial, regardless of her appearance or her religious beliefs. However, it is necessary to distinguish between the neutrality of acts and decisions, and the neutrality of appearances of an agent of the state, because each individual carries with her her own beliefs and convictions.

Neutrality and secularism are binding on the state; they must also allow citizens freedom of conscience and religion. Thus, the state cannot, in the name of  neutrality, establish what constitutes the proper exercise of faith among Quebec’s religious groups, which include the wearing of religious symbols.

The Quebec government must also take into consideration the discriminatory effect of such a law on a religious minority member’s access to public services and to employment in the public sector, which today are both fraught with obstacles.

It is also up to the lawyers across the country to oppose a law that violates the rights of and discriminates against their colleagues, without real or urgent reason.