When Spending $1 Saves $9: Why Spending on Justice Makes Sense

Austerity in the justice system does not save money, argues Lisa Moore 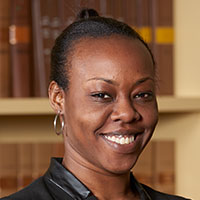 Sometimes austerity is warranted, or necessary. In those instances, when public purse strings are being tightened and spending decisions scrutinized, excess and indulgence are typically relegated to the chopping block.

Notwithstanding, the exercise of identifying services, programs or other areas of government spending to subject to the budgetary axe often culminates with fingers pointed squarely at justice.

While the criminal justice system is not without its challenges and flaws, my focus here is primarily on civil justice — the most frequently experienced category of legal problems by people around the globe.

It is easy to understand why justice is so frequently a target of funding cuts. In many ways, spending on justice is presumed to be extraneous – a generous act by governments or funders that is tantamount to a donation that one might offer to a charity – certainly a good thing to do but lacking tangible deliverables.

Further, if spending on justice is framed (as it so often is) as a competition for financial resources with healthcare, education or other social services, the cause of access to civil justice typically does not have far to go to fall to the bottom of the list of funding priorities.

Monetary benefits of spending on justice

A recently published Canadian Forum on Civil Justice (CFCJ) report on “Investing in Justice” provides significant evidence to support financial investments in justice as not simply beneficial for individuals and communities but also profitable.

The report, of which I am a co-author, found that on average CAD $1 spent on justice yields a return between CAD $9 and $16. Put differently, facilitating access to justice programs and services for low- and middle- income earners results in lower court costs, fewer evictions and lower unemployment rates, which reduces the demand for government services, helps to keep families safe and together, and reaps other benefits.

Funding justice also contributes to the successful resolution of benefits cases which, when these problems are addressed, results in those funds being returned, through spending, into the economy.

Funding justice also results in less demand on health services for legal problems related physical and emotional health problems. This is noteworthy, since the increased use of healthcare and other social services because of civil and family justice problems is conservatively estimated to cost governments $800 million annually. These are just a few of the ways that spending on justice saves a lot more than it costs.

There are many misconceptions about justice that have impeded its rise in perceived importance, and that consequently have an impact on the way that justice is funded. The most significant of which is perhaps based on the notion that legal problems largely arise out of exceptional circumstances.

Many times, the legal cases that make headlines are those that feature well-known public figures or that involve otherwise extraordinary situations. The result is that, while news of a millionaire’s fall from grace or the misappropriation of public monies might provoke awe or anger (and perhaps a few memes), many people may not be able to identify with the circumstances of the types of legal problems that we give prominence to, or with the people experiencing them. We end up not thinking about, understanding or talking about legal problems in the same way that we might talk about health problems, issues within the education system, transit problems or other problems that we consider to be more connected to our own personal circumstances.

As captivating as the details of the legal stories that make headlines may be, the legal problems that a majority of people experience arise from much more modest occurrences in our daily lives. They are also much more common (and stubborn) than most people may know.

A national study by the CFCJ found that during any given three-year period, almost half of the adult population in Canada will experience at least one civil or family justice problem.

Moreover, virtually every adult in Canada will face at least one serious civil or family justice problem in their lifetime. These include problems ranging from disputes over a repair or excessive noise in one’s neighbourhood to harassment at work, a problem obtaining old age security, difficulties settling a will or problems obtaining a discharge from a hospital. These commonly experienced problems all fall into the category of civil justice problems.

The lack of public understanding about what constitutes a civil justice problem, the frequency of these problems and their seriousness feeds into other misconceptions about the extent of an ongoing crisis in access to justice and how to address it. There is a disconnect – an unconscious uncoupling – between our experiences of ‘everyday problems’ and our recognition of the legal aspects of these problems.

When a child is wrongly suspended from school, or an argument ensues over a contract cancellation at a gym, or a landlord refuses to repair a problem in a tenant’s unit, these problems, each of which has a legal dimension, are often not viewed as legal problems. Rather, they are frequently considered to be social problems (for a recent discussion on this topic, see the work of Professor Rebecca Sandefur), or else surmised to be a bad break, a part of the natural, albeit unfortunate ebb and flow of life.

In fact, these problems are part of an estimated 35.7 million separate civil justice problems that are experienced by adults in Canada within any given three-year period.

In recent years, CFCJ research has also confirmed the sweeping impacts of experiencing civil and family justice problems. There are considerable financial, temporal, economic, social, interpersonal, physical and mental health costs that result from these problems.

Civil and family justice problems can result in a loss of security, when families are evicted for example, or an employee is unfairly dismissed from their job, or government benefits are unfairly denied. Civil justice problems are also prohibitively costly for most low- and middle- income earners to resolve through formal channels. Furthermore, they are time-consuming to address, and research shows that they also lead to the breakdown of family and other relationships. Legal problems cause significant stress and physical health problems, with approximately 40 per cent of people reporting high levels of stress caused by a civil justice problem. Further, 65 per cent of people who experience legal problem related physical health problems report that they visited a physician more often as a result of their civil or family justice related health issues.

Generally, the longer these types of legal problems go unresolved, the more significant and costly the outcome. Vulnerable and marginalized groups are especially susceptible to the egregious consequences of serious legal problems.

It is important that, as a collective, we understand the prevalence of these types of legal problems and the magnitude of their consequences. Without public acknowledgement of the seriousness of the crisis in access to civil and family justice, we will continue to perceive government spending on access to justice as gratuitous, rather than as imperative. There is a vested interest in successful, well-run healthcare systems for our own well-being as well as for the benefit of family members, and others in our networks and communities, and rightly so. It is an important issue and we make this known in various ways. Similarly, the potentially life-changing consequences of legal problems merit attention and funding.

Legal problems, and in particular civil and family legal problems, have become a common feature of life. They are problems that affect people of all demographics. Finding avenues to resolve legal problems should be easier. To move the dial towards better access to justice, in part, requires understanding the commonality of experiences of legal problems within societies. Further, the net benefits of spending on justice need to be widely understood.

Supporting and encouraging adequate funding for justice is not a choice, it is not only the right thing to do, it is necessary for a properly functioning and caring society.

COVID-19 and the courts: April 7 update

COVID-19 and the courts: April 6 update

Competition Bureau doubles down on enforcement