In a decision that some lawyers call the most significant Canadian court decision concerning COVID-19 business disruptions, Cineplex Inc. has been awarded more than $1.23 billion in damages in a decision over whether Cineworld Group PLC could back out of a deal to purchase the Canadian cinema chain without penalty.

Ontario Superior Court of Justice judge Barbara Conway ruled in a 39-page decision released this week that Cineworld had no legal grounds to terminate its deal to acquire Cineplex.

In June 2020, Cineworld called off its planned $2.8 billion ($34 a share) takeover of Cineplex, announced in December 2019. The deal would have created one of the world’s largest cinema companies with more than 11,200 screens globally. However, the COVID-19 pandemic shuttered the circuits of major exhibitors, including Cineplex and Cineworld, and created high debt and liquidity concerns.

But Conway wrote that the June 12 notice to terminate the agreement, just days before the deal was supposed to close on June 30, “was a repudiation of the agreement.” She awarded Cineplex damages of $1.236 billion in lost synergies from the abandoned takeover deal and $5.5 million in transaction costs. The Ontario court also denied Cineworld’s counterclaim against its former takeover target.

Justice Conway argued Cineworld wrongly used a provision of a $725 million debt condition Cineplex was under to argue that it could terminate the transaction before closing.

“Cineworld could not refuse to close [the deal] on this basis, nor could it walk away on account of the pandemic since that was excluded from the definition of company material adverse effect,” the ruling said.

Lawyer Eli Lederman, with Lenczner Slaght, says the decision is important because it so offers “the most authoritative Canadian guidance on the interpretation of standard clauses, like Material Adverse Event clauses, which allocate risks between buyers and sellers in purchase transactions.”

In this case, the MAE clause “squarely addressed” the risk of a pandemic and allocated that risk to the buyer, Cineworld, Justice Conway said.  The definition of MAE, in this case, excludes “outbreaks of illness.” If that event was a pandemic, she said, “the exclusion applied, and Cineworld could not refuse to close.” 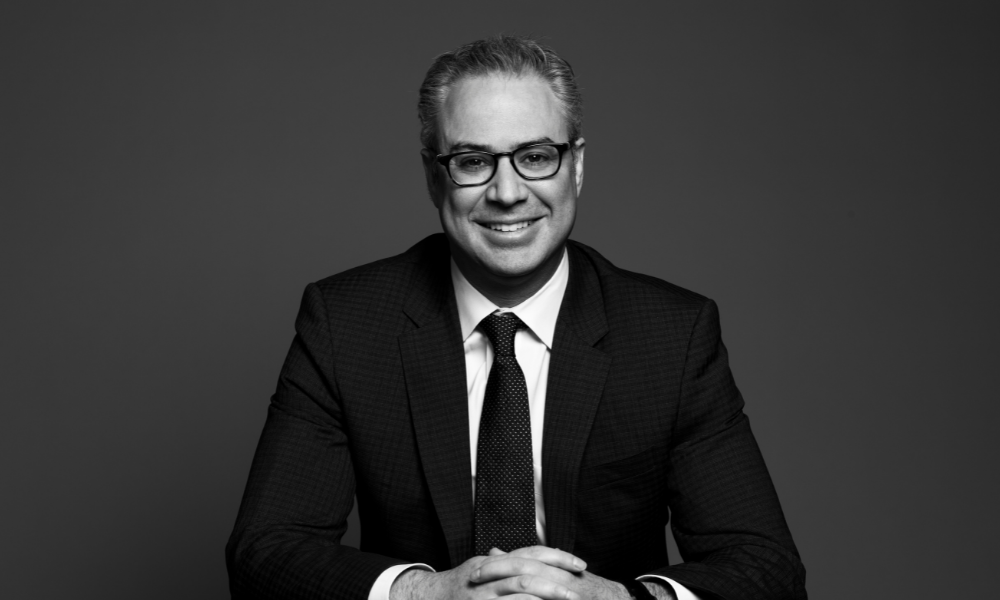 Lederman said that if Cineworld were not required to acquire Cineplex because of COVID-19, a specific exclusion under illness outbreak, it would have shifted the “material adverse effect condition onto the buyer,” which is not what the agreement stipulated. “So, it couldn’t use the pandemic as a way to get out of the deal.”

A note written by Torys LLP lawyers Andrew Bernstein and Chris Kinnear Hunter agreed. It said: “Although these types of events [pandemics] are extremely rare, when they do occur, they have a significant impact on the economics of a transaction, and the courts will not allow parties to take advantage of the delay between signing and closing to try to escape their obligations.”

The case also provides a high-profile example of the court’s treatment of allegations of “breach of the duty of honest performance.” As well, Cineworld claimed Cineplex broke a deal covenant “to operate in the ordinary course of business” between the date of the agreement and closing. But Justice Conway ruled that was not the case.

During the trial, Cineplex indicated that there were signs early in the pandemic that Cineworld did not intend to close the deal, despite testimony from Cineworld executives to the contrary. They testified that while they had doubts that Cineplex would be able to stay under the $725 million debt condition, it was only when it became aware of Cineplex’s alleged breaches of other covenants that they decided to terminate the agreement.

However, Justice Conway wrote that a “very different picture” emerges after reviewing the evidence.”

Justice Conway also noted that Cineworld was itself facing liquidity concerns. In early March, Cineworld was working with one firm on a US $110 million increase to its revolving credit facility. It also met with other potential lenders, “who continued to seek confirmation that the deal would not proceed.” It eventually found a lender to offer a credit facility, “with conditionality that the Cineplex deal would not proceed.”

On another front, Justice Conway noted that the work on integrating the two exhibitors that had progressed actively during the months of January and February 2020 stopped in mid-March. “From that point onward, all contact between Regal and Cineplex stopped, as did all internal integration planning work at Regal. It never resumed.”

Considering the evidence, Justice Conway wrote that, on a balance of probabilities, “by mid-March Cineworld was considering” its options, including getting out of the deal.

“I find that by the third week of April, Cineworld had no intention of proceeding with the deal at $34 per share,” Justice Conway wrote. “Cineworld was assuring its shareholders that the transaction would not proceed at that price (or at all).”

Cineworld agreed to conditionality on the [credit facility] increase, she wrote, “because it needed the funds and knew that it could not get them if it completed the transaction.”

Not only did Cineworld hopefully anticipate that Cineplex would exceed the $725 million debt ceiling condition, Justice Conway wrote that it also knew that this was the way for Cineworld to get out of the transaction.

“Cineworld expected that without revenues from its theatres, it was only a matter of time before Cineplex would exceed the debt limit,” Justice Conway wrote. “As it turned out, Cineplex never did exceed the $725M debt condition,” with the Canadian company’s debt at $656 million in early June.

Cineworld argued that Cineplex’s attempts to manage costs, such as delaying payments to vendors, was operating outside the ordinary course of business, and therefore would allow termination of the deal.

But Justice Conway wrote that Cineplex was focused on staying under the $725 million debt condition, “this focus must be seen in the larger context” of what was going on at the time.

The ordinary course of business covenant in this deal had two parts. The first part requires Cineplex to “conduct its business in the ordinary course and in accordance with the law.” The second part requires Cineplex to “use commercially reasonable efforts to maintain and preserve its . . . business organization, assets, properties, employees, goodwill and business relationships with customers, suppliers, partners and other persons with which the company or any of its subsidiaries has material business relations.” Justice Conway said Cineworld focused only on the first part, not the second.

“Cineplex was trying to preserve and manage its cash flow during this period of economic uncertainty, she wrote. “I find that the decision to defer payables and restrict spending . . . was made in the context of the very real concerns about COVID-19 and the reality of its impact on the Cineplex business.” Therefore, she deemed, these actions were not out of the ordinary course of business and were reasonable steps.

Lederman said Justice Conway’s ruling on how Cineplex managed its cash flow shows that a company taking unusual but reasonable steps to conserve liquidity and maintain its business during economic adversity is still within the boundaries of the “ordinary course of business.”

The judge’s conclusion signifies that the “ordinary course of business” clause can’t be read in isolation,” Lederman says.

On the issue of “honest performance,” Cineworld argued that Cineplex breached its duty by deliberately and knowingly” misleading the UK exhibitor on material and relevant information related to Cineplex’s compliance with the agreement.

However, Conway rejected this submission, saying that despite constraints resulting from COVID-19, “Cineplex provided answers to the information requests in a timely manner.”  Cineworld’s position “that it wanted more details is insufficient to ground a claim for breach of the duty of honest performance.”

Based on the evidence and testimony, Justice Conway concluded that “Cineworld could not refuse to close on this basis [honest performance or operating in the ordinary course of business] nor could it walk away on account of the pandemic since that was excluded from the definition of Material Adverse Effect.

In assessing damages, Cineplex had provided three theories of “expectation” damages. One is that Cineworld would have paid its shareholders less the current value of shares; the second is the diminution in value of Cineplex’s future cash flow; and the third, loss of synergies. These were in the range of $800 million to $1.3 billion.

Cineworld argued that Cineplex was only entitled to collect reliance damages consisting of its transaction expenses of $5.5 million.

Justice Conway rejected Cineworld’s argument, noting expectation damages are the standard measure for breach of contract. But she also dismissed Cineplex’s shareholder consideration argument because it was Cineplex, not shareholders, who was the plaintiff. She did, however, award damages, amounting to $1.233 billion, for the loss of synergies that Cineplex would have gained by merging with Cineworld.

The Torys note says this case is one of the first in which a Canadian court has had to grapple with the question of how to assess the damages a company suffers from a counterparty failing to close a deal to buy its shares. “This has always been a dilemma: a company should be more-or-less indifferent to who its shareholders are—but if it’s the company and not the shareholders who are entering into the contract, how can it protect itself against a buyer who wants to walk away? “

In this case, the buyer was a strategic purchaser so that the court could rely on synergies. “But in a future case, with a financial investor, it is difficult to predict how the court could assess damages.”

Cineplex president and CEO Ellis Jacob said in a statement that he is “pleased that the court found Cineplex acted properly throughout this difficult period in our history.”

He added that “with roots that go back over 100 years, we are proud of the relationships we have maintained through this process and remain steadfastly committed to our guests, shareholders and team across Canada and the United States.”

In its own statement, Cineworld said it would appeal the Canadian court decision. “Cineworld disagrees with this judgement and will appeal the decision. Cineworld does not expect damages to be payable while any appeal is ongoing.”