Court of Appeal rules no “air of reality” to the defence of necessity, given narrow parameters

The B.C. Court of Appeal’s decision to prevent two Trans Mountain pipeline protesters from raising the “defence of necessity” in disobeying an injunction is a blow to those hoping to fight against further climate change, environmentalists say.

But Harry Wruck, a lawyer for Ecojustice based in Vancouver, says there is “no question that the defence of necessity is still open to a climate change protester in the right circumstances.” 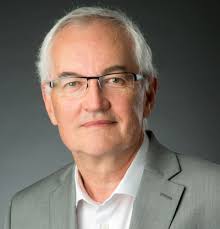 “Yes, there is disappointment with the fact that the necessity defence was not accepted by the British Columbia Court of Appeal,” Wruck says. “In my view, the defence of necessity plays a critical role in preventing climate change.

“At the same time, it has to be recognized that this decision is very narrow in its scope based on the specific facts giving rise to the appeal. The Court of Appeal did not hold that the defence of necessity cannot be used in the climate change context.”

In a ruling released September 21, Court of Appeal Justice Joyce DeWitt-Van Oosten, writing on behalf of her colleagues Chief Justice Robert Bauman and Justice David Harris, concluded the trial judge did correctly find there was no “air of reality” to the defence of necessity that was offered by the defendants, given the narrowly defined parameters of that defence.

The case dates to 2018 when David Gooderham and Jennifer Nathan were both convicted of criminal contempt of court for blocking the Trans Mountain pipeline expansion project on separate occasions. At the time, the owner of the pipeline, Kinder Morgan, had asked for, and received, an injunction to make it illegal to block work on the project. 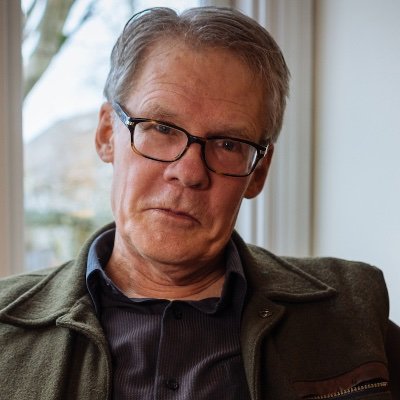 On March 24, 2018, police arrested Nathan, a retired teacher, for blocking access to the Burnaby Terminal. She was part of a group of approximately 60 protesters who stood in front of that terminal’s entry gate. Nathan admitted she disobeyed the injunction to draw attention to her opposition to the pipeline. The disobedience occurred in full view of media and members of the public. She received six months’ probation and ordered to perform 150 hours of community service.

On August 20, 2018, police arrested retired lawyer Gooderham for obstructing entry to the West Ridge Marine Terminal. He was with four others who sat in chairs blocking access to that site. Gooderham admitted he disobeyed the injunction. He was sentenced to 28 days of incarceration.

At part of their trial proceedings, Nathan and Gooderham asked the trial judge for permission to raise the necessity defence, arguing they had to disobey the injunction because of the threat the pipeline project posed to climate change.

In support of the necessity defence, Nathan and Gooderham wanted to call expert scientific evidence showing that an expanded Trans Mountain Pipeline would increase Alberta’s oil sands production. That would cause a substantial rise in Canada’s annual level of oil sands emissions to 2030 and prevent Canada from meeting its reduction commitments under the Paris Agreement and exacerbate an already dire global situation of rapid warming.

In Perka v. The Queen [1984], Supreme Court of Canada Chief Justice Brian Dickson wrote the necessity defence excuses criminal conduct based on the principle that “a liberal and humane criminal law cannot hold people to the strict obedience of laws in emergency situations where normal human instincts, whether of self‑preservation or of altruism, overwhelmingly impel disobedience. The objectivity of the criminal law is preserved; such acts are still wrongful, but in the circumstances they are excusable.”

However, Dickson wrote that the necessity defence must be “strictly controlled and scrupulously limited” and can only be applied in the strictest of situations where true “involuntariness” is found.

At the trial of Nathan and Gooderham, B.C. Supreme Court Justice Kenneth Affleck rejected the defendants’ request to use the necessity defence. He said this defence had “no reasonable prospect” of success. He also denied Gooderham and Nathan’s request to call expert evidence to support their contention.

Justice Affleck gave several reasons for doing so. First, he concluded that the argument that there was no reasonable legal alternative to disobeying the injunction was not sustainable without an attempt to vary or appeal the injunction. Second, there was no “imminent risk of an immediate peril” that could be avoided by the wrongful act. Third, the necessity defence cannot excuse the “very conduct that the injunction prohibits.” Finally, displays of “public and mass contempt for court orders” are not excusable in “robust” democracies where governments can, and often do, change their policies in response to public pressure.

On appeal, the two defendants claimed that Affleck’s analysis of the issues was legally flawed and exceeded his jurisdiction by deciding the merits of the defence without hearing their evidence. They asked for a new trial and an opportunity for their climate change evidence to be heard.

In denying the appeal, DeWitt-Van Oosten said she didn’t doubt the sincerity of the appellants’ view that blocking the Trans Mountain sites was the best way to stop the pipeline expansion or their sense of urgency.

“From their perspective, increasing Canada’s annual emissions through an expanded pipeline constitutes a ‘clear and imminent peril’ within the meaning of the common law, DeWitt-Van Oosten wrote. “The appellants also contend that impeding construction of the pipeline was the only reasonable alternative available to them in responding to that peril. As a result, disobeying the injunction was legally excusable.”

But she agreed with the Crown that alternatives existed and found that complying with the injunction was not demonstrably impossible, mainly because the appellants were given a chance to leave the area before they were arrested and continue the protest in a nearby and lawful location.

DeWitt-Van Oosten wrote that she is satisfied the trial judge found the defence “carried no air of reality on the proposed evidential foundation” with no “reasonable prospect for success.”

As well, she wrote that “the planned public defiance of a court order to stop lawfully authorized activity in furtherance of an individual or societal goal, no matter how altruistic or serious that goal may be, is much more akin to a ‘choice’ than morally involuntary behaviour.”

Gooderham says he is not surprised that the Court of Appeal ruled the way it did, but he is disappointed in “how it got there.” The court did not really answer the question of imminent peril, he says, because it felt that it didn’t need to decide on that because the protesters had not sufficiently explored lawful alternatives.

He says these alternatives may be theoretically plausible, but one also must look at how fast the imminent peril — in this case, the destruction caused by fossil fuels on the environment — is coming.

“My feeling is that you have to make a decision on the nature of the peril, and if the alternatives make any sense.”

At this point, Gooderham says he is weighing his options in asking for leave to appeal to the Supreme Court of Canada. He will consider if the lengthy process in doing that makes sense, given how quickly the peril of climate change is coming.

Wruck says the appeal court held that the accused individuals failed to take advantage of a reasonable legal alternative open to them in disobeying the law. One option involved challenging the injunction order, which they failed to do.

“Therefore, it is open to other protesters to avail themselves of the climate necessity case as long as they make every effort to take advantage of reasonable legal alternatives open to them in disobeying the law.”