An Ontario Superior Court of Justice judge said a recent cross-border custody case is a “stark reminder” that, as courts transition to using digital platforms and accept more electronic communications as evidence, the potential grows for manipulation and misuse.

“Fake electronic evidence has the potential to open up a whole new battleground in high conflict family law litigation, and it poses specific challenges for Courts,” Justice Heather McGee wrote in a decision granting custody of a two-year-old girl to her father in Oregon.

“Generally, email and social media protocols have no internal mechanism for authentication, and the low threshold in the Evidence Act that requires only some evidence, direct and/or circumstantial, that the thing ‘is what it appears to be’ can make determinations highly contextual.”

She added that in a digital landscape, misuse of electronic information is the new “catch-me-if-you-can” game of credibility. McGee also urged lawyers, family service providers, and institutions to be on guard and “be part of a better way forward.

“Courts cannot do this work alone, and the work must be done well. High conflict litigation not only damages kids and diminishes parents; it weakens society as a whole, for generations to come.”

According to the case laid out in McGee’s ruling, the mother and father met in Oregon in 2017. He was a native of Oregon. She was a permanent resident of Canada and a citizen of India. They married three months later, but it was not long after their marriage in Las Vegas that the relationship started to go downhill.

After announcing her pregnancy in August 2018, the mother moved to Brampton, Ontario. By the end of January 2018, following several months of a volatile, long-distance relationship, the husband considered his marriage to be over.

During a four-week custody trial, much of the case centred around the credibility of evidence provided by the child’s mother. The court ended up discounting much of that evidence because it was falsely manufactured or forged.

For example, the mother produced a paternity test that said the husband was not the biological father. McGee called it “a clear forgery,” in which the “conclusion and probability of paternity fields had been altered, and the footnotes below the conclusions had been typed over.”

Another example of the mother misleading the court was when she called a witness and claimed he was her first husband. McGee disqualified the witness, who gave testimony over Zoom, when it became clear that “he was not who he was presented to be.”

Other evidence introduced by the mother was an 11-page notarized “will-say” statement from the father’s friend, who the mother had called as a witness. When the mother failed to call this person as a witness, the father had this friend testify.

The witness also gave evidence she was shocked when she saw a copy of this statement and that seeing it caused her to feel as though her “identity had been stolen.”

Almost more troubling than these examples, McGee wrote in her decision, were the “spoofed’ emails created to make the father look less credible in the court’s eyes and the professionals dealing with the child, who had some medical problems that required surgery.

“What stood out, in this case, was the purpose of the spoofed communications,” McGee wrote. “Instead of tricking or scaring the target, electronic communications were spoofed to deliberately damage the other parent’s credibility and to gain litigation advantage.”

Two of the emails sent to doctors looking after the child stated that the purported sender, [the father], wanted to put the daughter up for adoption. Another sent to a Montessori school said [the father] had told [the mother] to “abort the baby when she was pregnant and move on with her life.” All were deemed inauthentic.

McGee noted the test threshold for the authenticity of electronic documents at the admissibility stage is low. The required standard of proof “is some evidence capable of supporting that the electronic document is what the party adducing it” claims it to be.

It is easy to spoof an email, McGee wrote, and not always easy to detect. “For sophisticated senders — such as actors who are ‘phishing for information of commercial value — the origins of a spoofed email may never be detected.”

However, McGee admitted the “inauthentic” evidence for other purposes, as they demonstrated the wife’s “extensive efforts to damage the husband’s character.” 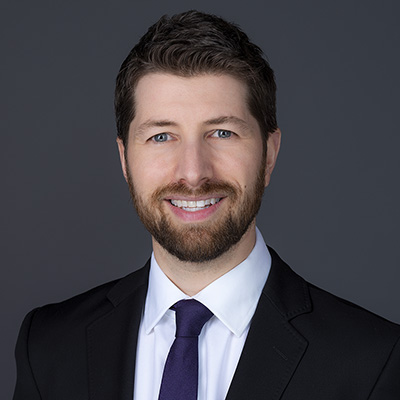 Lawyer Andrew Chris of Normandin Chris LLP, who represented the father, says that it has been a “tough two and a half years for my client, and what has been frustrating is that it wasn’t until the trial that there was any real ability to test the evidence.” He adds that “it caused no shortage of pain to my client, and ultimately, the child.”

While many of the forgeries looked blatantly manipulated, Chris says some were “quite realistic looking” at first glance. “But because there were so many forgeries over such a long period, we had to scrutinize every single document to separate out the good documents from the bad.” She even altered one of his letters, “something I might not have noticed if I wasn’t reviewing every document for forgeries.”

As for court proceedings done by video, Chris says that there is the potential “for things taking place off camera” that could take away from a fair trial, such as a witness being coached by someone off-screen or through notes or chats exchanged on a phone or second computer screen.

Chris says he doesn’t know whether these tactics will play a more significant role in family law and custody cases in the future, given the virtual landscape. Still, he says that “the emotional stakes are really high in these situations, and there could be more temptation to take nefarious steps, especially in a virtual proceeding.”

In a separate decision on costs related to the case, released earlier this month, McGee ordered the mother to pay $438,188.77.

“There is no question that (the mother) acted in bad faith throughout this proceeding. She actively deceived (the husband), made false allegations, falsified documents and spoofed emails.

“Her actions were clearly designed to inflict maximum emotional and financial harm, to deceive service providers and ultimately to manipulate the evidence before the Court.”

The child is now in Oregon with her father, but the mother has launched the appeal process. However, the court ordered the mother to post $30,000 in security for costs to proceed with her appeal.