Laws surrounding intellectual property must adapt as the advent of machine learning, and modern artificial intelligence (AI) challenges the concepts of human invention and ownership, say lawyers who are keenly watching development in this area of IP law.

“There are lots of issues associated with intellectual property surrounding AI, says Nathaniel Lipkus, a partner in the Intellectual property practice at Osler, Hoskin & Harcourt LLP. Perhaps one of the more intriguing questions, he says, is “what happens when AI is the creator of intellectual property?” It’s an issue that hasn’t been deliberately addressed in IP statutes in Canada and around the world. 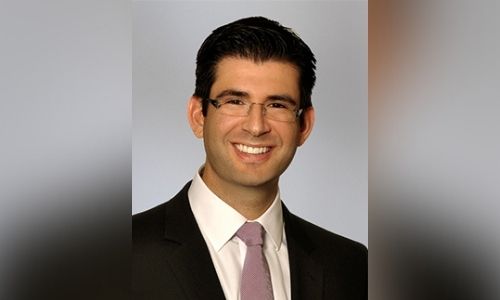 For hundreds of years, Lipkus says, intellectual property policy has been driven by the imperative of rewarding human creativity and ingenuity through creative works and valuable inventions to society. But the exchange for this disclosure is protection through granting “monopolies” to inventors and creators.

However, machine learning and AI are challenging that “bargain,” as computers become more powerful and acquire more “higher-order” brain functions. Who owns these creations is far from clear, says Lipkus, especially if you consider two different IP policy goals – to reward ingenuity and advance technology regardless of how it is created.

Last year saw the first global court decisions to grapple with whether a non-human can be an inventor for the purposes of patent law. They deal with a patent application that names an AI inventor named DABUS (Device for Autonomous Bootstrapping of Unified Sentience) as the would-be patent holder. DABUS was created by Dr. Stephen Thaler, the stated owner of the applications. The application has been filed in 17 countries.

Lipkus says patent offices have been forced to determine whether a patent can be issued with DABUS as the named inventor. So far, four countries have weighed in, with mixed results.

In July 2021, DABUS scored two wins. First, the South African Patent Office issued a patent listing DABUS as the inventor, although no reasoning was provided. South Africa grants patents without substantive examination (and this patent remains subject to court challenge).

Shortly after, the Federal Court of Australia came to the same conclusion, deciding that patent law contains no requirement that an inventor be human. The Australian Court ruled that the term “inventor” was undefined, and its ordinary meaning does not exclude non-humans. After concluding that DABUS was the inventor, the court found that Dr. Thaler was the invention’s owner because he derived title from the inventor, DABUS.

To reach this result, the court reasoned an inventor didn’t need to be a legal person capable of assigning rights for the court to conclude that an owner’s title has been “derived” from the inventor under the Australian Patents Act.

In the United Kingdom and the United States, courts have come to a different conclusion on the inventorship issue.

The U.K. Court of Appeal concluded that the character and obligations of an inventor necessitate that they be human, suggesting that machines “lack legal personality and cannot have rights,” nor can they transfer rights to their owners. A machine cannot offer a statement that it is the true inventor of an invention.

In the United States, the U.S. District Court for the Eastern District of Virginia pointed to the definition of an inventor in U.S. patent law as being an “individual,” which must be a “natural person” under U.S. law.

No Canadian authority has yet weighed in on this issue, although Lipkus says that as Canadian patent law is modelled most closely on U.S. and U.K. law, “it stands to reason” that the perspective of those courts will carry weight. However, there is no definition of “inventor” in Canada’s Patent Act, as there is in Australia.

Eric Lavallée, a partner with Lavery Lawyers in Quebec, says that one of the challenges for courts and lawyers is distinguishing what is “novel” to qualify for patent protection, even if AI is used as part of the process. “Is it really automated? Or is it guided by a human being?” 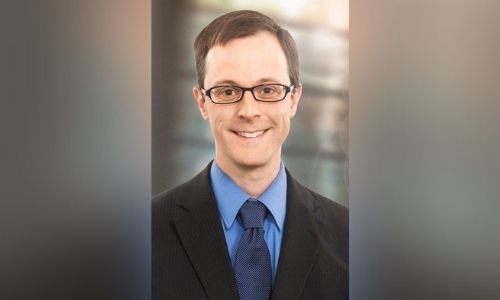 When it comes to copyright, Lipkus's colleague Barry Fong wrote in a recent blog that the concept of whether AI can be an author is also one that will challenge courts.

Under current copyright law in Canada, it is unclear whether AI-generated works are protected by copyright, as those laws protect works that are the product of an author’s skill and judgment. The default rule is that the author is the first owner of the copyright, but copyright jurisprudence in Canada suggests that an author must be a natural person.

AI systems can now create works that are generated – to some degree or even entirely – independent of human intervention. This development challenges a definition of authorship as an act of expression originating from a human being. Writes Fong: “Whether AI-generated works are protected by copyright, and if so, who owns legal rights to the work is an important issue, with implications for public policy and the Canadian economy."

In July 2021, the Government of Canada published a consultation paper soliciting submissions on, among other things, a modern copyright framework for AI in Canada. Concerning authorship and ownership of AI-generated works, the consultation paper suggested three possible approaches:

While any of these approaches would clarify legal rights to AI-generated works under Canadian law, each has significant economic and public policy implications, Lipkus says.

If AI-powered service providers cannot protect their creations, they will lack bargaining power in commercial arrangements. If patent and copyright systems are seen as inadequate, businesses may also choose to preserve their innovations as trade secrets rather than publicly disclosing their IP.

On the other hand, if AI-generated creations are eligible for patent or copyright protection, owners of the most powerful AI will be empowered to seize control of whole areas of IP, potentially triggering an IP arms race, pitting humans against machines.

Lavallée at Lavery says that for companies using AI to create something novel, “my basic advice is talk to your lawyers quite early in the project.”

“Because we need to understand how you structure the development of the new technology. And if we’re involved early on, it’s much easier. And although the patent and copyright regimes are not perfect for handling cases of inventions made by AI, “usually there are things we can do from the start to protect the technology.”