There is no privacy breach in unions collecting the personal contact information of all employees, including those who’ve opted not to become union members, the Supreme Court of Canada ruled today. 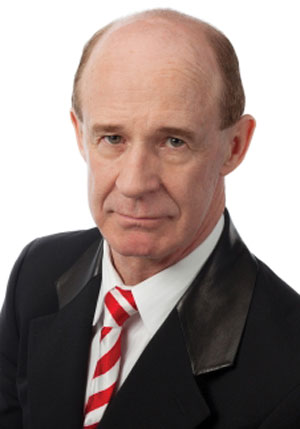 The ruling allows unions to collect the home address, telephone number, and personal e-mail address of all employees despite suggestions from the Privacy Commissioner of Canada that there could be “less invasive” ways of contacting workers.

Canada Revenue Agency employee Elizabeth Bernard “is the protagonist in a legal odyssey which has found its way through three administrative tribunal proceedings, two rounds of judicial review in the Federal Court of Appeal and now an appeal to this court,” the Supreme Court said Friday in Bernard v. Canada (Attorney General).

Bernard is what’s known as a Rand employee – although she opted out of union membership, the union still has an exclusive right to bargain on her behalf. Her “legal odyssey” began in 1992 when she received a letter in the mail from the Public Service Alliance of Canada at home, and took issue with her employer handing over her personal information without her consent.

In what’s now the final chapter of her legal saga, the Supreme Court decided since employees cannot waive their rights to be represented by a union — and the union needs their personal information to fairly represent them — there is no privacy breach in collecting such information as long as it is used for the purpose it was collected.

Previously, the Service Labour Relations Board had decided the union could not rely on employers’ facilities to communicate with workers and needed their personal information.

“The Board’s conclusions are clearly justified,” the Supreme Court said.

“Moreover, the union may have representational duties to employees whom it cannot contact at work, such as employees who are on leave, or who are not at work because of a labour dispute.”

But according to the Privacy Commissioner, an intervener in the case, there are “serious concerns” with allowing unions to collect personal information of employees who are not union members.

As an intevener, the commissioner asked if there other “less invasive” ways of reaching workers, says Eugene Meehan, who argued on the commissioner’s behalf. A home address could reveal information about one’s home ownership, family status, and perceived socio-economic status, adds Meehan.

“In this day and age, there are more expeditious alternatives of contacting someone other than calling them at home or knocking on their front door,” he says, noting texting and social media could be an alternative.

But according to the SCC, “Ms. Bernard has not shown that the home addresses and telephone numbers of employees can reasonably be said to form part of the ‘biographical core of personal information’ which tends ‘to reveal intimate details of the lifestyle and personal choices of the individual.’”

“That’s a matter of serious concern.”