A petition launched by four Ontario lawyers that protests the “curtailing of civil liberties” in response to COVID-19 has been criticized by critics as being grounded in hyperbole, legal misinformation, and an over-emphasis on individual rights rather than the good of the community.

“It is disappointing, distressing,” says Colleen Flood, a law professor and research chair of health and law at the University of Ottawa. “But I guess it’s not surprising,” she adds that there will be some, even lawyers, who believe “grand conspiracy theories.”

The True Free North Declaration petition, which has been on the Internet since mid-November, asserts that public health measures taken across Canada in response to pandemic the has meant “… our country [and] civil liberties are under unprecedented attack.” It adds that “governments, public health authorities, universities, public and private employers, municipalities, and businesses are trampling Canadians’ rights and freedoms.”

Canadian Lawyer spoke with the declaration’s initiators in November after it was launched.

Legislatures “have passed statutes that delegate broad discretionary powers to unelected public health officials, who then create draconian legal restrictions by fiat, without public scrutiny or open debate,” the manifesto says. It calls for an immediate end to vaccine passports and mandates and a public inquiry into the handling of all aspects of the declared pandemic.

However, Flood says she sees the outrage based “more about conspiracy theories and anti-vax statements,” and less about civil liberties being violated. 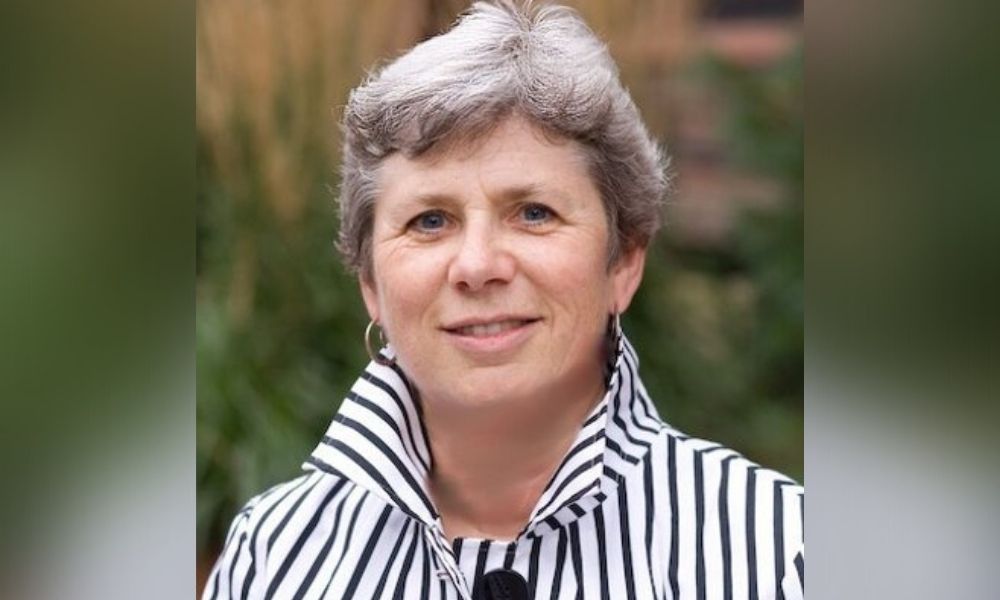 Patricia Hughes, founding Executive Director of the Law Commission of Ontario, says that the TFND authors take issue with “the single-minded fixation on a virus that poses little risk to most people.” She says the restrictions have been designed to keep Covid-19 cases from increasing exponentially and preventing hospitals from being overwhelmed. Few reasonable people would describe the data on the severity of the pandemic and the merits of the public health response as being irrational of questionable accuracy.

Hughes adds that the declaration fails to recognize that “we live in a community with certain obligations to each other. We are not merely individuals without affecting or being affected by others.”

With some exceptions — such as a quickly-withdrawn provision during the stay-at-home order in Ontario that police could stop people on the street — Hughes says the protocols and rules have been effective and “not excessive.”

Hughes says the effectiveness of the measures taken by governments and health authorities to reduce COVID-19 transmission is demonstrated by the fact that when health protocols were “opened up” in some jurisdictions (Alberta and Saskatchewan, for example), there was a spike in cases that led to the reintroduction of the protocols.

On the TFND’s argument that the seriousness of COVID-19 has been exaggerated, Flood and Hughes point to the number of deaths and infections in Canada — almost 1.8 million illnesses and more than 30,000 deaths. As well as World Health Organization figures indicate COVID-19 has hastened over five million deaths worldwide among 250 million cases so far. Without the public health measures taken, they say the numbers would most certainly be higher.

The court system is also implicated in the TFND’s concerns. The petition commentary says: “Courts have embraced the pandemic narrative, some taking judicial notice of the nature of risks of the virus and safety of vaccines to adults and children. But the facts are anything but settled. Courts are supposed to be neutral. On Covid, as on any other contentious subject, their mandate is to find facts exclusively upon the evidence adduced by the parties in the courtroom. Instead, courts appear to have taken a side on Covid. Access to justice and the rule of law are now at risk.”

Hughes says the courts are painted by the TFND as stooges of the government, allowing governments to overstep and “defer to the state to take whatever measures it deems necessary, whether demonstrably justified or not.” Hughes points out that courts typically consider whether measures taken by the state are justified and uphold them only if they determine that they are.

The TFND says that “Covid rules restrict citizens’ abilities to work, shop, travel and socialize,” which Hughes says is “correct up to a point.” Mask protocols, vaccination passports and mandates have indeed had an impact on the daily lives of most Canadians, but for the most part, they come short of violating citizens’ Charter rights.

Flood agrees, noting that the question of Charter rights being broken “requires a complete analysis.” You might claim that a vaccine requirement violates the security of the person under the Charter, she says. “But that is not the end of it. Is it justified? Is it reasonable and proportionate with the circumstances? You can’t just conveniently stop at the point that you wish to stop. Your right isn’t compromised until the court has assessed the full context.”

If there is a right to privacy that would allow someone to go to work unvaccinated, there are also the rights of those whose health might be compromised if there were catch COVID-19 from the workplace, Flood says. “The trade-offs are pretty clear. They are only unclear if you dispute the existing scientific evidence, which it seems this group of lawyers who have signed this petition do.”

“Part of the issue is that who don’t have any expertise in public health or public health law come to the party and think they have expertise when they clearly don’t.” As for a conspiracy to create a campaign of fear, Flood says it’s hard to fathom why health care professionals and governments would be “colluding to scare people,” rather than simply taking an appropriate public health response to COVID-19 and the strain it is putting on the health care sector and those who work in it.

But Hughes says health officials have long had considerable power under their guiding legislation, and their authority stretches beyond the pandemic. The Canadian Public Health Association, a non-government body, published an assessment of COVID-19 public health measures in February 2021, writing that public health organizations “have a history of responding to infectious disease outbreaks with the skills, competencies and professionalism that are the hallmark of the public health profession.”

The TFND states that medical regulators “have warned doctors not to express medical opinions that might conflict with official Covid policies…and directed them not to certify grounds for medical exemptions from vaccination requirements.” The manifesto claims these ground rules rupture the physician-patient relationship and breach “the principle that only a practitioner who has examined a patient is equipped to give a diagnosis.”

Doctors have traditionally provided notes that recommend the patient should be exempt from some activity, be given an extension to complete a project, or not be required to work. However, in the case of COVID-19, the medical regulators have limited the reasons doctors are allowed to use for writing a note to exempt someone from vaccine requirements and requires the physician to state the reason for the exemption.

For example, the College of Physicians and Surgeons of Ontario states: “While physicians are generally required to complete third party medical reports for patients when requested, the circumstances of the pandemic support physicians declining to write notes or complete forms when the patient making the request does not have a medical condition that warrants an exemption.” The college adds “there are very few acceptable medical exemptions to the COVID-19 vaccination.”

However, critics of the TFND like Hughes say the manifesto’s interpretation of what colleges of physicians have advised doctors “is at best misleading and at worst simply wrong.” Doctors can write notes when there is a legitimate medical reason to do so but are also being asked not to “act as the individual’s agent to help them avoid the vaccine because they do not want to get it.” Doctors can decide to write a note after consulting with the patient and are confident it is within the parameters.

Still, critics of the TFND say that their concerns with the document do not mean that Canadians, including lawyers, should be complacent about any attempts by the government to overstep their legitimate powers.

Says Hughes: “There is value in questioning government action, in requiring explanations and justifications for various measures and consequences of enforcement, or in seeking effective alternatives.” And lawyers, like everyone, are entitled to their opinions and express them.

“However, it is disappointing to see lawyers, who should understand the need for appreciating the full picture and bring evidence to bear, taking advantage of their status to encourage or support the kind of protests we see in the streets by many who too often show little understanding of vaccines or the pandemic itself.”

Shouting obscenity does not alone cause disturbance of peace in public place: N.L. Court of Appeal