The federal government’s plan to conduct public consultations for a Marine Protected Area network off the coast of British Columbia could provide a template for how to manage oceans in the face of climate and ecological uncertainty, says Michael Bissonnette, a staff lawyer with West Coast Environmental Law. 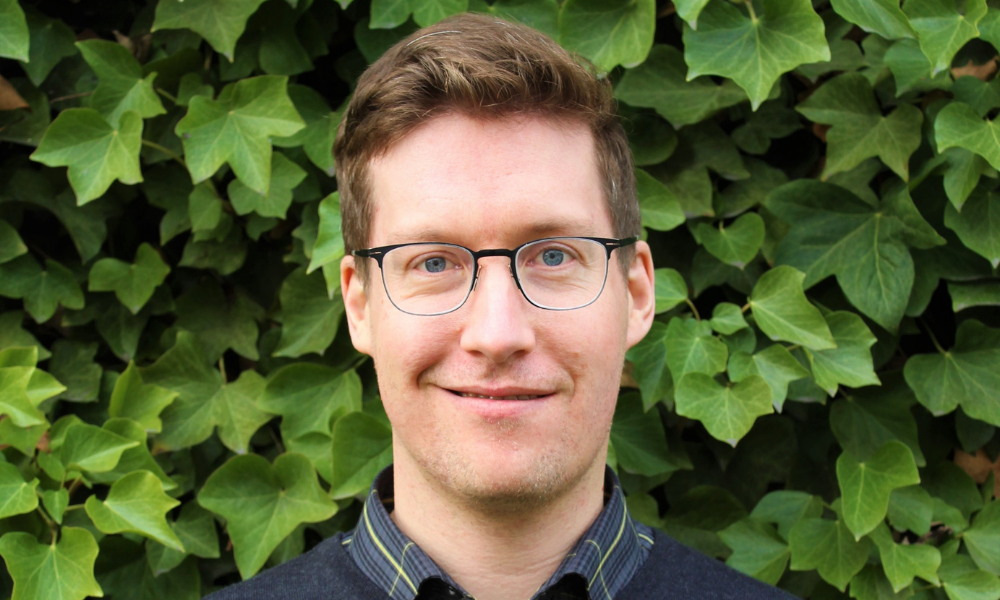 “This is a very exciting initiative,” says Bissonnette, adding it would be the first MPA network in Canada. “There are other areas across Canada that are being contemplated for such designation – on the Pacific, on the Atlantic, in the Arctic – and these consultations are a first concrete step in establishing protected marine networks.”

He says the Great Bear Sea area, also known as the Northern Shelf Bioregion, is a place of “profound” ecological and cultural richness. The Great Bear Sea holds some of the most extensive kelp forests along the West Coast. It harbours humpback whales, orcas, sea lions, and porpoises and provides habitat for a host of endangered species, such as the marbled murrelet, sea otters, eulachon and abalone.

Bissonnette says the current “climate crisis” has had a substantial impact on marine life, pointing to the decline in salmon runs as just one example.

The Heiltsuk, Kitasoo/Xai’xais, Nuxalk and Wuikinuxv First Nations, Parks Canada and the B.C. provincial government recently signed a Memorandum of Understanding (MOU) to conduct a feasibility study to create a National Marine Conservation Area Reserve off the Central Coast of British Columbia. It would cover an area of 14,200 square kilometres.

The Central Coast is a culturally and ecologically rich area, Bissonnette says, so creating a National Marine Conservation Area is a step forward in building a network of marine protected areas (MPAs) in the Great Bear Sea (also known as the Northern Shelf Bioregion). Discussions for such a network are being undertaken between 17 Indigenous nations and the federal and provincial governments.

Bissonnette notes his association is involved in the Marine Protected Area network process (sitting on some of the advisory committees) but is not involved in the negotiation of the memorandum of understanding for the Central Coast National Marine Conservation Area.

Creating an MPA network is an example of co-governance and Indigenous leadership in the face of climate and ecological uncertainty, Bissonnette says.

Marine Protected Areas are areas of the ocean permanently set aside from harmful human activities to achieve conservation goals. Standards and regulations vary across MPAs, from limitations on fishing in certain areas to complete shut-down of commercial and recreational fishing. There are also prohibitions of habitat disturbance by industrial activity, such as shipping and oil and gas activities.

Bissonnette says that a network of MPAs amplifies the benefits of each one and conserves biodiversity in the ocean. The network functions like a corridor of wild spaces on land, connecting important habitat areas over a large geographic region. As well, MPA networks aim to include a greater diversity of habitats than a single protected area can and can buffer against localized impacts in a single area by protecting similar habitats and species across a larger area of the ocean. Networks can also provide reference areas for monitoring the effectiveness of management actions across multiple protected areas.

There are plenty of real-world examples of the climate-related benefits of protected marine reserves, Bissonnette says. In Baja California, Mexico, despite climate-related pressures, the pink abalone population remained stable within protected reserves because of the large body size and high egg production of the protected adults. And in Northern California, a study on restoring kelp forests uses the nearby MPAs as control areas in which no human manipulation occurs.

The importance of MPA networks is also recognized internationally. California implemented a state-wide MPA network in 2012, and it is already showing some positive ecological effects, especially in the older protected areas. New Zealand is in the process of implementing MPA networks around its coastal waters.

WCEL has noted how climate change has already impacted marine life off the coast of B.C., with Bissonnette added MPAs would be one way of mitigating the damage.

Salmon stocks have steadily declined since the 1950s. For example, sockeye salmon stocks have declined 90 per cent since 1950, and chum stocks have dropped 94 per cent since 1954. The reasons for this include climate change, habitat degradation, and harvesting impacts. The decline has had devastating effects on coastal communities, commercial fishers and Indigenous food, social and ceremonial fisheries. Wilkinson warned that it would likely take multiple generations for the stocks to rebuild.

WCEL also says the “heat dome” on the West Coast caused some of Canada's hottest temperatures on record. It pointed to one UBC marine biologist who calculated that the resulting rise in ocean temperatures, particularly in shallow waters and intertidal zones, may have killed more than a billion marine animals in the Salish Sea. B.C. shellfish harvesters incurred catastrophic losses that could put some harvesters out of business for years.

Bissonnette says that well-designed and implemented MPAs and MPA networks can:

Bissonnette adds that coming up with a co-governance template with Indigenous groups that respects their laws and traditional land use is crucial. “One frustration has been that federal, and provincial governments have used exclusion, even of Indigenous peoples, so that they are not able to carry out their traditional practices or govern these areas in ways that they have been used to.” He adds there is better recognition from governments that any land protection also allows for co-management and Indigenous use of the land that respects the principle of conservation.

The provincial and federal roles in areas involving oceans are also important, Bissonnette says. Crown title, subject to Indigenous rights and title, is held by the province, “so it’s important for the province be a partner in creation of MPAs, as giving too many tenures in these areas could frustrate the purposes of the protection area.”

As for the federal government, it has jurisdiction over fishing matters and shipping navigation.

“Obviously, both of those activities can have a very big impact on ocean areas,” he says, “so making sure that the federal government is involved in regulating those activities in the marine area is very important.”