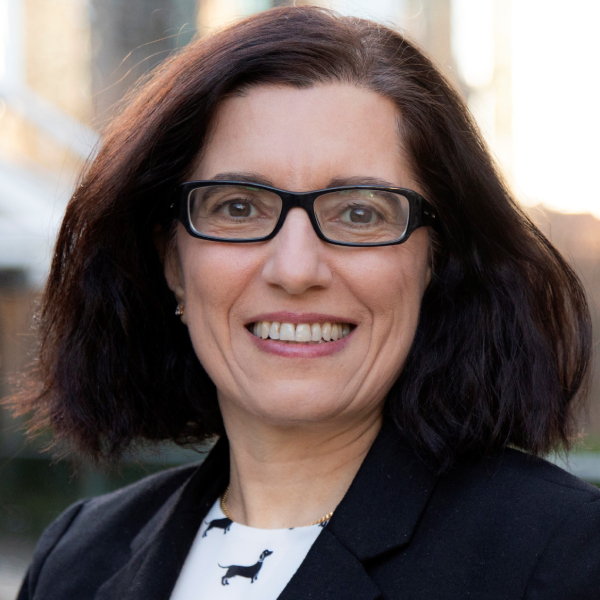 Punky Santics, a four-year-old Australian cattle dog being held at the Vancouver pound in a concrete holding cell, could be Canada’s every dog. Declared dangerous by a provincial court, he’s been on “death row” for dogs for two years, and in August he lost his case before the B.C. Court of Appeal.

Punky’s legal team (me, Amber Prince, Erin Reimer, and our Ottawa lawyer Moira Dillon) recently filed an appeal on behalf of Punky in our nation’s highest court, the Supreme Court of Canada. This animal welfare case is without precedent in Canada; and simply appearing before the appellate panel of three eminent judges was a victory in itself, as animal law cases rarely proceed beyond the trial level.

In the 20 years during which I’ve practised as an animal law lawyer, litigating dog and many other animal law cases, I have never had a case go this high up. It is ground-breaking. Overarching issues in the appeal include state power and the legal framework underlying the destruction of “dangerous dogs” under the Vancouver Charter. We argue that dogs should not be put down in the absence of a complete factual and evidentiary analysis.

The main issue raised before the B.C. Court of Appeal in May was the legal test applicable to destruction orders for dangerous dog applications. We argued that the B.C. Supreme Court had not correctly applied the legal test in Santics v. Vancouver (City) Animal Control Officer, 2019 BCSC 24.

When we got the disappointing news on August 9 that we had lost in the appellate court (Santics v. Vancouver (City) Animal Control Officer, 2019 BCCA 294) and Punky would be destroyed, I was away on holiday; yet journalists from nearly every major media outlet managed to track me down for interviews. Canadians care deeply about what happens to animals. I immediately emailed the Crown prosecutor’s office imploring them for an extension of time while we considered legal options. Fortunately, the Crown agreed to a courtesy extension.

Punky’s owner, Susan Santics, gave us instructions to file a stay of proceedings with a view to applying for leave to appeal to the Supreme Court of Canada. The stay application was heavily contested by the Crown. I argued the stay for our client on August 22, and journalists lined the courtroom to take in our pro-animal arguments.

The next morning we returned to court to hear the oral judgment, and August 23, 2019 is a day I will never forget in my long animal law career. The judge announced that Punky had won his application and would live while we filed for leave to appeal to the Canada’s top court. Our client burst into tears of joy; August 23 was the day that Punky was scheduled to be destroyed by the State. A month later, on September 23, Team Punky filed our client’s SCC leave to appeal application, arguing that Punky’s case is of national importance to all Canadians.

Along with representing animals and their owners in court, I am an adjunct professor of animal law at the Peter Allard School of Law at the University of British Columbia, along with my co-counsel Amber Prince, and this case will be front-and-centre in our teaching of access to justice for animals in Canada, jurisdiction of provincial courts, destruction of “dangerous” dogs, and state power.

For years in our province it has been commonplace, depending on the facts and evidence, for defence lawyers to obtain a conditional order for dogs to be released even when they have been found to be dangerous. This was based largely on the leading case of Capital Regional District v. Kuo, 2006 BCSC 1282, which confirmed that Provincial Court judges had the power to make conditional orders. (I also relied on cases prior to Kuo in which I managed to obtain conditional orders, e.g., R. v. Whittle 2005 BCPC 215.)

However, our B.C. Court of Appeal has now ruled that Provincial Court judges have no jurisdiction to make conditional orders short of destruction after determining that a dog poses an unacceptable risk. It should be noted as a point of public safety, which is of course highly important, that in my two decades of defending dogs I have never had a single dog reoffend after being conditionally released. Our appeal to the Supreme Court of Canada focuses on the importance of provincial courts’ jurisdictional powers over conditional orders in addition to the appropriate test to be applied in destruction cases -- but underlying the case is access to justice for animals.

I have been promoting the hashtag #A2JForAnimals. Animal destruction cases involve the killing of unique, sentient and irreplaceable beings, and their interests need to be heard. We’re not talking about destroying replaceable and non-sentient property such as a computer.

Punky’s unprecedented appeal to Canada’s highest court demonstrates that animals matter and people are willing to do what it takes to save their companion animals. (Please see my earlier piece, “Is it time for the rights of animals in Canada?”, in Canadian Lawyer.) Fingers crossed that we will obtain leave to argue this important case in our nation’s top court. Punky and animals across Canada are counting on us.

Victoria Shroff is one of the first and longest-serving animal law practitioners in Canada. She has been practising animal law for almost 20 years in Vancouver at Shroff & Associates, and has been recognized for her work in animal law. She is also adjunct professor of animal law at UBC’s Peter Allard School of Law, is frequently interviewed by media and has lectured widely on the topic. Ms. Shroff is also founder of a social literacy and animal law program called Paws of Empathy. You can connect with her at www.shroffanimallaw.com, @shroffanimallaw, LinkedIn, and https://experts.news.ubc.ca/expert/victoria-shroff/.