Kudos to Canada’s Immigration and Refugee Board for its new guideline designed to prevent queer refugee claims from being unfairly dismissed. 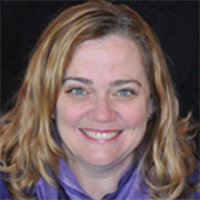 OPINION
Kudos to Canada’s Immigration and Refugee Board for its new guideline designed to prevent queer refugee claims from being unfairly dismissed.

On May 1, the IRB chairperson issued a remarkably inclusive guideline acknowledging the significant evidentiary challenges presented by claims involving sexual orientation and gender identity. The guideline sets out myriad problematic inferences that could be drawn in these cases and asks members to be wary of relying on discredited thinking. The guideline is not binding, but board members are expected to follow it unless they can articulate a reason not to in a specific case.

More than 70 countries prohibit people from having sex with someone of the same sex. In more than a dozen countries, these crimes are punishable by death. Other countries have laws prohibiting people from presenting themselves in gender non-conforming ways. People suspected of being queer or transgender are also extra-judicially harassed, tortured or murdered at the hands of state and non-state agents, including their own families. In some countries, family members and neighbours are required to report to the police any information suggesting that someone is homosexual.

As the recent outbreak of homophobic violence in Chechnya demonstrates, politicians, police, pundits and clerics often endorse this violence, stating, among other things, that homosexuality and trans-identity are western constructs. A persecuted homosexual serves as a cautionary tale to anyone else considering stepping outside conventional sexual or gender boundaries.

So queer people do what queer people have done for centuries. Most deny or suppress their sexuality or only act on it furtively. They get married and have children. They try to be, or at least act, straight, hoping to keep their jobs, families and lives. They do what they have to do to ensure that their secrets are not discovered.

Some queer people quietly leave and others flee the country of their birth to seek safer and more authentic lives elsewhere as refugees. This move is risky.  About 30 per cent of refugee claims based on sexual orientation or gender identity in Canada are rejected by the IRB. An unsuccessful claimant will be deported back to a country where he or she could be harassed, marginalized or killed for engaging in consensual sex with another adult or failing to conform to social expectations regarding gender identity.

The first problem these refugee claimants encounter is whether the country where they land will recognize either sexual identity or gender expression as falling within one of five classes (race, religion, political opinion, nationality or membership in a social group) in the 1951 UNHCR Convention Relating to the Status of Refugees. The Supreme Court of Canada has interpreted membership in a social group as inclusive of sexual orientation and most, if not all, Canadian adjudicators likely now accept gender identity as an analogous ground. However, adjudicators in other countries take a more literal and restrictive view of the convention’s text and reject sexual orientation or gender-identity claimants.

Next, refugee claimants must prove that they belong to the persecuted social group. How do claimants credibly establish their queerness, something they have carefully sought to suppress, hide, deny and cover up? They may not have the words to describe their feelings and fears in English, French or their maternal tongue. They may never have had a same-sex lover before coming to Canada. If they have been in a relationship, it is unlikely there is evidence such as emails, a joint lease or home-made sex videos. The claimants may have married or, at least, told their families that they married. Given the risks, it is unlikely that they are “out” to their parents and siblings, even if they otherwise believe that they have a close and loving relationship with them. But there is also an evidentiary paradox: If evidence of the relationship is available — say, a love letter — that evidence can undermine the claim of risk of persecution.

Old fears still being very powerful, queer claimants may not have connected with settlement or queer agencies. Given language barriers, the shock of being in a new country, speedy case processing or even religious beliefs, it seems unlikely that many claimants will start a sexual relationship between the time of their arrival and the IRB hearing. Yet some IRB members have drawn adverse inferences from the failure to connect to queer communities or to start a new sexual relationship. Some members have even relied on the stereotype that gay men are promiscuous and rejected claims on the ground that the claimant cannot be gay as he has not engaged in casual sex since coming to Canada.

Finally, claimants have to show that their home state is unwilling or unable to protect them. Information about country conditions might be limited, as sexual minorities can be isolated and hard to identify. In countries where most harassment is experienced extra-judicially, it is unrealistic to expect that queer and transgender people seek assistance from the police or other agencies. Yet some IRB members have rejected claims by drawing an adverse inference from the failure to seek state assistance.

Most rejected refugee claims simply do not include enough evidence to satisfy IRB members on a balance of probabilities that the claimant is queer and faces persecution because of this status. There is evidence of fraudulent claims in about two per cent of all refugee cases, so IRB members need to look for material inconsistencies and contradictions.

With these guidelines, IRB members can no longer rely on problematic stereotypes and impossible paradoxes. If properly implemented, the guidelines should result in fairer hearings and less biased decision-making when queer refugees make claims.