The decade in animal law

Rebeka Breder looks back on animal rights activism in Canada, and forward to what needs to change 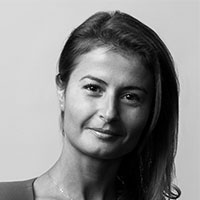 It’s the eve of the Christmas and Hanukkah holidays; the cards have been sent, the gifts have been wrapped. I am alone at home. My husband and daughter have joined the rest of our family without me, as I close a year of fighting for animals in court. I finally have a moment to write; and in considering the past decade I see a growing trend of people caring about animals.

You know times are changing when mainstream media outlets such as The Economist declare 2019 the Year of the Vegan, or superstars such as Arnold Schwarzenegger publicly endorse veganism, or celebrities such as Joaquin Phoenix engage in and support animal rights activism. Or when documentaries such as The Game Changers, which follows one man’s global quest to learn the truth about the effects of meat consumption, become highly popular.

It is not an exaggeration to say that the media reports on animal protection or rights every day — and rightfully so. People are finally waking up to the idea that animals deserve better treatment, and recognize that we should be fighting for animals, whether it be in a domestic dispute over pet custody, or in a case brought by an animal protection organization against government to ensure animal protection.

It takes a long time for the law to catch up to societal values, and animal law is no exception. Over the past decade Canada has seen this relatively unknown area of the law emerge, and it is finally here to stay. Lawyers and advocates are shaping the legal landscape to better protect animals. It is, however, two steps forward and one step backward.

Two steps forward includes the Canadian government making landmark amendments to animal cruelty provisions in the Criminal Code for the first time since the 1800s, including a ban on keeping whales, dolphins and porpoises in captivity, and on the sale and distribution of shark fin products; closing loopholes dealing with bestiality; and tougher animal fighting provisions. For years, animal rights advocates have protested, attended city council meetings and written to various government officials (including my legal opinion for the City of Port Moody; in 2012, it became the first city in British Columbia to ban the sale of shark fin products); and we have made documentaries. The federal government has finally listened.

Various cities, too, are passing better laws for animals. These include the recent ban on horse-drawn carriages in Montreal, and on private fireworks (which frighten dogs, cats and wildlife) in Vancouver. Ontario is reconsidering its ineffective and inhumane ban on pit bulls, and passed the Provincial Animal Welfare Services Act (PAWS), which will carry the highest penalties for animal cruelty in the country. British Columbia also passed a ban on grizzly bear trophy hunting, and after hearing from animal advocates, including the Tri-Cities Bear Aware group (of which I am a proud member) and Get Bear Smart Society, Port Moody and other cities have increased their fines for irresponsible behaviour leading to bear deaths.

I have also seen tremendous wins in the courtroom, where courts have recognized that the best interests of animals must be considered in pet custody disputes; judges allowing dogs who have caused injury to be given a second chance at a better life; and lifetime bans on owning animals for those convicted of animal cruelty.

Other wins have included courts recognizing psychological suffering in animals, using language such as “family member” to describe a pet, allowing animal protection groups to sue the government (such as in a recent horse slaughter case brought on behalf of the Canadian Horse Defence Coalition), and courts agreeing that animals are a special type of “property” that should be treated differently and afforded protection.

There are also losses. Recently, we have seen troubling legislative considerations and changes known as “ag-gag” laws: anti-whistle-blower laws aimed at shutting down and punishing animal activists and reporters from exposing the truth behind the mass and institutionalized cruelty toward farmed animals. Alberta passed Bill 27, within a matter of days and without proper procedural fairness, which makes it a serious crime to trespass onto farms and almost eliminates liability for farmers who might injure trespassers. Ontario is very close to passing a similar law, as is British Columbia. These laws will have a devastating effect on animals by keeping their suffering behind closed doors and the perpetrators unaccountable.

We have also seen courtroom losses such as the Alberta Court of Appeal’s denial of Zoocheck’s attempts to free Lucy, the lone elephant at the Edmonton Zoo, from a life of misery, and my own case on behalf of the Canadian Horse Defence Coalition at the Federal Court, which held that the federal government does not need to enforce regulations to ensure horses are protected during transport to slaughter (we are appealing the decision). In other cases, animal abusers have gotten off with a slap on the wrist.

That said, with the Christmas tree lights and Hanukkah candles twinkling, I see a light shining bright in the next decade in animal law. I expect more municipal, provincial and federal laws to be passed to protect animals. I expect the ag-gag laws to be successfully challenged in court, as they have been in the United States.

I see an increasing number of people and organizations fighting for animals in court. I have fought for the rights of animals since I was a child growing up in Montreal, and to all those people and professors who told me that my passion would wane as I aged, I say to you: Not only are you terribly mistaken, but just watch me and other animal activists and lawyers continue to fight even more fiercely until all animals get the protection they deserve.

I wish you all a happy, healthy, and peaceful new year.