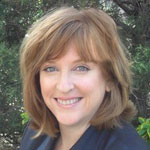 The word “hybrid” describes the composition of different elements that results in something new. In our modern vernacular, we use hybrid to describe advances about a wide range of things, from animal species and architecture to vehicular transportation and working arrangements.

So, why not a hybrid legal services team? Why not, indeed, when legal service providers and others from different organizations with varied ways of working can combine their talents, skills, and resources to serve clients in a collaborative manner that enables the best results?

The COVID-19 pandemic has created a perfect storm that has facilitated collaboration for some — while forcing it upon others. If we’ve learned anything over the past 22 months, it’s that collaboration is crucial to just about everything.

During the pandemic, the world worked together to enact safeguards, move people, goods and supplies, relay communications, support countries, protect communities, empower economies, among many other factors. Not all pandemic-related collaborations have been successful, but one major lesson learned is how the voices, ideas and work of the many are superior to those from the few.

The 1992 U.S. men’s Olympic basketball team was nicknamed the “Dream Team” because of its cherry-picked roster of marquee players drawn from the National Basketball Association. Boasting a sterling bench of hoops stars, this team dominated the basketball court and the Barcelona Olympics.

Before she was Head of Client and Technology Solutions U.K., U.S. & EMEA at global law firm Herbert Smith Freehills, Fleur Kitchingman was general counsel, corporate secretary and senior vice-president, Legal at Carillion Canada Inc. from 2014 to 2018. During that time, she did what many in the legal field considered the impossible, for which she deserves her own gold medal: she got two distinctly different law firms to work together collaboratively to help Carillion deal with a dispute about a major construction project in Toronto.

Both firms enjoyed working together, and Kitchingman didn’t need to referee. As with the Olympic team, her ability to choose players who referred other top players made the difference. “This was similar to building a legal team internally, where you are looking beyond pure skill sets and need the people element and chemistry to work between team members,” she says.

The multidisciplinary team that included lawyers, project managers, pricing experts, innovation leaders and public relations and communications professionals brought a diversity of thinking to enact solutions. As Kitchingman says, “This collaborative effort resulted in a powerful result that maximized all the strategy cards we had to play, at a price point that worked, with a dream team made up of all of the right components.”

So, how does a 1992 Olympic basketball squad, the Kitchingman legal team, and the effects of a global pandemic help us envisage the hybrid legal team of tomorrow?

In the legal profession, collaborations are generally formed in one of four ways: a team of lawyers from various practices within one firm; a mix of legal and other professional talent from one firm; a teaming of lawyers with a client’s legal and management personnel; or a blend of subject matter experts from various disciplines, including legal, who serve the client on a routine basis.

A collaborative team selected for a client’s particular mandate — from law firms, legal service providers, business discipline subject matter experts, in-house counsel, and management — may be rare now but won’t be for long. That’s because, for cases that matter most, a flat structure without hierarchy and true equality among players enables all parties to bring their starting lineup and deliver an A-game performance.

This column was a collaborative effort between Fleur Kitchingman and Heather Suttie.