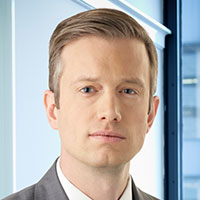 A new era of stricter penalties for workplace safety cases may coming to Ontario.

Historically, the maximum fine for workplace safety infractions has almost never been imposed —even on corporations with a track record of multiple workplace deaths — nor are sentencing options other than fines often considered.

In a recent case a justice spoke out strongly against this situation, hoping to start a “shift in the paradigm.” The case, Ontario (Ministry of Labour) v. Lafarge Canada Inc., 2019 ONCJ 748, involved a death at a Lafarge cement plant near Ingersoll, Ontario. A manager was walking across a catwalk in a decommissioned cement kiln; it was corroded and gave way, and he fell to his death.

Although employees had been told not to go into the old kiln area, the doors were not locked or chained and there was no secure fencing around it.

Here, as in many cases, the employer pleaded guilty after agreeing on a penalty, or “joint submission,” with the prosecutor. Employers do so where the prosecutor has a strong case, where they want to avoid the cost and reputational damage of a trial, and where they want a penalty that is both fairly certain and more lenient than they might receive if convicted at trial.

Joint submissions are a routine way to resolve criminal and quasi-criminal cases. Judges are supposed to impose the agreed-upon penalty, absent exceptional circumstances. Otherwise, defendants would be less likely to plead guilty, and guilty pleas, where appropriate, take a load off the justice system.

In a 2016 decision, R. v. Anthony‑Cook, the Supreme Court of Canada held that a joint submission should be adopted unless it is “so unhinged from the circumstances … that its acceptance would lead reasonable and informed persons … to believe that the proper functioning of the justice system had broken down.”

In the Lafarge case, the agreed penalty was a fine of $400,000. As often happens, the lawyers appeared before the justice at a judicial pre-trial conference and told him of the agreement. The aim of procedure is to see whether the justice will adopt the joint submission. The justice seemed to have signalled that he would, but says in his later decision that he had not been advised of Lafarge’s “troubling” record.

At the sentencing hearing the justice learned that Lafarge had been convicted of three deaths and one critical injury since 2003, and said that although he had dealt with “far too many” death-related cases, “I have never had a company before me with a record of workplace deaths like that of Lafarge.”

The fines for the prior convictions amounted to $765,000, and the justice asked whether a further $400,000 would really change Lafarge’s behaviour. He was concerned that such a fine could appear to be a “mere licence fee for illegal activity.” Defence counsel and the prosecutor both assured the justice that the fine would deter Lafarge.

Given this, and since the prosecutor had already withdrawn certain charges, the justice felt that the joint submission did not fall beyond the Supreme Court’s high threshold, and accepted it. But he did not stop there.

The justice looked at other fines imposed in workplace death cases and discovered that no corporation has ever been fined the maximum penalty in Ontario. And fines did not seem to go up for repeat offenders. The range of sentences had become a self-fulfilling prophecy, which “has not achieved the deterrence objectives of the OHSA [Occupational Health and Safety Act].” He proposed that the range of fines for first-offenders be multiplied by the total number of workplace deaths for that employer: times two for the second offence, times three for the third, etc.

Finally, the justice criticized the “fine-fits-all” approach to sentencing corporations, finding that more consideration should be given to using a probation order to put in place an “embedded auditor” who would, at the corporation’s expense, monitor compliance and provide reports to the regulatory agency. When he recommended this approach to counsel in the case before him, both declined. He nonetheless concluded: “The use of an embedded auditor is a viable sentencing tool … Lives and injuries could be saved.”

The judge in Lafarge hoped to “begin a shift in the paradigm of the application of the OHSA in joint submissions in matters involving deaths and critical injuries … I trust that the management of Lafarge and other large corporations are listening.”

The words in Lafarge may indeed signal the beginning of a changed approach to workplace fatality cases in Ontario. This will significantly increase the jeopardy that employers face in cases of workplace death or injury. Prosecutors may refuse to agree to acceptable joint submissions, and judges may more often refuse to adopt them even if they are agreed. Employers will not only face higher fines and intrusive probation orders in the immediate case, but will know that a conviction will ratchet up the penalties in future cases. More workplace fatality cases will go to trial.

In cases where prosecutors and defendants do agree on a joint submission, they should realize that judges will not automatically accept them. This will be especially true where the parties are proposing a fine as the only penalty, and where the defendant has a prior record.

Counsel should take special care to explain to the judge why the joint submission is in the public interest. If there are significant weaknesses in the Crown’s case that drove the agreement, counsel should consider telling the judge. Counsel should also consider proposing non-monetary sanctions such as an embedded auditor, which may create a more compelling deterrence case than a fine alone.