A Court of Appeal of Quebec decision involving the “grey market” and contractual obligations between distributors and retailers calls into question a long series of decisions on the legality of this market and the principle of free competition, says Alain Dussault, partner and trademark agent with Quebec-based firm Lavery Lawyers.

Dussault says that although the Court of Appeal concluded that the trial judge did not impose an additional burden on Costco to inform itself that the designer brand jeans it sold were part of another company’s exclusive distribution contract, “the introduction of the notion of ‘wilful blindness’ makes the situation highly subjective.” 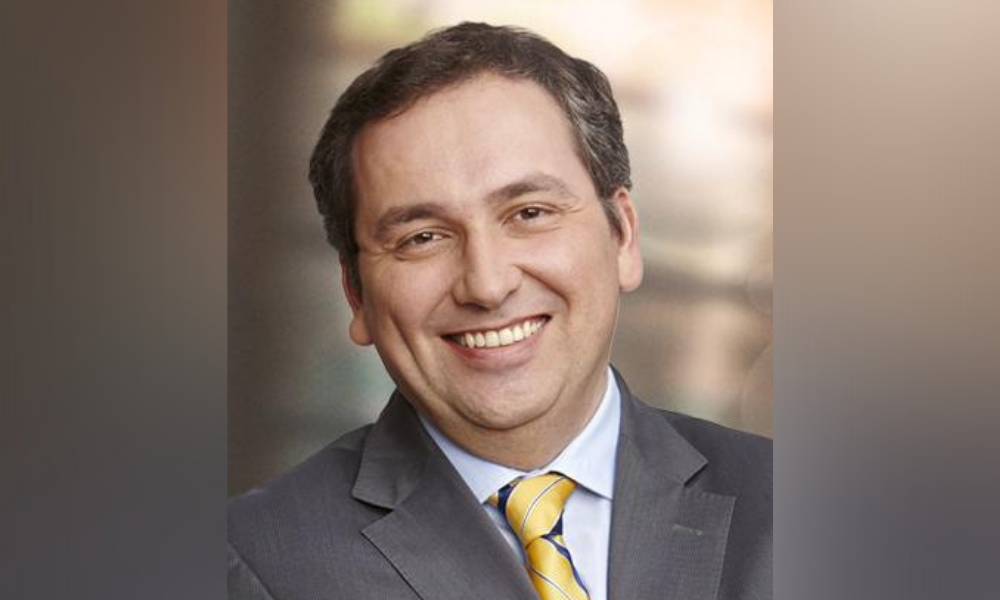 The case involves Costco Wholesale Canada Ltd. selling designer Rock & Republic jeans at a considerable discount to what they normally cost, and whether it interfered with an exclusive distribution contract between R&R and Simms Sigal & Co. It centres around the “grey market” - goods that are imported contrary to the wishes of the copyright holder or the authorized importer in a specific territory. While these goods may be legitimately marketed in the foreign market, their presence in the local market is clouded by infringement allegations.

In 2006, Simms entered into an agreement to distribute R&R denim clothing, with jeans typically selling for $250 to $325 a pair. In November 2009, Costco was approached by a distributor who offered to sell R & R jeans at a very low price.

The evidence at trial showed that R & R knew that those jeans would end up in the Canadian market outside of the Simms distribution network. The idea was that R & R would sell to a first distributor who would then sell to a second distributor, who would, in turn, sell to Costco. Costco bought R & R jeans through these two intermediaries and offered them to its customers for $98.99.

Simms sent a formal notice to Costco demanding that it cease selling the R & R jeans, alleging that it was the exclusive distributor and that the jeans being sold by Costco were counterfeit. After checking with its distributor, Costco received a letter from R & R confirming that the jeans were genuine products.

Costco’s distributor also wrote that R & R “are already dealing with the mad [angry] distributor” and asked Costco to “please [not] release this letter to the distributor.”

With this letter in hand, Costco answered Simms that the jeans were genuine products acquired on the grey market and that it was entitled to sell them in Canada. In July 2010, Simms sent a second formal notice to Costco, reiterating that it had exclusive distribution rights to R & R jeans in Canada. Simms then instituted proceedings against R & R and Costco, but R & R filed for bankruptcy.

At trial, the Superior Court judge held Costco liable for damage caused to Simms when it had received the first formal notice. According to the judge, Costco chose to ignore the existence of the exclusive distribution agreement between Simms and R & R, adopting a position of “willful blindness.” Instead, Costco should have inferred, based on its distributor’s behaviour, that an exclusive distribution agreement did exist and that R & R was breaching it.

Costco was ordered to pay the sum of $361,005.44 in damages to Simms. Costco was also ordered to pay exemplary, punitive damages of $500,000.00 because of the gravity of its fault of contractual interference and the effect on Simms’ reputation on the Canadian market.

The Court of Appeal of Quebec upheld the Superior Court’s decision and held Costco liable.

Under this principle, the Court of Appeal confirmed that the formal notice of November 2009 was not ambiguous, given that Simms’ assertion that it was the exclusive distributor of R & R products was “clear and require[d] no interpretation.” It added that Costco’s conduct was not that of a normally prudent and diligent person. It had adopted a position of willful blindness by continuing to sell R & R jeans even though R & R’s letter concerning its rights was not signed predated the confirmation request.

In the Court of Appeal’s opinion, these facts combined with the formal notice should have been sufficient to conclude that there was indeed a breach of contract.

The appeal court agreed with the trial court’s assessment that Costco relied on the fact that it was dealing with a trusted intermediary and that it had filed no evidence that it was ever advised that R & R had “resolved promptly” the matter with Simms. Accordingly, the court determined there was no reason for Costco to believe it could ignore the cease-and-desist letters.

“Costco allowed itself to limit its focus to the issue of authenticity of the product despite being put on notice by Simms that the up-front issue with Simms was the Exclusive Distribution Agreement). If Costco was not prepared to deal directly with Simms to resolve the issue, it needed to have the issue of the EDA asked and answered by R & R. Costco failed to do either.”

Echoing the Superior Court’s analysis, the appeal court wrote, “not only did Costco not obtain the confirmations demanded . . . it also chose to ignore information is received indicating that Simms was the exclusive Canadian distributor of R & R products.”

Dussault said that “even though no duty to inquire exists, Costco was criticized for having settled for questionable answers to its request for confirmation from the distributor and R & R that the goods were genuine and that they could be sold in Canada.”

He adds: “Would the ruling have been different if Costco had only asked R & R to confirm that the goods in question were genuine, while also asking its distributor whether it was bound by a contractual obligation not to sell in Canada? If the answer is yes, the Court of Appeal’s conclusions make little sense.”

If, as the Court of Appeal stated, Costco had no duty to inquire, Dussault says the retailer's mistake "was to have inquired to R & R directly about Costo’s right to sell the jeans in Canada and it actually would have been preferable for it to ask as few questions as possible.”

If a minimal duty to inquire existed, what should Costco have done? The Superior Court judge concluded, based on facts proven at trial, that Costco should have obtained a letter signed by the owner of the trademarks in question confirming or denying Simms’ exclusive rights. The Court of Appeal in the Costco case appears to agree, adding that:

There is no question here of ambiguity or interpretation regarding Simms’ exclusivity that would have prevented Costco from understanding its scope or extent, but only of Costco’s knowledge of its existence.

Thus, the Costco decision appears to create a duty to inquire that must be fulfilled to avoid a fault of contractual interference. However, the scope of this duty remains vague, Dussault says. “If such duty to inquire is interpreted broadly, it would be possible for an intellectual property right holder to arrange its distribution network in such a way as to make it difficult for a third party to claim ignorance of contractual restrictions with respect to exclusivity in a given territory.”

As for the grey market and issues related to competition, Dussault noted that at trial, Costco argued the R & R jeans that it was selling had been legitimately acquired on the grey market and that it was entitled to sell them. He notes the case of Consumers Distributing Co. v. Seiko, where the SCC wrote: “[T]he concepts of restraint of trade and free competition [...] would be battered because of an implied recognition of a right of an individual marketing a product to entail and control the sale of identical personal property, however legitimately acquired, of another person.”

However, in the current case with Costco, Dussault says the Quebec trial court determined that Costco could not exonerate itself by saying it had the right to purchase and resell grey market goods, as the contract between R & R and Simms “was a juridical fact that was opposable to Costco.”

Dussault says the Quebec superior and appeal court rulings “seem to give greater weight to honouring contracts than the principle of free competition.” He points to rulings that imply a contract is a juridical fact that is opposable to third parties; that such third parties have a form of duty to inquire about such juridical facts; and that one cannot be willfully blind.

Intellectual property rights owners and exclusive licensees or distributors may see the Costco ruling as good news among the gray market case law. However, Dussault says that Canadian courts will likely have to shed more light on the various legal shades of grey in the coming years.

“Is this a particularity of Quebec civil law as opposed to common law? How far does the duty to inquire go following the receipt of a formal notice? What degree of ambiguity is required for a party to claim that it has no knowledge of contractual obligations?”

In terms of how he would advise clients in light of the Costco decision, Dussault says if a client knows it would be in breach of other parties’ contract or is likely to know that it would be in breach, the easiest thing to do is not to make the deal or immediately stop selling the product.

At the other end of the spectrum, there is no contractual obligation if a client bought a product from a bankruptcy trustee with a court assignment.

“The problem, however, is that for most cases, it will be somewhere between the two,” he says. There could be a good argument that if the items came from a distributor and there is no reason to think there is anything wrong, and there is no cease-and-desist letter, you could rely on the previous decisions that allow for grey market goods to be sold if there is no contractual interference.