Jim Balsillie, retired chairman and co-CEO of Blackberry, had some sobering words on intellectual property in Canada at a recent webinar called Canada’s Innovation Imperative. For years, he said, Canada has “ignored the rise of the knowledge-based economy,” and despite repeated calls from the domestic tech industry, we still have no fully developed national strategy for intellectual property and innovation.

There is an “existential” need for Canada to develop a new plan related to innovation, Balsillie said, adding that Canada fell to 22nd place in the 2020 edition of the Bloomberg Innovation Index, behind Slovenia.

For those who listened in to the webinar, held in early November and hosted by the Munk School of Global Affairs and Public Policy, these comments from Balsillie, chairman of the Council of Canadian Innovators, were another familiar plea for the federal government to take IP more seriously in building a new Canadian economy built on “intangible” assets.

“Data show that Canada missed the shift from the tangible to the intangible economy by not placing value on generating valuable IP assets,” Balsillie said, “because you can’t commercialize what you don’t own.”

However, the Canadian government, perhaps taking its cue from business innovators such as Balsillie, has lately recognized the need for a national IP strategy, and it has put together an ambitious plan to encourage innovative businesses to invest in IP.

The federal initiative for a national IP strategy, launched with much fanfare in 2018, includes putting more than $85 million over five years toward updating laws, creating tools for business owners, (especially small and medium-sized enterprises or SMEs) and launching a patent collective. There will also be at least a $10-million ongoing commitment to the program. 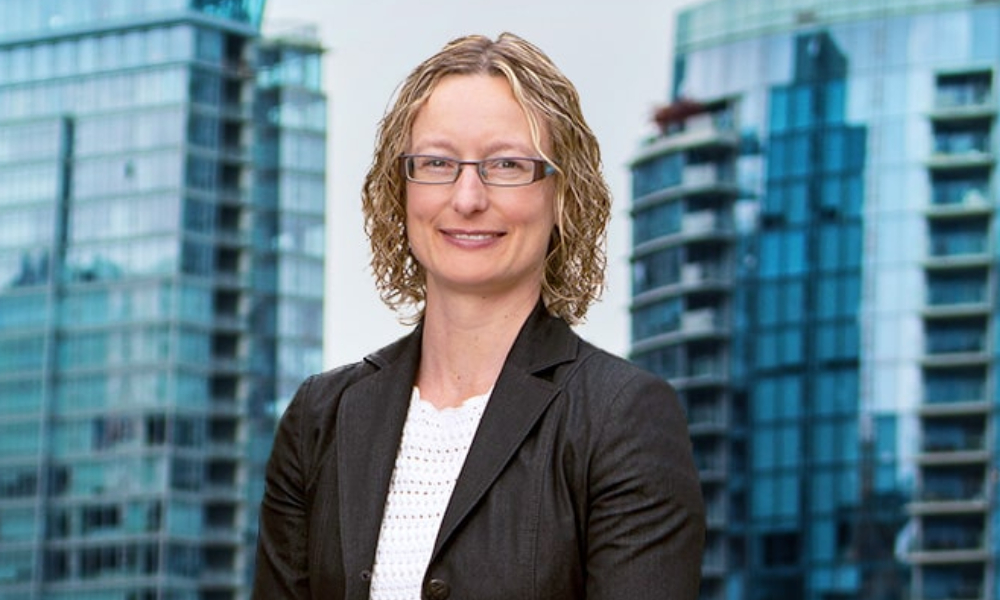 While IP lawyers say that this is a great start and are heartened by the recognition of the importance of IP, the proof as to whether it works will, as they say, be in the pudding.

“Overall, the government is going in the right direction in developing an IP strategy, especially on the education side of things when it comes to stressing the importance of IP with SMEs,” says Jennifer Marles, a partner at Oyen Wiggs Green & Mutala LLP in Vancouver.

“Where the rubber hits the road is the amount of money available to help companies do what’s needed to secure their IP,” she says, suggesting that money is often one of the issues that startups have in taking care of that part of the business.

It’s a healthy sign that the Canadian government has recognized that IP is so central to economic growth, says Matthew Zischka, managing partner at Smart & Biggar LLP in Toronto. But as for the substance of the policy Ottawa has laid out, he says he is “not sure it goes far enough.” And while the IP strategy has set forth some important education pillars, he points out that it “hasn’t yet provided the financial incentives that could be provided to Canadian businesses to further pursue and protect IP rights.”

Zischka notes that the practicalities of securing IP in Canada “remains a challenge to SMEs not only because of the cost associated with the process but the uncertainty associated with enforcing these rights even if they are obtained.”

Stephen Beney, a partner at Bereskin & Parr LLP in Toronto, says he is all for the government encouraging working with firms like his to spread the word of the importance of IP to the core of a company’s strategy. “Like how is it going to get you where you want to be three years from now? Five years from now?” He says the approach he has seen SMEs take to IP has been a “mixed bag.”

”There’s no shortage of innovation out there, but IP awareness is not always the first thing that comes to mind,” says Beney, noting that even those who are aware of IP treat it as a box to check, as in “I have to get a patent because my investor says so.”

Louis-Pierre Gravelle, a partner at Robic LLP in Montreal, agrees that “there’s been a recognition, certainly at the federal government level, that intellectual property is becoming a key tool as a driver of economic development.”

Among the fundamental truisms of the innovation economy, Gravelle says, is that the “knowledge within companies needs to be crystallized into IP assets to create value and reward shareholders, employees and the general economy.” According to the Canadian Intellectual Property Office, SMEs that are aware of or holding IP are three times more likely to have expanded domestically and more than four times more likely to have expanded internationally than their counterparts who have not done so. 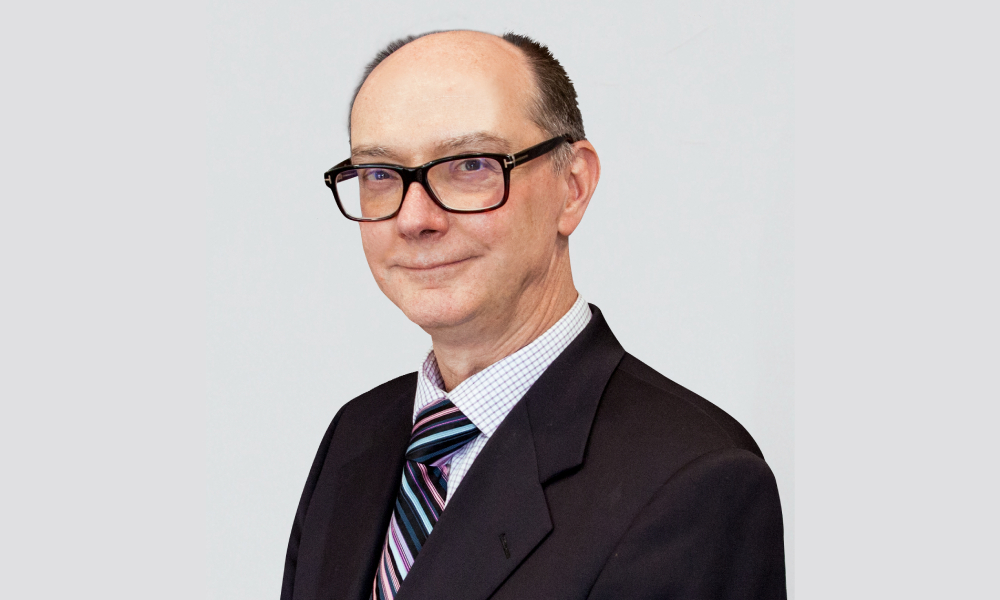 However, as it stands, Gravelle says the way the federal strategy is now rolling out — focused on educating businesses about the need to get their IP house in order — doesn’t provide the targeted money that businesses need to get the legal or other professional help to do that.

Gravelle, who is vice president of the Intellectual Property Institute of Canada, says that, while there generally has been more government support on financing innovative companies in their research and development or commercialization, there is no separate “purse” for supporting IP directly. So, while any government financing theoretically can offset costs so that other money can be used by a company for IP, Gravelle says data show that governments that support IP directly have more successful outcomes.

He points to the “first patent” program that the Quebec government offered a few years back to help Quebec-based companies financially with the patent application process — subsidizing half of expenses up to $25,000. “It was an extremely successful program,” he says, noting that the money set aside for it was allocated within a few months of the program being announced.

Catherine Lovrics, a partner at Marks & Clerk Canada and head of the firm’s copyright and digital groups, says that, through these programs, “it’s fairly clear that the Canadian government is committed to ensuring that [the] Canadian economy remains innovative and competitive.” And that applies not just at the large Canadian multinational level but at all levels, she says, “from your basic startup straight through to the large entities.”

Awareness of the importance of IP is growing among SMEs, Lovrics says, but “it is still a challenge” in many ways. “There are some programs that are out there to try and get people involved and try to spread the word as to what is available in terms of intellectual property,” she says. “But it’s an ongoing project.”

On the patent collective idea, Lovrics’ colleague Jonathan Pollack, a partner at Marks & Clerk, says the concept of a “centralized service to provide support to SMEs” is an important one, although “not a lot of details are out yet.” But it is expected that the collective will run as a four-year pilot program and will receive $30 million to assist SMEs in the “data-driven” clean technology sector with their IP-related needs.

The patent collective will be the first dedicated IP program to help Canadian companies better understand, generate, commercialize and protect their IP, and it will be run by the Innovation Asset Collective, a non-profit organization co-founded by IP lawyer Jim Hinton.

Pollack notes that, even for those who know the benefits of protecting IP, it is often a “trade-off” for a startup when it comes to making the decision to engage the IP patent process early on, knowing that “first to file” wins or to keep scarce financial resources for “keeping the lights on.”

Christine Hicks, a lawyer at Hicks Intellectual Property Law in Canmore, Alta., says that, while education is an important part of a national IP strategy, she wonders if it would be more valuable for business owners to get that knowledge and advice from professional advisers.

“In my experience, most SMEs don’t look to a government website for that type of information,” she says. “What they really are looking for are getting answers quickly to questions that relate to their own business.”

Hicks adds that one thing she does like about the IP awareness side of the government’s IP strategy “is the emphasis that every business have one.