Legal circles in Quebec are buzzing these days over the imminent birth of a new lobby group for lawyers in la belle province.

Legal circles in Quebec are buzzing these days over the imminent birth of a new lobby group for lawyers in la belle province.

Set to come into existence on April 1, the still unnamed and unstructured provincial body will rise from the ashes of the 90-year-old Association des avocats et avocates de province.

Created in 1928 as a counterweight to lawyer-rich Montreal and Quebec City, the 6,500-member APP was devoted to ensuring the quality of legal services in smaller urban centres and rural regions and giving voice to the lawyers who practise there.

But at their annual meeting in Chicoutimi in September, AAP members voted unanimously to dissolve their group and work toward the creation of the new entity, which is being designed and built to represent the professional interests of all of Quebec’s 26,000 lawyers.

“This initiative has been really well received by the legal community,” says Maryse Bélanger, the new (and likely last) president of the AAP. “People see it as a real necessity because the [Barreau du Québec] is primarily concentrated on protecting the public, not on defending lawyers’ professional interests.”

A family law lawyer in the Montreal suburb of Laval, Bélanger says September’s vote was the culmination of a year of work that began with the passing of a resolution at last year’s annual meeting that called on the AAP executive to undertake discussions with the bars of Montreal, Quebec City and the Gatineau-centred Outaouais region, as well as Quebec’s three young bar associations, for the creation of a new lobby group that would both regroup and represent members from all 15 of the province’s regional bar associations.

Though the structure of the new group is still being developed, an initial framework proposes an administrative council with 20 seats: 15 for the regional bar associations, three for the young bars and single seats for Quebec anglophone lawyers and the new group’s president.

Most sections would nominate their representative, while both the anglophone representative and the group’s president would be elected.

As of mid-October, the majority of regional bar associations had voted in favour of the new group. Both Bélanger and AAP past president Maxime Bernatchez, who spearheaded talks, expressed confidence that all associations would support it.

A spokesperson for the Barreau du Québec says the regulator’s president, Montreal lawyer Paul-Matthieu Grondin, “is open to sitting down with the representatives of any credible and representative federation or association and discussing, in good faith, any subject submitted to us in respect to our mission to protect the public.” 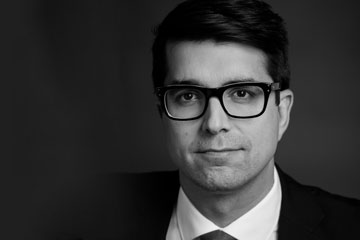 For his part, Simon Tremblay, director of Laval’s litigation department and a past president of the Barreau de Montréal, sees the new group as a step forward for the legal profession in Quebec.

“It will fill an absence that has always existed on the legal landscape in Quebec,” says Tremblay, who became a celebrity in Quebec as assistant chief counsel of the televised Charbonneau Commission (2011-15) into corruption in the province’s construction industry.

A pioneer in the push for the new lawyers’ group (he notably called for its creation in his speech as bâtonnier at the opening of the Montreal courthouse on Sept. 8, 2016, an appeal that snowballed within the ranks of AAP members who passed their landmark resolution three weeks later), Tremblay says the Barreau du Québec’s role as regulator is incompatible with lobbying efforts on behalf of lawyers.

He pointed to the Barreau’s reaction to the implementation of Article 303, paragraph 7 of Quebec’s new Code of Civil Procedure, which for the first time permits notaries to practise family law in uncontested cases, as a prime example.

“The change was positive in that it enhanced access to justice, but it broke the monopoly of lawyers and has led to a driving down of fees,” says Tremblay. The Barreau, he adds, “made a half-hearted defence on behalf of lawyers” at public hearings on the bill because the regulator was also pushing hard for increased public access.

Unlike the Barreau, Tremblay says, the new lobby group will “be devoted solely to fighting and defending the interests of Quebec lawyers.”

Tremblay downplays the concerns raised by some lawyers on social media that the new group will be dominated by lawyers from Montreal, which represent the majority of practitioners in the province. “Those fears were valid in previous generations,” he says. “But lawyers today are much more international in their outlook [and] they have access to many more resources thanks to the internet.”

Tremblay also dismisses an appeal made earlier this year by Stéphane Lacoste, past president of the Quebec wing of the Canadian Bar Association, who suggested that the creation of a new lobby group for Quebec lawyers was superfluous because the CBA already exists and can assume that role.

“The CBA is not very visible nor relevant in Quebec,” says Tremblay. He blamed the national body’s nearly-$700 annual fee (compared to only $36 for the AAP) as “a major barrier to membership” in a province where lawyers already pay close to $3,000 a year to the Barreau and many are struggling to make ends meet.

Though few decisions have been made yet in regards to the new group, Tremblay says the lawyers involved in its creation wholeheartedly agree on the need to keep fees and costs as low as possible.

“Financing is still being discussed, but one thing that is certain is that the annual fee will be only $19.99,” he says. Apart from an annual meeting, Tremblay says the group’s administrators will be volunteers who meet virtually. “It won’t have an office or staff either, at least not at first,” he says.