A master with the Supreme Court of British Columbia says in a ruling that he has sympathy for the plaintiff in a personal injury case due to recent changes to the province’s Evidence Act. The changes limit a plaintiff’s right in a motor vehicle accident case to recover disbursements incurred to support their claims.

However, he ruled that in this case, the plaintiff must undergo the independent medical examination that the defendants, including the Insurance Corporation of British Columbia, have requested.

Based on “fairness and reasonable equality” between the parties, Master Bruce Elwood wrote in Ruo Peng Zhang v. Jan Srott and Coquitlam Taxi (1977) Ltd., “in an appropriate case, it might be argued that the disbursement regulation upsets the balance of fairness and equality.” He added: “It might be argued that the limit on recoverable disbursements weighs against an additional IME by the defence.”

However, “this is not that case,” he wrote, as he then went into the reasons for his ruling.

Erik Magraken, a Victoria-based personal injury lawyer, says that “while rulings addressing independent medical exams are routine, this ruling stood out.” He adds: “The court rightfully called out the rule as being one-sided,” and points out it is one of the first decisions to comment on the issue.

Magraken says the new regulation is part of the B.C. government’s “protracted campaign” to limit “the public’s tort rights in favour of the B.C. monopoly insurer ICBC.” 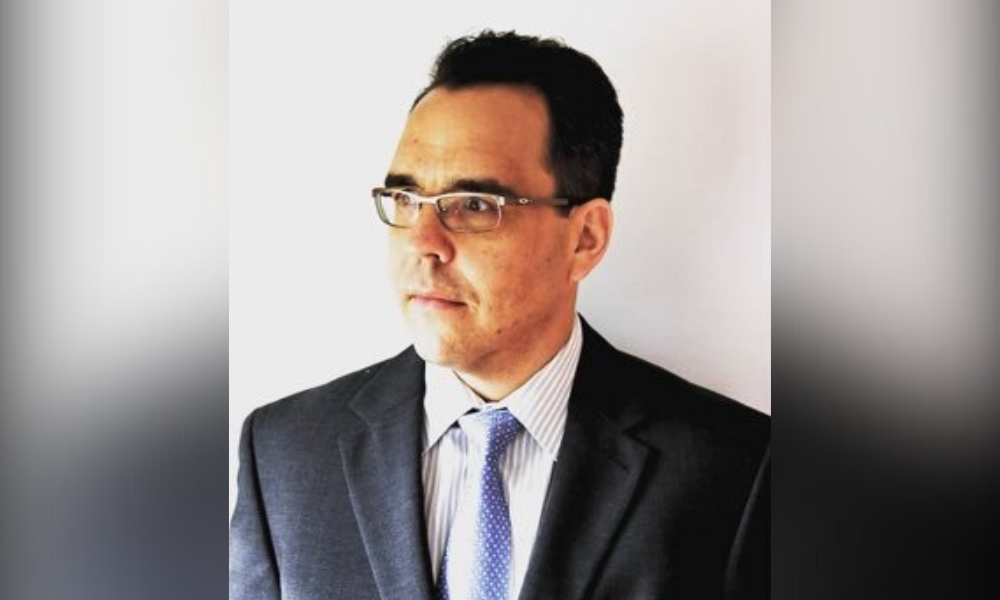 Vancouver personal injury lawyer Nicholas Peterson agrees, noting “the six per cent disbursement cap applying to one party is . . . on its face an obvious inequality introduced by the legislature into litigation of which is clearly adversarial in nature.”

He adds: “This new law, at its core, restricts an injury victim of a motor vehicle collision from being able to reasonably prosecute a case based on financial concerns and restrictions, which, if otherwise successful in the litigation, would properly . . . be payable by the negligent party.” 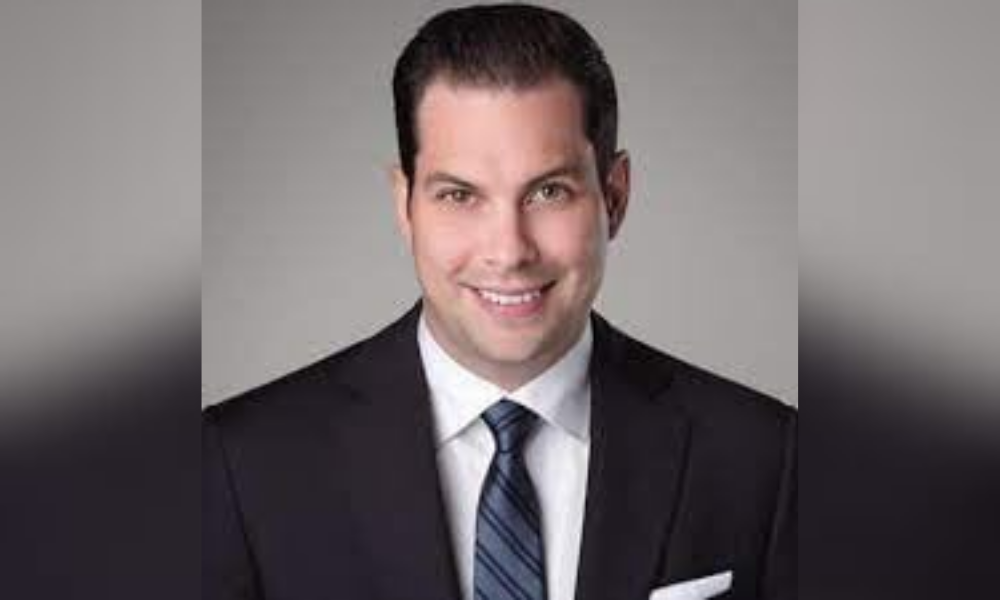 Reasonable expenses above the cap should not “fall to the feet” of the injured victim when such costs are attributable to the wrongful act of another.” Adds Peterson: “Restoring an injury victim’s expenses and losses lies at the very heart of what tort law is intended to do.”

In this case, plaintiff Ruo Peng Zhang was involved in an accident with the defendant in June 2018. He alleges he has several injuries, physical and psychological. The defendants deny liability and also deny the cause and extent of Zhang’s injuries.

The plaintiff gave the court an initial opinion from a psychologist who diagnosed him with “trauma-related adjustment disorder” with anxiety and mood symptoms and may also suffer from a somatic symptom disorder and a neurocognitive disorder.

The defence then asked that a vocational consultant and a psychiatrist see the plaintiff. The plaintiff denied the first request. The second request was initially agreed to, but then a disagreement occurred, and Zhang withdrew consent. The plaintiff’s counsel said his client intends to deliver an expert report by his psychiatrist for use at trial, set for ten days in October 2023.

However, the plaintiff estimates that total disbursements, in this case, will already easily exceed the six per cent limit set by ICBC.

Zhang argued that if the defendant’s psychiatrist must see him, the non-recoverable cost to have his own experts review and respond to any resulting report would be prohibitive.

Further, the plaintiff argues that an IME by the defence psychiatrist would create “a state of dueling experts.”

Master Elwood wrote in his decision that the burden of the limit on recoverable disbursements “may fall disproportionately on . . . plaintiffs.”

Firstly, the limit in the disbursement regulation on recoverable disbursements only applies to plaintiffs. “Since they have the legal onus of proving liability and damages,” Master Elwood wrote, “it is reasonable to assume plaintiffs will inevitably incur disbursements assembling evidence to litigate their claims.

Some disbursements may be incurred before counsel for a plaintiff “can advise their client in a meaningful way on the value of the claim.”

As well, the cost of reasonable disbursements in any given case is not necessarily a function of the value of the claim.

The Master added that many of the disbursements required to prepare a plaintiff’s case for trial would be incurred before the plaintiff fully knows the defendant’s case. “Following receipt of the defendant’s expert reports, a plaintiff might reasonably incur additional expenses to obtain responding reports or to prepare for cross-examination.”

However, Master Elwood ruled Zhang must attend an IME by the defence psychiatrist with costs to be paid by the defendants. He said this is because the application “does not provide an adequate evidentiary foundation for an argument based on fairness and equality.”

The only evidence is from a legal assistant who said in an affidavit that total disbursements in this action, excluding reports commissioned in reply to defence expert reports, will exceed six per cent of damages. Master Elwood said: “It is simply not possible on this evidence to engage in any meaningful weighing of the effect of the disbursement regulation on reasonable equality between the parties.”

The Master also did not accept the plaintiff’s argument that an IME by the defence “would be redundant or that it would create a duel between experts.”

“The plaintiff has had the benefit of examinations by [medical experts]. The defendant has not had any examination conducted by a psychologist or a psychiatrist. There is no redundancy for the purposes of discovery, and whether an expert report prepared by the defence expert is redundant “is an issue for the trial judge to decide.”

In allowing the plaintiff not to be examined by the defence expert, The trial judge would be left only with a report by the plaintiff’s expert.

“I am invited by the plaintiff to conclude that no defence IME can be justified in light of the legislated limit on his recoverable disbursements. The plaintiff’s argument would eliminate the court’s discretion . . . in all but the simplest motor vehicle cases.”

When the province announced the change in Evidence Act regulations, it said the changes “will reduce the cost and complexity of lawsuits under the current auto insurance system.”

It added disbursements considered for reimbursement under the six per cent cap would include “all expenses incurred for the purpose of a lawsuit, such as courier fees, process servers and photocopying.” However, the limit will not apply to disbursements for fees payable to the Crown, such as filing fees, court fees and jury fees.

Personal injury lawyers have suggested a constitutional challenge to the disbursement rule is likely to be filed at some point. The Trial Lawyers Association of B.C. has already challenged government changes to how ICBC deals with injury claims resulting from auto accidents.

“The court has declared that it is unconstitutional for the government to simply re-assign the determination of accident claims to its own online tribunal, and out of the courts,” the Trial Lawyers Association said in a statement last March 2.

“In so doing, the court has provided a check on the government’s ability to create its own tribunal to decide claims against ICBC, while at the same time affirming the historic right of accident victims to pursue remedies for their injuries before the courts.”

Chief Justice Hinkson also ruled against proposed regulations limiting ICBC and plaintiff lawyers in automobile injury court cases to only one expert each, and one report each, for fast-track claims valued less than $100,000, and up to three experts and three reports each for all other claims.

The government billed the cap on experts as a way to save money and part of the move towards a no-fault insurance system that went into place in May.

Still, Hinkson said the measures were unconstitutional because they violated the exclusive powers of a court to control its processes. The six-per-cent cap was the government’s response to that ruling.

Says Magraken: “The last attempt at limiting disbursements was an artificial cap on expert evidence plaintiffs could rely on. That was struck down as unconstitutional. If the court’s comments on this latest rule are any sign it [the new rule] too may be vulnerable and a formal judicial challenge is likely coming shortly.”

He adds: “The purpose of reforming rules of court and evidence is to have an even playing field. When rules are designed with an institutional litigant’s interests in mind, then problems can arise, as has been demonstrated with a host of B.C.’s recent interventions in tort claims.”