Decorum and codes of conduct are there for a reason

Members of the legal profession have always had to balance the tension between working for the benefit of their clients – using their knowledge of the law, and words, to make persuasive arguments – and being fierce, passionate advocates who are tempted to pull out all stops to win.

However, “as far as I am concerned, there is never a reason for lawyers to act with incivility,” says Ottawa lawyer K. Scott McLean, General Counsel and Director of Practice Management at Mann Lawyers.

Read more: The best in legal workplaces in Canada

He says that what concerns him most is when lawyers use lack of civility as a “tool” for trying to win a case or having an impact on the opposing lawyer. And as a lawyer with 44 years of commercial and related litigation experience, McLean says his experience leads him to believe that a lack of civility or collegiality often comes from a lack of preparation.

“If you are property prepared for you case, and I am comfortable and confident, there is no need to be that way,” says McLean, who handles complex commercial disputes at Mann, but is predominantly involved in supporting the continued development of the firm’s practice, including the recruitment and retention of associates, mentorship, and the provision of structured training programs.

He adds that lawyers are in a “privileged position” because they are part of a self-regulating profession with an essential duty to shape the law. By getting involved in extraneous, personal disputes, lawyers who don’t act with professionalism and respect for others ultimately end up fracturing the system by losing the respect of the citizens, they are supposed to serve.

McLean also points out that there are good reasons why specific protocols and codes of courtesy in court exist – not only to keep decorum but also to reinforce the legal system's gravity and the importance of what goes on in the courtroom.

In Canada and many other countries, the tradition of lawyers and judges wearing robes in court is part of expressing that need for professionalism, gravity, and civility. Using terms such as “my learned friend” when referring to the opposition council is a way to show professional courtesy and respect for those in service of the law and the legal system itself.

These traditions are not simply an “affectation” for the sake of public image that some might consider “pompous” or unnecessary, McLean says. As he sees it, this formality and courtesy are at the essence of why lawyer collegiality – and cooperation between all members of the court system - must be such a vital part of the law and justice in Canada.

This protocol is meant to send a message to whoever encounters the justice system that respect, and professionalism, are vital components. “If players in the system are not able to demonstrate respect for each other or for the court, then, in my view, we fail completely.”

The Code of Professional Conduct for lawyers says that lawyers play their part by ensuring “that matters entrusted to a lawyer be dealt with effectively and expeditiously, and fair and courteous dealing on the part of each lawyer engaged in a matter will contribute materially to this end.”

It goes on to says: “The lawyer who behaves otherwise does a disservice to the client, and neglect of the rule will impair the ability of lawyers to perform their function properly.”

The Chief Justice of the Supreme Court of Canada, Richard Wagner (who has also stepped in temporarily as Canada’s Governor-General, with the recent resignation of Julie Payette) has also remarked on the value of cooperation and the need for civility professionalism, and collegiality in the legal profession.

As he told an audience in 2019 attending the Cambridge Lectures, an event held by the Canadian Institute for Advanced Legal Studies at Queens’ College, University of Cambridge: “If we want to deliver an exemplary justice, one in which members of the public can have confidence, we need to make a more conscious effort to be civil, and collegial, even when we disagree with each other. Indeed, I’d say especially when we disagree with each other!” 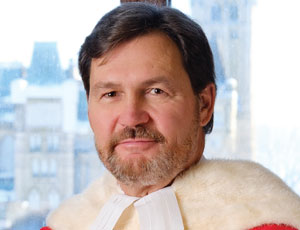 Collegiality demonstrates the value of cooperation

In his remarks, Wagner said that collegiality, cooperation and respect among lawyers and judges “does not mean that everyone is friends with everyone else,” or that there is never disagreement. Indeed, the Canadian judicial system recognizes the independence and the right to disagree as a constitutional principle. However, this right to freedom of thought “must be exercised in support of the rule of law, and not as a pretext for personal attacks for those who disagree with us.”

He added that “collegiality suggests multiple actors involved in coming to a decision.” 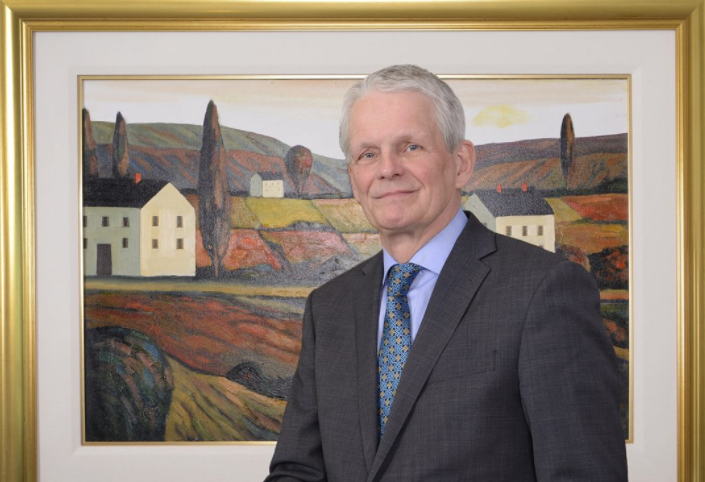 From a judicial perspective, Wagner said in his speech that the word “collegiality” evokes “a kind of working method for judges.” It is “a process that helps to create the conditions for principled argument, by allowing all points of view to be aired and considered.”

It is based on judges’ common interest, setting aside one’s ego, and focusing on law and justice.

Collegiality helps balance and moderate decision-making, he says, so no single decision is influenced by one judge's perspective. It means that several judges can decide a case at different levels, “sharing ideas and enriching their reflections” as they discuss legal issues.

“It’s a recognition that we may not always get it right the first time. And in a country like Canada, where the population tends to have more confidence in its judges than in its elected officials, our judicial office brings with it a duty to disagree in a principled manner.”

The codes of courtesy

McLean at Mann Lawyers wrote in a blog that disruptions of COVID-19 have “added vigour” to the need for civility.

“No matter what law we practice, being uncivil, inefficient and wasteful of time and resources is a luxury we can no longer afford (if we ever could).”

He adds that with the changes wrought by COVID-19 in the legal system, “there will be less tolerance, less patience at all levels for unnecessary positions and steps, for lack of efficiency among counsel, for lack of courtesy, collegiality, communication and collaboration in any practice.

“There will be the same lack of tolerance for one-upmanship or games playing. We will have to be sufficiently self-aware to up our game, and while doing so, to more fervently than ever before set an example in our offices and everywhere else, for those who follow.”

The Canadian Bar association several years ago posted an article on courtesy in the legal profession.

Here are just a few tips the author, Ron Profit, a lawyer with Cox & Palmer in Prince Edward Island, suggests: