Canadian law firms took nine of the top 10 spots for their roles in completed mergers and acquisitions in 2022 deals that involved any Canadian buyers or targets, based on the number of transactions in which they were involved.

“Torys was involved in a significant number of the major deals,” says Michael Amm, co-head of Torys’ M&A practice, who regularly leads complex transactions, domestic and international. “Our clients were active in many major deals across various sectors. Given the challenges noted under Q1 above, dealmaking has been getting more challenging and complicated – but commercially compelling and highly strategic transactions are getting done.” 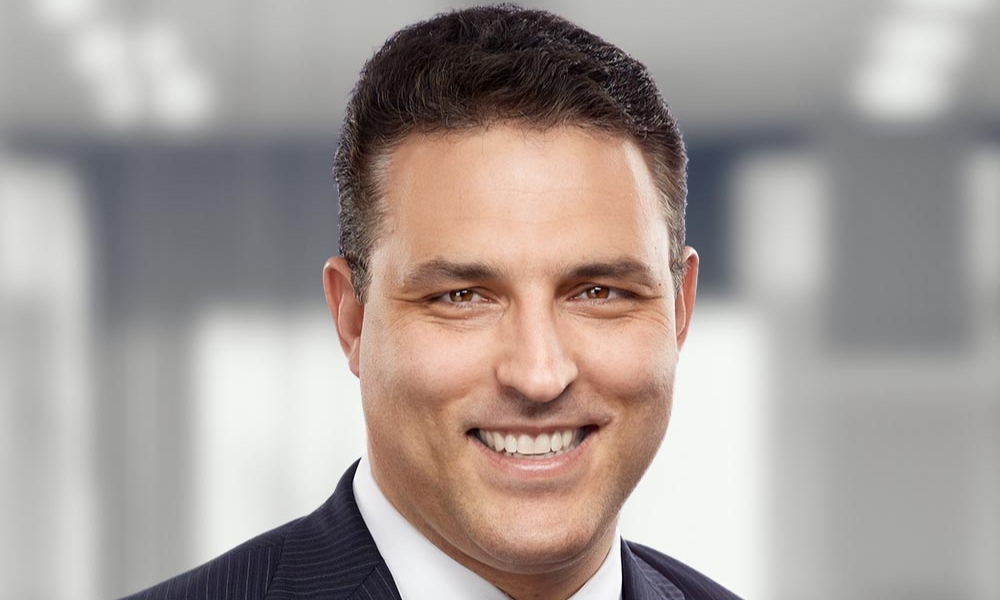 Osler took number one spot in Canadian-related deals, by number, improving on second place in 2021 with 171 completed deals valued at US $36 billion.

“We’re delighted by the trust that our clients continue to place in us with their most strategic transactions, and our continued success in league table rankings reflects that, says Alex Gorka, co-chair of the firm’s M&A practice. “Constructing and closing deals in 2022 was more challenging than in prior years, and we benefited from having an experienced and deep bench across all industries and practice areas to support our clients in doing so.” 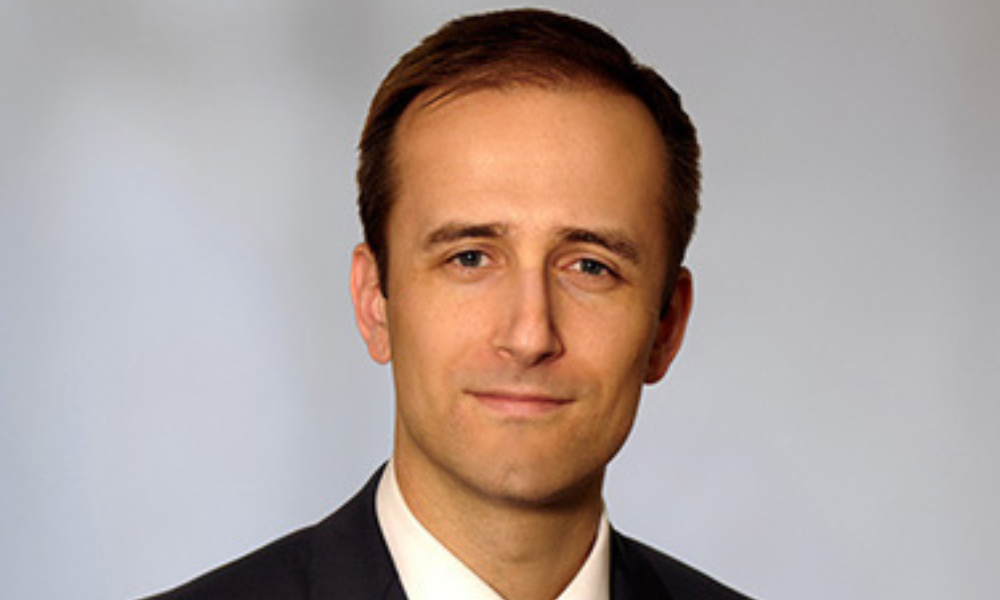 As for Fasken, it came in the second spot on the number of completed deals, with 147 deals valued at $25 billion, which also put it at number four in the list of top M&A legal advisers based on value.

Says Sarah Gingrich, Fasken partner and co-leader of the capital markets and M&A practice at Fasken: “We had a very busy year, across many sectors and are looking forward to the challenges of 2023. Transactions such as Rogers Communications’ C$4.25 billion and US$7.05 billion private placements of Senior Notes to support the acquisition of Shaw Communications, and Intertape Polymer Group’s US$2.6 billion sale to Clearlake Capital Group, are reflective of both the trust our clients place in Fasken and bench strength and capability of our team.”

Value and number of deals declined over 2021

Gorka notes that last year’s decrease came off a year of all-time highs for M&A in 2021. “The year was also a tale of two halves: an extraordinarily busy start to the year followed by a noticeable decline in activity in the second half,” he says. “Various factors contributed to the slowdown – inflation, higher interest rates, and geopolitical risks, all of which resulted in volatile markets, a more challenging financing environment, and greater macroeconomic uncertainty.”

Amm at Tory’s also acknowledged the comparative decline from a blockbuster year for M&A in 2021. Last year ended with a decrease in the number and value of transactions.

“Dealmaking in 2022 was buffeted by the forces of higher interest rates, inflation, more difficult borrowing conditions, geopolitical turbulence and the ongoing supply chain issues resulting from the pandemic – all of which brought much greater uncertainty to the deal environment.”

Still, he says, there were several “significant transactions,” especially in the financial services, mining and energy-related sectors.

Globally, the Refinitiv report says announced deals totalled $3.6 trillion during 2022, a decrease of 37 percent compared to the previous year and the largest year-over-year percentage decline since 2001. Completed deals worldwide totalled $3.54 trillion, a 22 percent drop over 2021. On number of completed and announced deals, both categories saw a drop of 17 percent in 2022.

Nearly 55,000 deals were announced during the full year 2022, a decrease of 17 percent compared to year-ago levels, representing a two-year low. Completed deals also dropped by 17 percent to over 43,000 deals.

As for thoughts on 2023, Gorka says that as multiples and valuations decline from recent peaks, there has been “some interest picking up amongst well capitalized buyers.” However, he adds, “what’s needed for deal activity to rebound is increased buyer confidence, and that will come as the macroeconomic climate stabilizes and equity and debt and equity markets become less volatile.”

Fasken partner and co-leader Sean Stevens says that "in general, we are expecting the first quarter to be slower, with the number of deals increasing as we move into the second quarter and beyond - companies with capital will always be looking to make strategic acquisitions and execute their business plans" He points out that private equity activity may not be as high as in the last couple of years, but "we expect PE firms will continue to do deals, particularly cross-border activity.'

While private equity may  cautious, Stevens says, "the capital will have to be deployed.”

Amm suggests that 2023 will likely bring more going-private transactions, driven by reduced valuations and lots of “dry powder” cash among private equity players. There will also be “public companies facing commercial and financial challenges, as well as companies who have gone public in the last few years who are struggling and trading well below their IPO price.”

There will also be more “regulatory headwinds” with intervention from the competition and anti-trust regulators and more aggressive foreign investment regulatory regimes, particularly regarding China. “All of this has resulted in longer regulatory review periods and discouraging some transactions from being pursued.”

However, key sectors to watch will include: 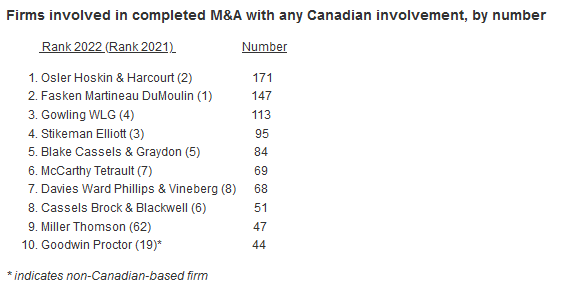 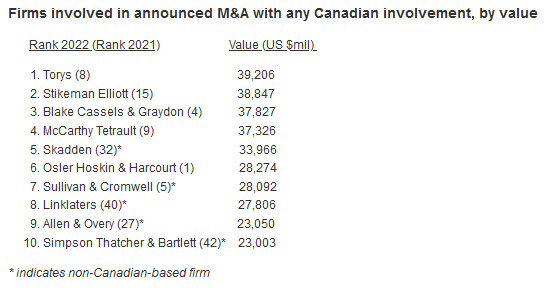 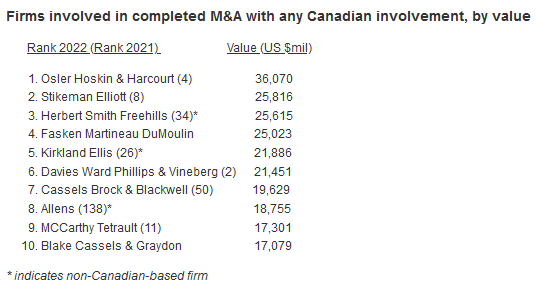 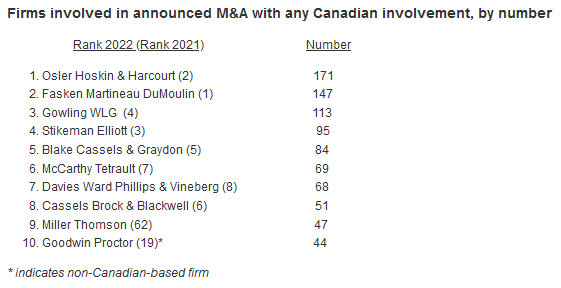